Meghan Markle reveals she quit Deal or No Deal after being ‘objectified’: Duchess says she was ‘reduced to a bimbo’ and not appreciated for her brains during her stint on the gameshow, as she introduces latest Archetypes podcast with Paris Hilton

Meghan Markle has opened up on being a Deal or No Deal briefcase girl and revealed she quit because she felt ‘objectified’ and like a ‘bimbo’ – a word at the heart of her latest Spotify podcast released today featuring Paris Hilton.

The Duchess of Sussex said she was grateful for the work as she tried to break through as an actress and ‘pay the bills’ – ‘but not how it made me feel, which was not smart’.

The California-based royal, who appeared on the programme in 2006, revealed that she and the other women on the show were forced to ‘line up’ for various beauty treatments including ‘padding in your bra’.

Meghan appeared on Season two of NBC’s Deal or No Deal 16 years ago. She first stood beside briefcase number 11 for two episodes, then moved to number 24. She left the show midway through the season. 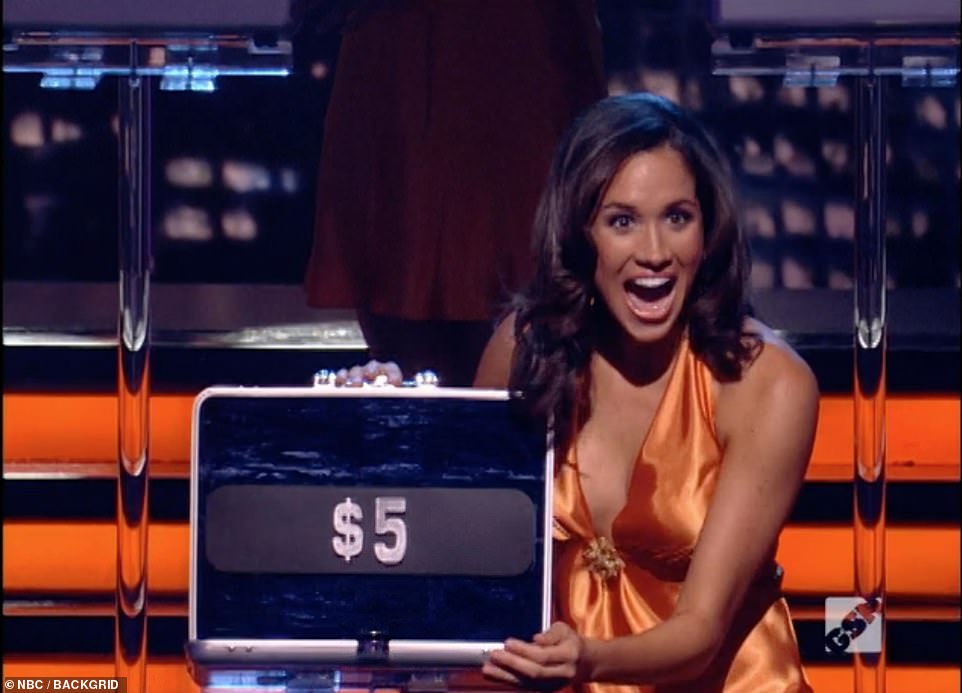 She said: ‘I ended up quitting the show. I was so much more than what was being objectified on the stage.

Meghan appeared on the show before he breakthrough on the hit show Suits, before she met Prince Harry.

She said: ‘I was surrounded by smart women on that stage with me, but that wasn’t the focus of why we were there and I would end up leaving with this pit in my stomach. Like I said, I was thankful for the job but not for how it made me feel which was not smart’.