A Memphis mini-golf center descended into chaos when 300 to 400 teenagers began destroying the place after problems with some of the complex’s games machines.

Video shot by one person who was at the Putt-Putt Fun Center said trouble suddenly erupted after some of the games consoles began swallowing money with staff seemingly unable to offer prompt refunds.

It immediately resulted in riot-like scenes as one teenage girl grabbed a plexiglass screen from the counter and hurled it at staff gathered behind. 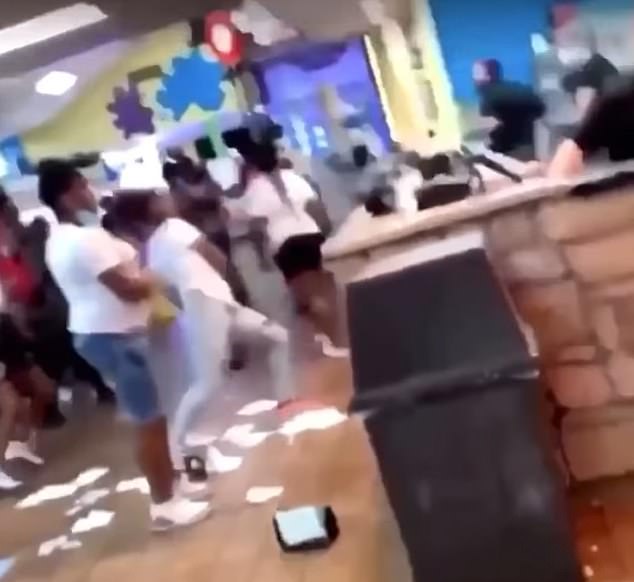 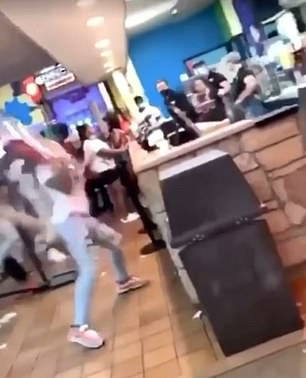 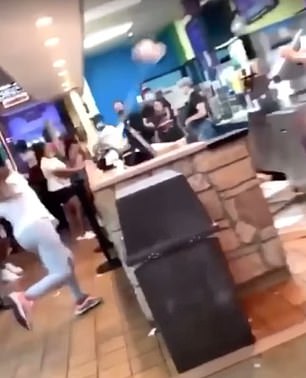 In a video, one girl could be seen tearing apart a plexiglass divider and throwing it across the counter where staff are standing behind 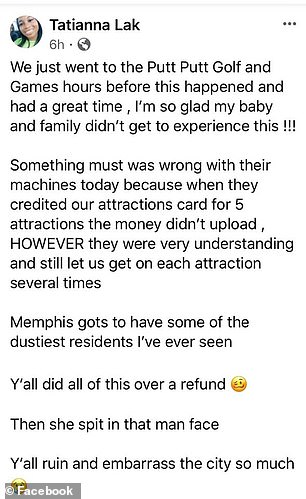 The same teen then grabbed a metal stand and chucked it over the desk again.

The shocking behavior kicked off a stampede which led to even more destruction with one person setting off a firework indoors.

Terrified staff could be seen cowering out of the way as other teens copied the appalling behavior.

Police officers responded to the call after the parents of the teens had left the property.

Police say that witnesses who saw the girl throwing objects at staff members was frustrated after she was unable to get a refund when some of the gaming machines at the Golf and Games Family Park appeared to be faulty and continued to take people’s money without giving them credit for playing time.

Moments later, the young girl was seen spitting at another worker according to CountOn2.

When police arrived, she was given a juvenile summons for disorderly conduct. 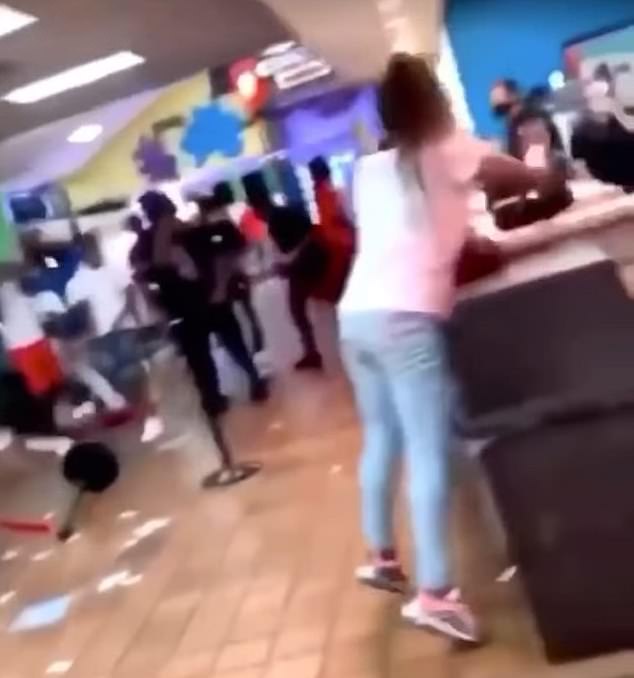 Tatianna Lak, who posted the video online wrote: ‘Something must was wrong with their machines today because when they credited our attractions card for 5 attractions the money didn’t upload, HOWEVER they were very understanding and still let us get on each attraction several times.’

The mini-golf center released a statement on their Facebook page on Sunday afternoon written by the center’s general manager, Aaron Boss.

‘Unfortunately, yesterday evening we had an incident that we have never experienced in 57 years of business. Parents chose to leave large groups of teenagers at our facility without parental supervision. Some of those people chose to create a disturbance the likes of which we have never seen. We are very thankful that none of our Golf and Games family or customers were injured in this situation. 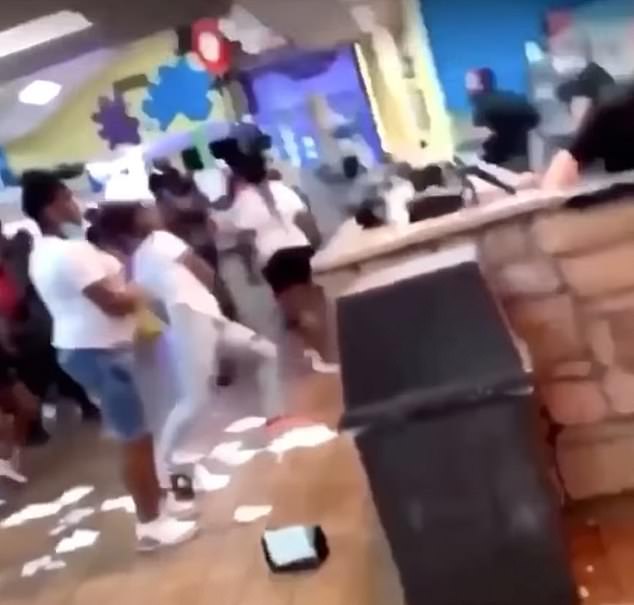 ‘We are actively working with authorities to identify those involved and hold them accountable for their actions. Going forward, all minors must be accompanied by their parent or guardian while at Golf and Games. Anyone that is left unattended will be asked to leave.

‘We are and always have tried to be the locally owned place for family entertainment for almost six decades. And we will always welcome those who choose to share their family experiences with us. We look forward to serving you soon.’ 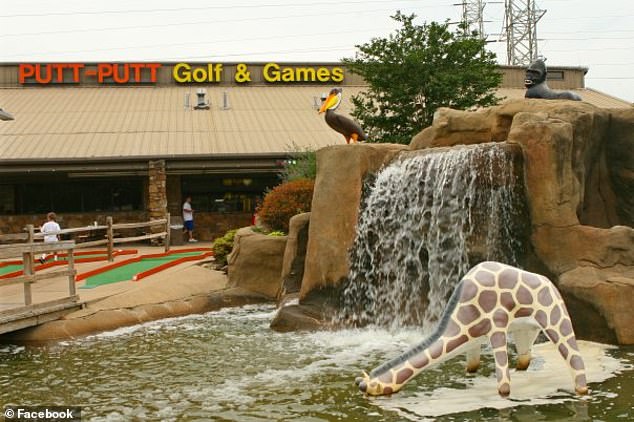 Incredibly the workers were unharmed as they managed to dodge the projectiles. The complex has now said that all minors must be accompanied by a parent or guardian