Angela Merkel’s would-be successor as Chancellor has said he will quit frontline German politics after leading his party to its worst ever election defeat.

Armin Laschet, 60, will take the rap for the CDU’s awful showing in the September federal elections to decide the country’s new government.

He has indicated his willingness to step down as leader of the party and has now said he will soon leave his position as president of the North Rhine-Westphalia region, Germany’s most populous state.

‘The responsibility for this result lies with me as leader and candidate for the chancellorship,’ Laschet told a party congress in Munster. 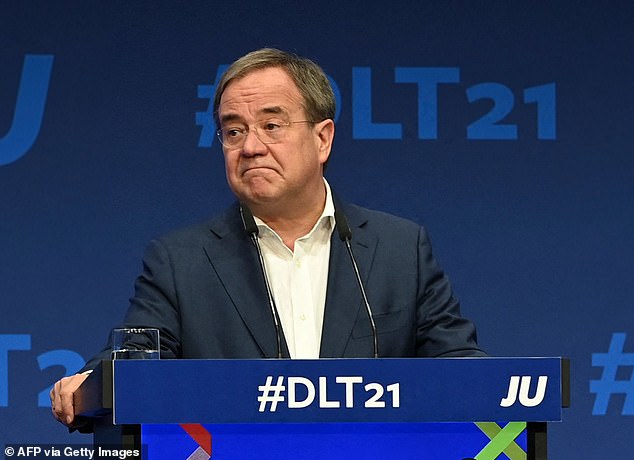 Armin Laschet, 60, will quit as party leader after taking responsibility for the Christian Democrats’ awful showing in the September federal elections to decide the country’s new government

The Social Democrats won the most votes and on Friday announced a preliminary deal to form a new coalition government with the Greens and the free-market liberal FDP.

If an agreement is reached, the Social Democrat Olaf Scholz should succeed Merkel as chancellor.

Laschet said the conservatives should now prepare to enter the opposition in the Bundestag, a position they have not had since 2005.

Laschet also said he would soon leave his position as president of the North Rhine-Westphalia region, the heartland of the CDU.

He called for a renewal of the party, through a generational change in leadership and greater involvement of women 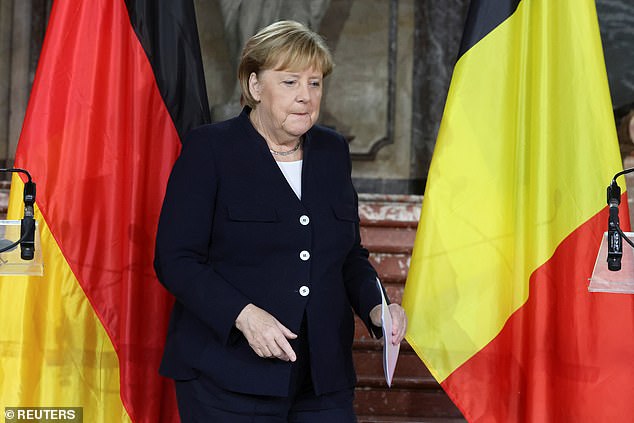 Laschet also urged greater unity within the CDU, a call echoed by Health Minister Jens Spahn who spoke of a ‘a crisis of cohesion’.

Spahn, 41, put himself forward as a candidate to ‘shape this new CDU’, adding that it was for ‘the generation after Merkel to accept its responsibilities’.

A day earlier, another potential candidate for the party, the ultraliberal Friedrich Merz, had warned that the CDU was ‘on the verge of collapse’.

While accepting responsibility for the defeat, Laschet he also pointed to the CDU’s poor behavior during the campaign. 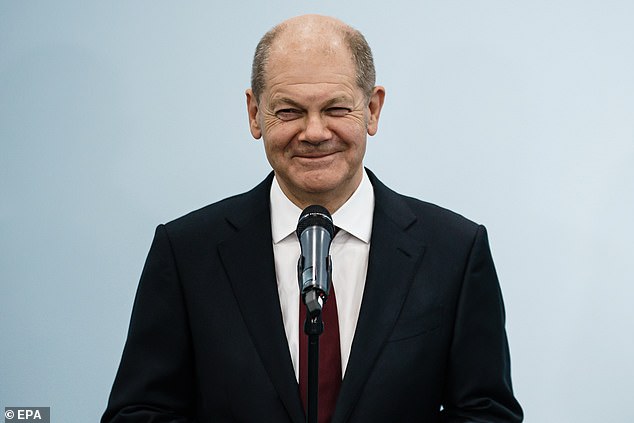 Laschet was nominated to run for chancellor in April after a bruising internal battle with more popular rival Markus Soeder, the leader of the Bavaria-only Christian Social Union party. Sniping from the CSU and other Soeder backers persisted in the following months.

The Social Democrats, by contrast, who themselves have seen plenty of infighting in recent years, decided last year that outgoing Vice Chancellor Olaf Scholz would be their candidate to succeed Merkel and united behind him.

‘That is what we have to learn,’ Laschet said. ‘Any mayoral election will be lost if there’s a decision that `he or she is our candidate,’ and afterward those who weren’t chosen say `Yes, but we had a better one.”

‘The Social Democrats showed how you can run a united election campaign despite contrasts,’ he added.

Scholz, who pulled his party out of a long poll slump, now appears on course to become Germany’s next leader in a coalition with the environmentalist Greens and the pro-business Free Democrats.

Laschet, who pledged before the election to go into national politics whatever the outcome, plans to step down as North Rhine-Westphalia’s governor later this month.