A message in a bottle written 50 years ago by a 13-year-old British boy has been found by a father and son in Australia.

Did you write the note? Or know the person who did?

Paul Elliot and his son Jyah found the bottle on the west coast of Eyre Peninsula in southern Australia while fishing.

Mr Elliot said he is now looking for the note’s author, Paul Gilmore, who described himself as a 13-year-old English boy travelling on a cruise ship along the southern Australian coast from Fremantle to Melbourne.

In Paul’s note he says he is on the TV Fairstar ship, an Australian-based cruise liner that was used to transport British immigrants in the 1960s.

The ship could hold up to 1,868 passengers and made its maiden voyage from Southampton to Sydney in 1964. 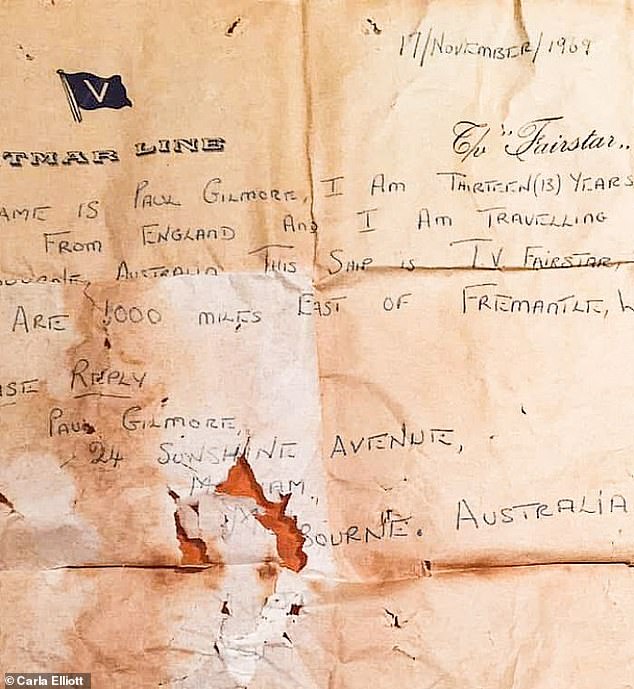 Government oceanographer David Griffin said the bottle could not have remained afloat for 50 years off the south coast because ‘the ocean never stays still.’

Mr Griffin suspects that the bottle had been buried on a beach for years and was then resurfaced by a storm.

‘If it had been dropped in anywhere in the ocean somewhere south of Australia, then there’s no way it’s going to stay actually at sea moving around for more than a year or two,’ he said.

The author gave his position as ‘1,000 miles east of Fremantle.’ 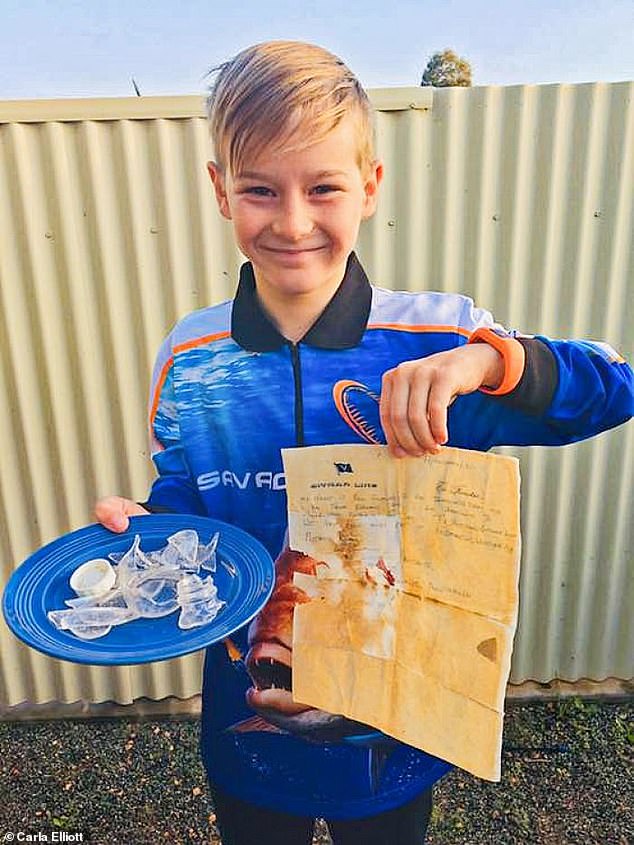 Paul Elliot and his son Jyah (pictured) are now determined to try and find the note’s author, 13-year-old Paul Gilmore 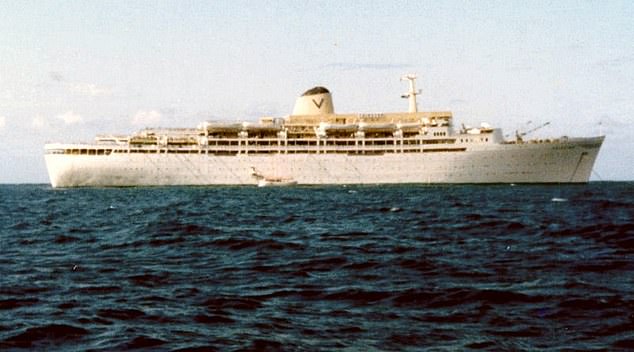 However it is not clear whether the author actually meant 1,000 miles (1,600km) out of Fremantle, which would have included a journey south along the west coast before turning east.

Hundreds of thousands of Britons migrated to Australia in the 1960s with the Australian government subsidising their fares. Children travelled for free.

But a quarter of them returned to Britain within a few years when life in Australia fell short of their expectations.