RAVER Michael Gove reads up on his techno night out on a flight home.

The Cabinet Office minister, 54, shocked revellers last weekend by dancing in a club to a DJ set in his suit. 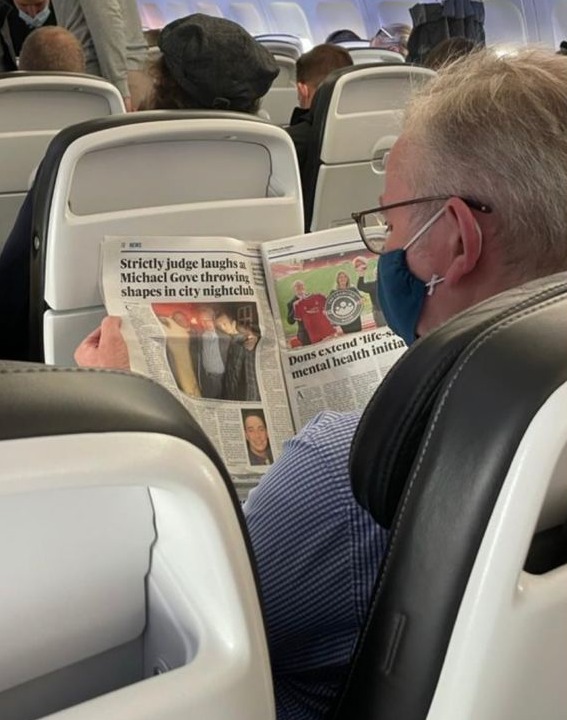 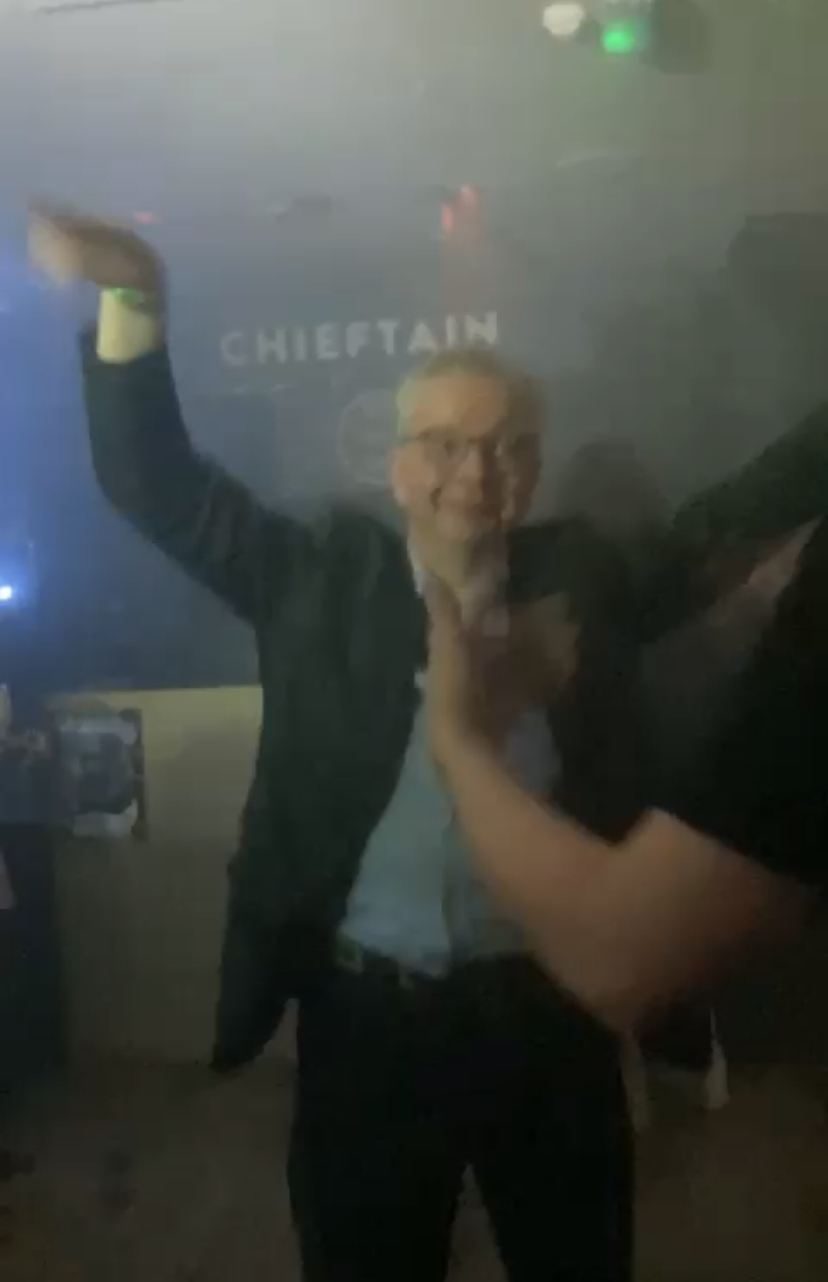 He was in Aberdeen to see his adoptive parents Ernest, 85, and Christine, 75, over the Bank Holiday.

They had no idea that his antics early last Sunday had been filmed and made headlines.

Christine said: “The first I knew was when I saw the pictures in the paper. I’m his mum, he doesn’t tell me everything.

"I was surprised to see him in the club but he looked like he was having a good time, which is the most important thing.”

Christine added: “I think he was de-stressing after the last few months. I don’t ask about his family life, that’s his business.

“His dad hasn’t been too well so he came up on a flying visit.

“When he was younger and living in London and Oxford, he enjoyed dancing and nights out but I was surprised to see the pictures of him in the club at 1am.”

Mr Gove arrived in Scotland last Saturday morning. After catching up with his parents, he met pals at the Tory association and spent time in a pub where witnesses said he enjoyed several glasses of red wine.

He later met more pals for city centre drinks, ending up in the club on his own. DJ Nina’s set included US star DJ Assault’s floor-filler Big Booty Hoes.

I think he was de-stressing after the last few months. I don’t ask about his family life.

Gary Cummings, 38, a service engineer from Maidenhead, Berks, bought Mr Gove a drink and said: “I shouted over if he was going to get me one back but he just shrugged then turned away.

“I thought, ‘Cheeky bugger’ and told the barman who then told me he hadn’t paid the £5 to get in.”

Mr Gove got a taxi to his parents’ at 3am. On Tuesday, he was seen on a BA flight from Aberdeen to Heathrow reading about his exploits.

A passenger said: “He was devouring every word and at one point seemed to be stifling a giggle.” 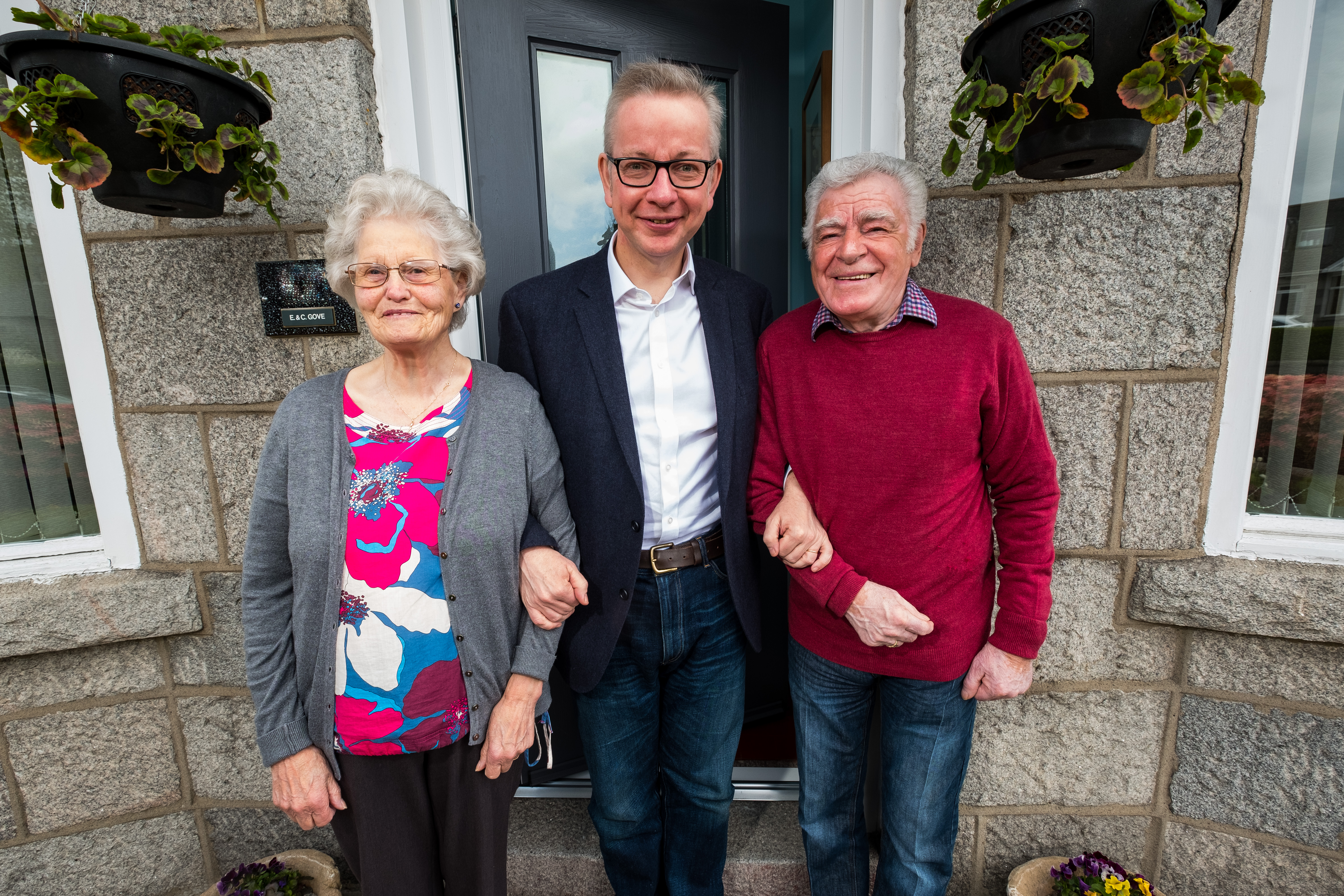 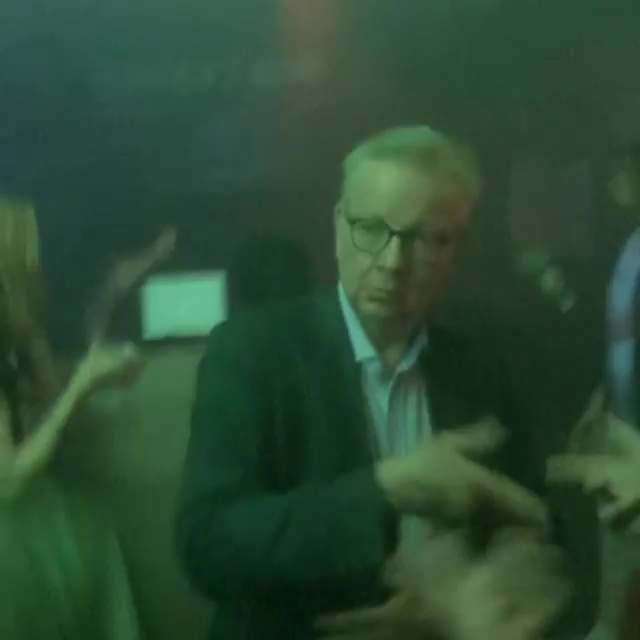