The mother of suspected Michigan high school shooter Ethan Crumbley texted him “Don’t do it” as he unleashed a barrage of gunfire, killing four students and injuring several others, including a teacher, prosecutors said Friday.

The revelation came as authorities charged the teenager’s parents – James and Jennifer Crumbley – with four counts each of involuntary manslaughter in connection with the Tuesday shooting at Oxford High School. The couple remains on the run and a “Be on the Lookout” (BOLO) has been issued. Their lawyers told Fox News they were returning to the area for their arraignment.

Oakland County prosecutor Karen McDonald outlined the reasoning to charge the parents during a Friday news conference where she revealed the chilling moments as gunshots rang out.

Minutes after Crumbley allegedly walked out of a bathroom and opened fire inside the school hallway, his mother texted him: Ethan Don’t do it,” McDonald said, citing testimony from Oakland County Lt. Tim Willis during a court hearing.

A day before the attack, she texted him after he was caught in school searching online for ammunition on his cell phone.

“LOL, I’m not mad, you have to learn not to get caught,” she allegedly wrote her son.

The weapon allegedly used by the 15-year-old was purchased on Nov. 26 by his father in a local gun shop, McDonald said. The teen subsequently posted images of the gun on social media with the caption: “just got my new beauty today [heart emoji] sig sauer 9mm any questions I will answer,” she said. 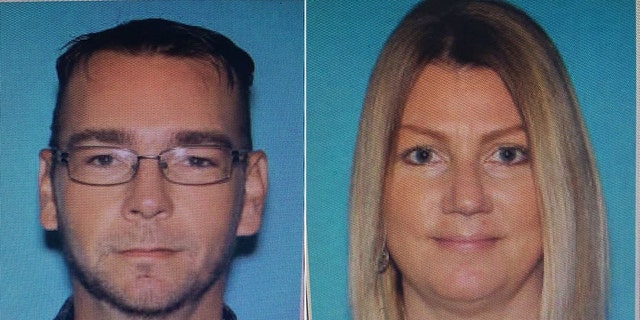 On the morning of the shooting, a teacher noticed a note on Crumbley’s desk with drawings of a gun, a bullet and a person being shot, McDonald revealed to reporters.

Both parents met with their son and school leaders Tuesday morning and left while Crumbley returned to class. He later fired at least 30 rounds into the school hallway. He faces multiple charges, including four counts of first-degree murder.

A search for James and Jennifer Crumbley was underway Friday after a statewide “be on the lookout” alert was issued. The U.S. Marshals Service was working with the Oakland County Sheriff’s Office to find them, the agency said. 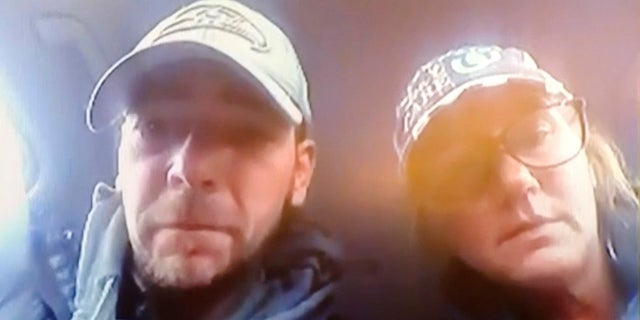 James, left, and Jennifer Crumbley are shown during the video arraignment of their son, Ethan Crumbley in Rochester Hills, Mich., on Wednesday, Dec. 1, 2021. A prosecutor filed involuntary manslaughter charges Friday, Dec. 3, 20201 against the Crumbleys whose 15-year-old son is accused of killing four students at a Michigan high school. (

“The Crumbleys left town on the night of the tragic shooting for their own safety. They are returning to the area to be arraigned. They are not fleeing from law enforcement despite recent comments in media reports,” attorneys Shannon Smith and Mariell Lehman told Fox News.