The founder of a militia group who was convicted of bombing a Minnesota mosque in 2017 now wants to be legally recognized as a transgender woman, as her public defender asks a federal judge to grant the minimum sentence on the grounds that gender dysphoria and online anti-Muslim content fueled an “inner conflict” leading up to the attack, according to court documents.

A federal grand jury in December returned guilty verdicts for 50-year-old Michael Hari for his role in the bombing of Dar al-Farooq (DAF) Islamic Center in Bloomington, Minnesota, on Aug. 5, 2017. Hari now identifies as Emily Claire Hari, federal Minnesota assistant public defender Shannon Elkins said in a recent filing asking U.S. District Judge Donovan Frank to give her client no more than 30 years in prison, the mandatory amount for Hari’s conviction, instead of the life sentence sought by prosecutors.

“She strongly desired making a full transition but knew she would be ostracized from everyone and everything she knew,” Elkins wrote, according to court documents obtained by the Minneapolis Star Tribune.

“Thus, as she formed a ragtag group of freedom fighters or militia men and spoke of missions to Cuba and Venezuela, Ms. Hari secretly looked up ‘sex change,’ ‘transgender surgery’ and ‘post-op transgender’ on the internet. As she purchased military fatigues for their ‘missions,’ she also purchased dresses and female clothing for a planned trip to Bangkok, Thailand, for male-to-female surgery. She was living a double life.”

The defense attorney further argues Hari “is not a ‘White Nationalist,’ a ‘Neo Nazi,’ a ‘Skinhead,’ a ‘Boogaloo Boi,’ nor part of the ‘Arian [sic] Brotherhood’,” though does contend that her client was influenced by content published online by Breitbart, World Net Daily and Jihad Watch, which the lawyer says were further augmented by unnamed elected officials.

“This degrading, anti-Muslim, and Islamophobic rhetoric and misinformation has spread throughout the United States over the past several years through social media and the internet,” Elkins wrote. “Emily Hari is more than a one-note caricature. She is a complex human being who has been convicted by a jury of her peers. She will stand before this court for sentencing, facing life in prison. She asks the court to consider a sentence that is just and proportionate rather than vindictive or symbolic.” 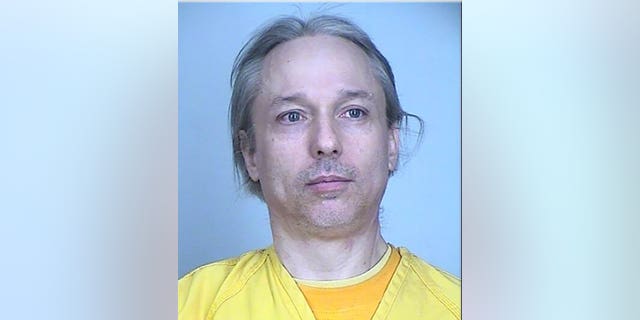 During the summer of 2017, Hari established a terrorist militia group called “The White Rabbits” in Clarence, Illinois, according to the U.S. Attorney’s Office for the District of Minnesota. Hari recruited co-defendants Michael McWhorter and Joe Morris to join the militia outfitted with paramilitary equipment and assault rifles, and the trio drove in a rented pickup truck from Illinois to Bloomington, Minnesota, to bomb the DAF Islamic Center.

Hari “targeted DAF to terrorize Muslims into believing they are not welcome in the United States and should leave the country,” prosecutors said in announcing her conviction on Dec. 9, 2020.

Arriving around 5 a.m. on Aug. 5, 2017, Hari waited in the driver’s seat of the truck after instructing Morris to use a sledgehammer to break the window of the imam’s office and throw a plastic container with a mixture of diesel fuel and gasoline into the office. Hari instructed McWhorter to then light the fuse on a 20-pound black powder pipe bomb and throw it through the broken window, prosecutors say.

After carrying out those commands, McWhorter and Morris ran back to the truck, and the trio sped away from the building and drove back to Illinois. Several worshippers were gathered in the mosque for morning prayers when the pipe bomb exploded, causing extensive damage to the imam’s office. The blast also ignited the gasoline and diesel mixture, causing extensive fire and smoke damage.

In arguing for the life sentence, prosecutors said in court documents also obtained by the Tribune that Hari’s bomb “was an act of terror intended to destroy the heart of a community.”

“To this day, the Dar al-Farooq community feels unsafe gathering, praying and bringing their families to the mosque,” the filing says. “With a single calculated attack, the defendant irrevocably destroyed the sense of safety and peace that a house of worship is supposed to provide.”

On Jan. 24, 2019, McWhorter and Morris pleaded guilty to their roles in the bombing.

Following a five-week trial, Hari was convicted on all five counts of the indictment, including intentionally defacing, damaging and destroying any religious real property because of the religious character of that property; intentionally obstructing, and attempting to obstruct, by force and the threat of force, the free exercise of religious beliefs; conspiracy to commit federal felonies by means of fire and explosives; carrying and using a destructive device during and in relation to crimes of violence; and possession of an unregistered destructive device.

Sentencing is scheduled for Sept. 13. Hari is also seeking an amended prison assignment given her new gender identity.