EXCLUSIVE: ‘They cut their bodies in half at the waist.’ Devastated mother of one of four murdered friends found dismembered and dumped in Oklahoma river tells how they were shot ‘multiple times’ with one victim’s arm ‘chopped off’ to ‘send a message’

The four men who were found dismembered and dumped in an Oklahoma river earlier this month were cut in half at the waist and had their limbs chopped off, DailyMail.com can reveal.

The bodies of Mark, 32, and Billy Chastain, 30, Mike Sparks, 32, and Alex Stevens, 29, were discovered in the Deep Fork River in east Oklahoma five days after they were reported missing.

It’s believed the men, who were close friends, were last seen leaving a house in Okmulgee on bicycles on October 9 before they vanished.

Their official cause of death is still pending, but police say all four had gunshot wounds and their bodies had been dismembered.

In an exclusive interview with DailyMail.com, Alex Stevens’s mother Teresa Stevens said: ‘My son and his friends were first shot multiple times, chopped in half at their waist and then thrown into the Deep Fork River to rot away.’

Trying to compose herself, Stevens added that police had told her the murderer had also ‘chopped off one of their arms.’ 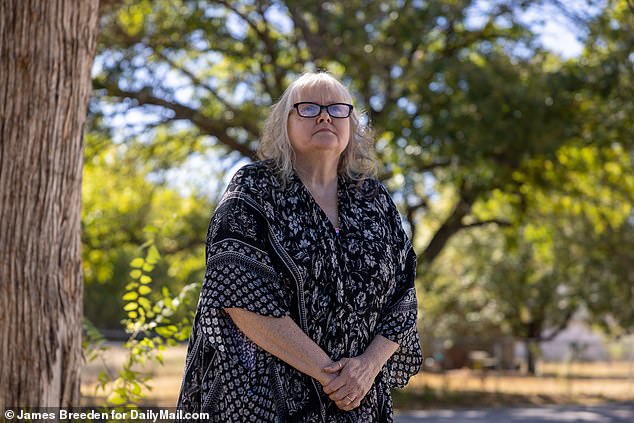 Teresa Stevens revealed her son Alex, 29, and his three friends were ‘first shot multiple times, chopped in half at their waist’ and then thrown into a river, in an exclusive interview with DailyMail.com 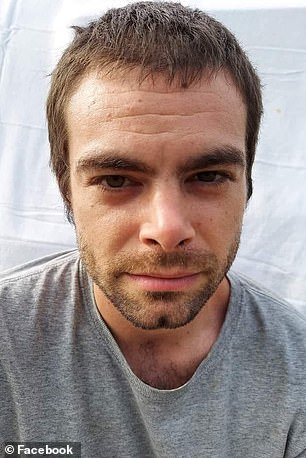 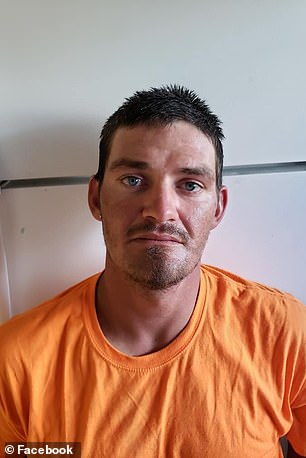 Teresa’s son Alex Stevens, 29, (left) and Mark Chastain, 32, (right) were among the four cyclists whose bodies were found dismembered and dumped in a river in Oklahoma last week 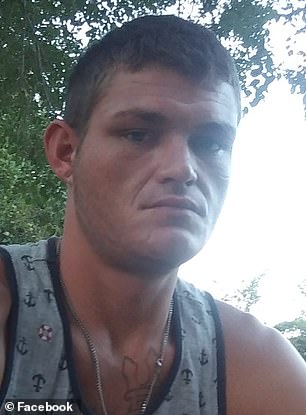 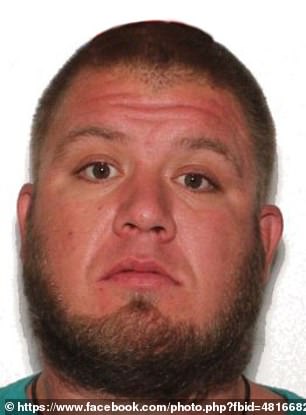 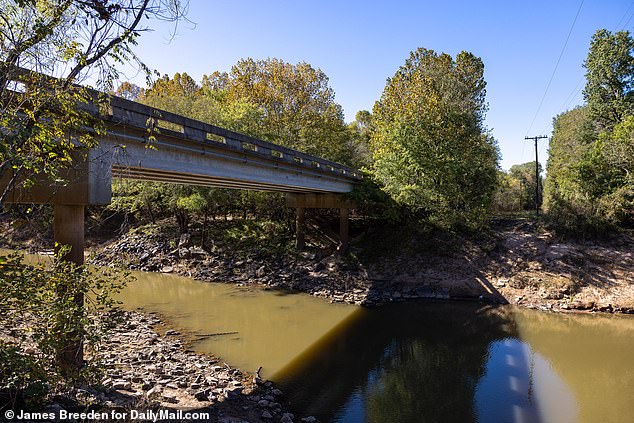 The grieving mother is having trouble coping with the horrific news, saying she not only had to learn her son had been murdered, but having to hear that his body was cut in two has been just too much to handle.

‘It’s something your read about on the news, about what they did to my son and his friends,’ she said.

‘To chop a body is half is what the drug cartels do to the dead. Whoever did this clearly wanted to send a message.’

Stevens, who works at the same local health care facility where Alex was a dietary aid, said she last saw him on Sunday, October 9 when he was going to visit friends.

She reported her son missing around midnight the next day after he failed to show up for work.

‘My son never misses his work shift and he had to work at 11pm that Sunday. He doesn’t own a car, so I take him to work.

‘When he didn’t show up for me to take him to work on Sunday evening, I became worried.

‘A few hours later I went to the Okmulgee Police department and reported him missing.’

Stevens said that Alex did not have his cell phone on him because he had ‘run out of minutes,’ but had his backpack and wallet.

Okmulgee is a small town 40 miles south of Tulsa with a population of 11,000. It’s a bedroom community of its northern neighbor.

The town is run down, there are a few national box stores and restaurants in the town but not much else. 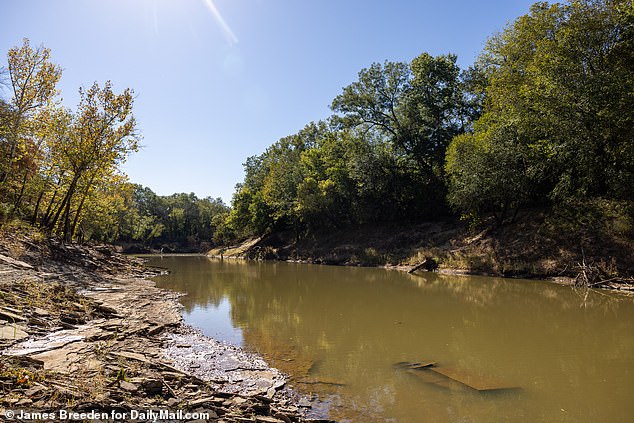 It’s believed the men, who were close friends, were last seen leaving a house in Okmulgee on bicycles on October 9 before they vanished 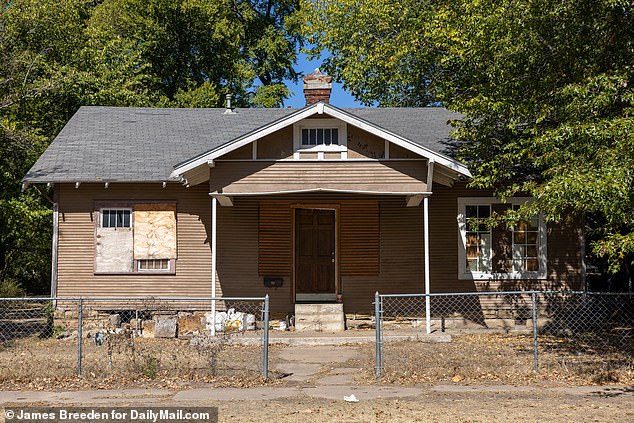 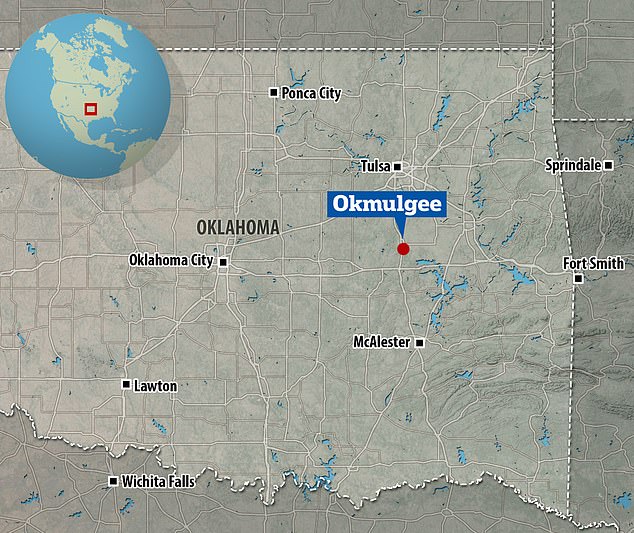 Okmulgee has a Coca Cola bottling plant and prides itself on being the capital of Na Muscogee (Creek) Nation – a Native American tribe – since 1868.

According to neighborhoodscout.com, Okmulgee has one of the highest crime rates in America compared to all communities of all sizes – with a crime rate of 51 per one thousand residents.

There is a one in 20 chance of becoming a victim of either a violent crime or property crime.

More than 96 per cent of the communities in the whole state have a lower crime rate than Okmulgee. 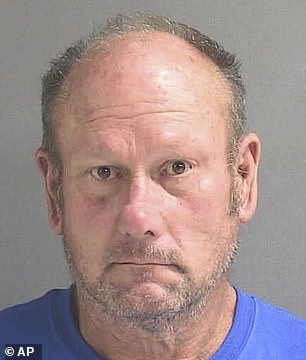 Joe Kennedy, 67, the owner of several scrapyards, was arrested on Monday in Daytona Beach Shores, Florida while driving a stolen vehicle. He is a person of interest in the ‘violent’ quadruple murder

The greater Okmulgee area has an average about two murders per year for the past several years.

While so far there have been no arrests in the quadruple homicide, Okmulgee Police Chief Joe Prentice has named local scrap yard owner Joe Kennedy, 67, as a person of interest.

Chief Prentice told DailyMail.com: ‘Right now Joe Kennedy is a person of interest. We want to talk to him about the four men who were murdered.’

Kennedy is currently sitting in a Volusia County Jail in Florida after being arrested by Dayton Beach Shores police on October 16 for motor vehicle theft.

Prentice said: ‘From what we’ve put together so far is that the four men left Billy’s house on 6th Street on their bikes around 5:30pm on October 9 and went to an area near a salvage yard on 20 street about one mile away. Joe Kennedy is the owner of the salvage yard.’

He said one of the men’s cell phones ‘pinged’ its location several times around the 20th Street salvage yard.

The phone pinged at that location until approximately 7:55pm then the phone pinged another location about six miles away at another salvage yard that is owned by Kennedy a little after 8pm that same night.

The phone pinged for several minutes then went silent, ‘either the battery died, it was tuned off or the phone was destroyed.’

Prentice said from the GPS location ‘ping’ near the 20th Street salvage yard, police later discovered ‘evidence of a violent crime,’ but he did not provide further details. Pictured: General views of the scrap yard belonging to Joe Kennedy, a person of interest in the quadruple murder 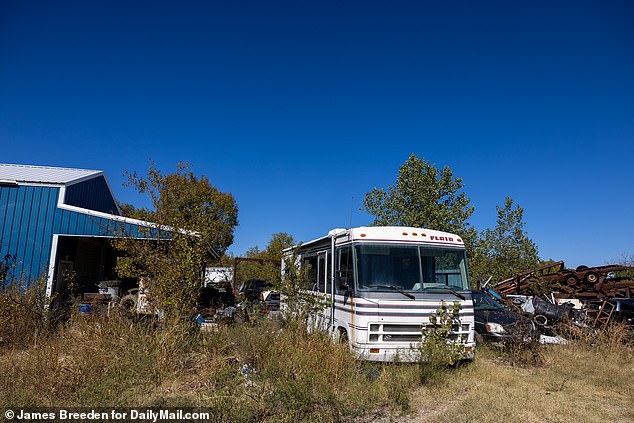 Police told DailyMail.com one of the victim’s phones had ‘pinged’ near the 20th Street salvage yard, where authorities later discovered ‘evidence of a violent crime’

No evidence of a crime was found at the other salvage yard location.

He said police learned from a tipster that the four men were going to ‘hit a lick’ – rob something or someone – on October 9, but authorities are not sure if the salvage yard was an intended target.

While Prentice says Joe Kennedy is as of now only a person of interest, he says they haven’t ruled anything else out. 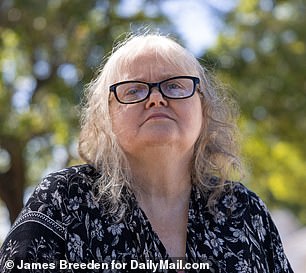 ‘As of now I can only say at least one person was involved in the murder of these four men,’ he said.

‘After we conduct our investigation, we could find out there may be accomplices. We will go were the evidence takes us.’

Prentice said they are yet to speak with Kennedy at the Florida jail where he is being held.

‘We are working on that and working on bringing him back here to Okmulgee, it could take weeks or months to extradite him. The time frame is going to depend on Joe Kennedy.

‘We have been working non-stop since October 10, we are still gathering evidence.

‘When we are finished and have enough to charge someone with this horrible crime, we’ll submit it to the District Attorney for charges.’

He declined to discuss the specifics about the dismemberment of the victims other than to say it was horrific.

‘The world gets more violent. The lengths people are willing to go, gets worse as times go by,’ he added. 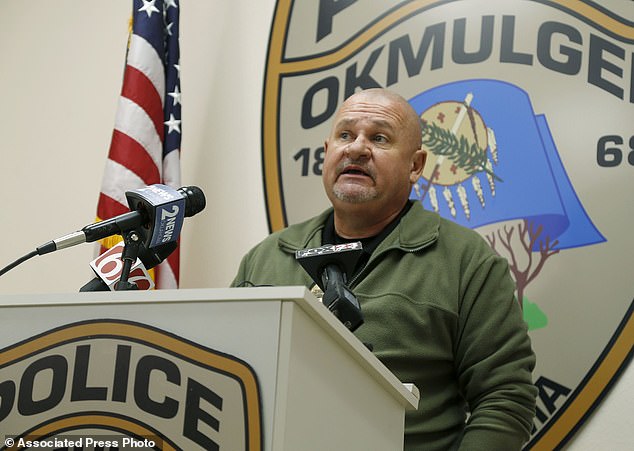 Meanwhile, Alex’s mother remains in disbelief over the quadruple murders and can’t believe her son is gone.

‘Even if they were up there at the salvage yard up to no good or drugs were in involved, no one deserved to die,’ she said.

As far as she knew, her son didn’t personally know Joe Kennedy, but Stevens said she’s also not surprised that he’s been named a person of interest.

‘While I don’t personally know him, I’ve heard about him around town and from what I’ve heard he’s a person of questionable character.’

She also said she believes there had to be more than one perpetrator because of the barbarity of the crime.

‘For one person to kill four grown men, chop their bodies up, and dump them in a river…I just can’t see one person doing all of that.

‘Whoever did this had to have help.’

The medical examiner in Tulsa still has her son’s remains. She said they are still conducting an autopsy, but she plans to have him cremated when they turn over his remains.

She added: ‘Something no mother should have to do is outlive their child.’