THIS is the shocking moment cops aimed their tasers at a man holding a knife in the street – not realising he was actually a Good Samaritan.

Officers were called to the terrifying scene following reports of a double stabbing near a parade of shops in Longsight, Manchester. 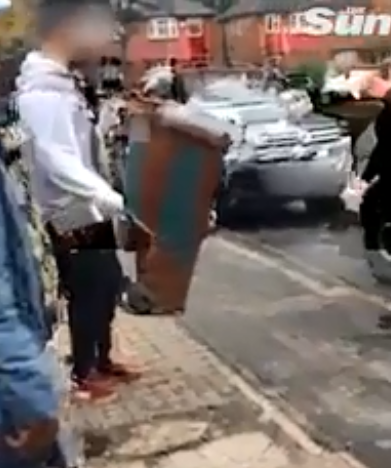 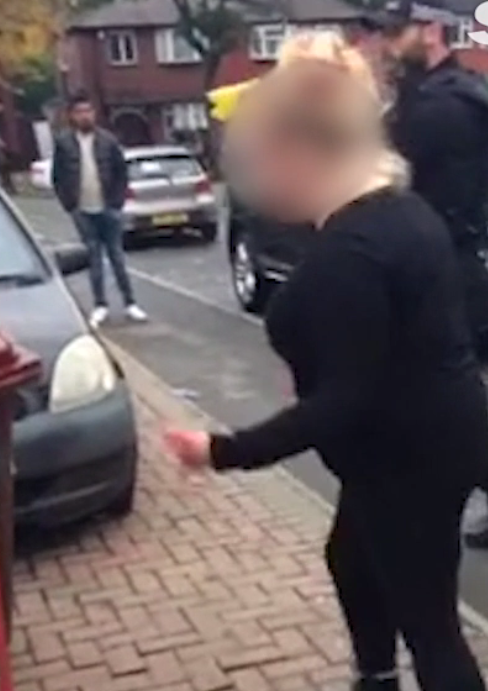 When they arrived they found the man holding the kitchen knife and a wheelie bin facing off with a blood-soaked blonde woman.

Not surprisingly, they pointed their tasers at him and ordered him to drop the weapon.

It was only when terrified onlookers started screaming "it's her, it's her" they realised they were targeting the wrong person.

Within seconds one of the officers moved in and expertly took the female suspect down, reports the Manchester Evening News.

Shocked witnesses later told how they saw a man with blood pouring from his back after he was attacked at around 4pm yesterday. 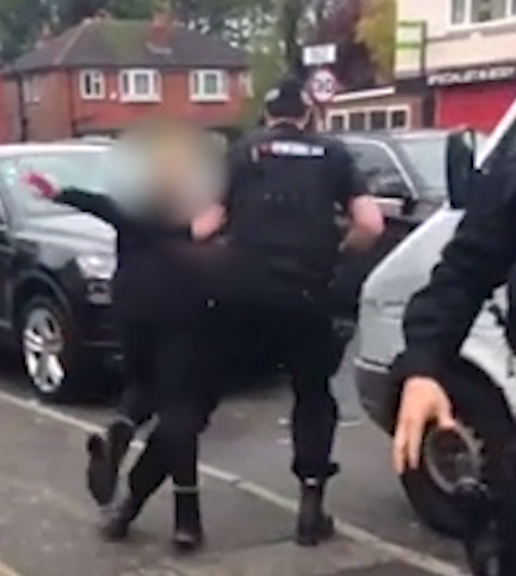 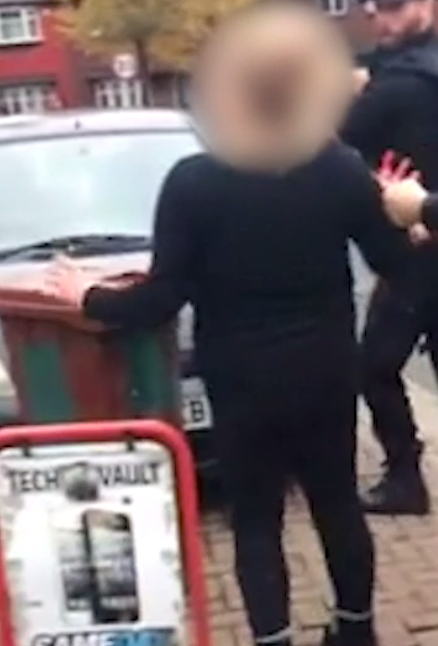 A 17-year-old and a 20-year-old were hurt and taken to hospital, the police confirmed.

One witness told the MEN how she saw the drama unfold when she drove past with her family.

"She was shouting all sorts at them. She stabbed a young boy in the lower back on the left hand side.

"She had a kitchen knife, it was six or seven inches. It was shocking to be honest. It was around the corner from where we live.

"At the start there were around five or six people, then by the end there were between 15 to 20. He was clearly in agony. They phoned the police. She was running at each boy."

A GMP statement read: "Police were called to Meldon Road just after 4pm on Tuesday.

"Two men, aged 17 and 20, were taken to hospital with stab wounds. Their injuries are not believed to be life threatening, GMP said.

"A 28-year-old woman has been arrested on suspicion of section 18 assault and remains in custody for questioning." 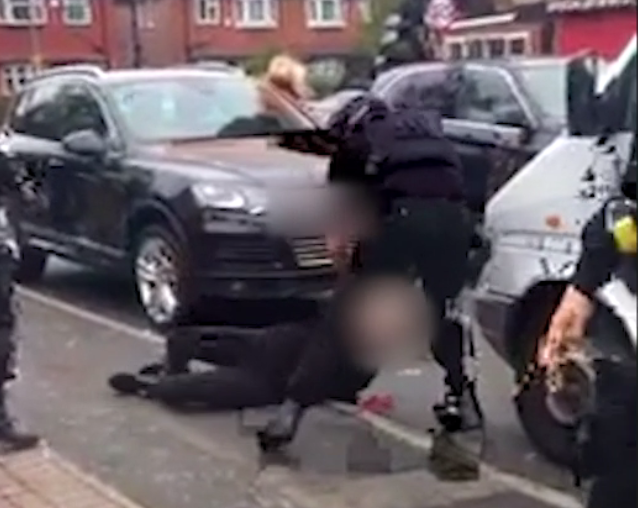