Dashcam video shows the moment eight Michigan deputies lifted an overturned car to rescue a woman trapped beneath it Thursday.

The 24-year-old woman was ejected from her vehicle in a violent crash after a speeding car ran a stop sign and barreled into the side of her red Pontiac, leaving her pinned unconscious underneath.

Her two-year-old son, who was in the car with her, was left dangling upside down in a car seat.

Police arrested the man they said was responsible for the crash, 30-year-old parolee Dontonio Temone Nichols, who the Oakland County Sheriff’s office said was fleeing a traffic stop for speeding when he blew through the stop sign. 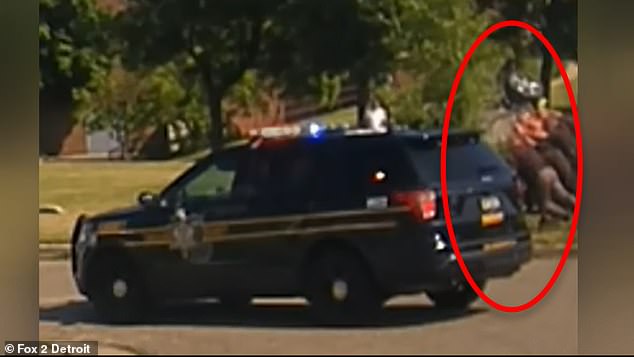 Video of the crash and subsequent rescue show the woman’s feet sticking out from underneath the flipped car. 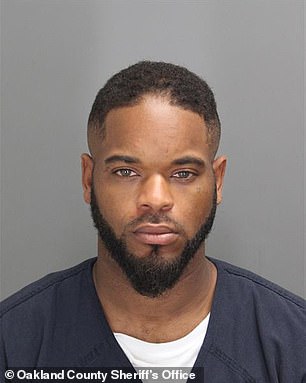 Nichols can be seen stumbling out of the passenger-side door of his SUV after the impact, and running away.

‘He had to get out the passenger side of his car because it was so impacted from the crash so he knew it was a traumatic crash and didn’t care what happened to whoever he hit,’ Oakland County Sheriff Mike Bouchard told reporters, according to Fox2.

‘The first deputy there obviously knew he would have to call for a lot of help,’ he said. ‘Thankfully deputies got there very quickly and realized they couldn’t wait for any kind of mechanical assistance.’

Seeing it was a life ‘life and death’ situation, Bouchard said the deputies sprang to action, and worked to lift the car themselves.

‘They realized this was life and death, she’s under the car, they couldn’t wait for any kind wreck assistance,’ he said, adding that rescue tools such as the Jaws of Life would have likely been ineffective in the situation. 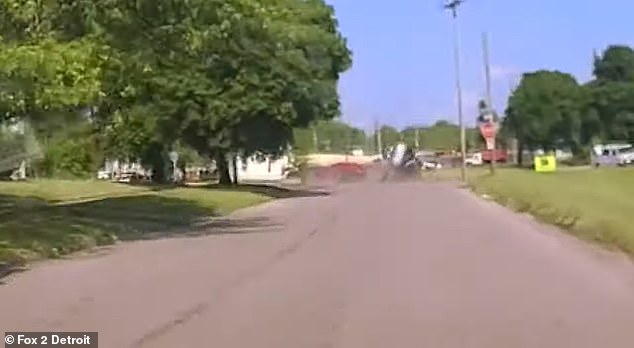 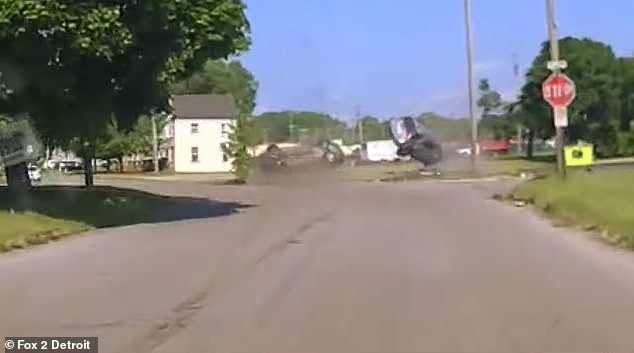 Nichols reportedly blew through a stop sign and barreled into the side of the woman’s Pontiac, flipping it 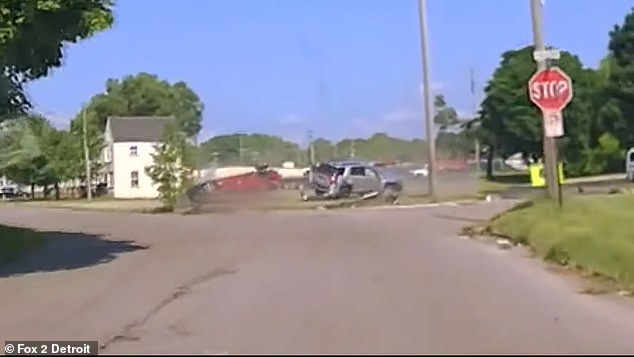 The woman was thrown, unconscious from the vehicle 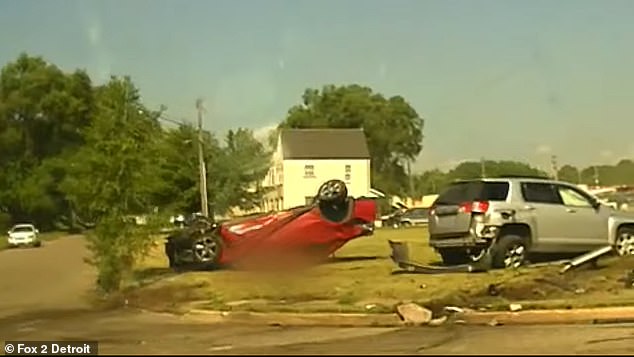 Her legs could be seen sticking out from beneath the car. She is reportedly in critical condition

After fleeing the scene of the crash, Nichols was found and arrested the next day for driving with a suspended license, failure to stop at the scene of an accident and resisting arrest, according to the Oakland Press.

He was reportedly a parole absconder after being paroled on July 2, 2019, according to the outlet, and had a criminal record dating back to 2008 with convictions for home invasion, fleeing a police officer, cocaine possession and hiding stolen property in a vehicle. 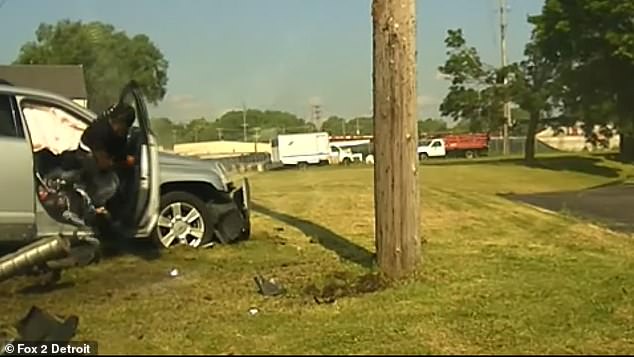 Nichols stumbled out of his SUV after the crash and fled 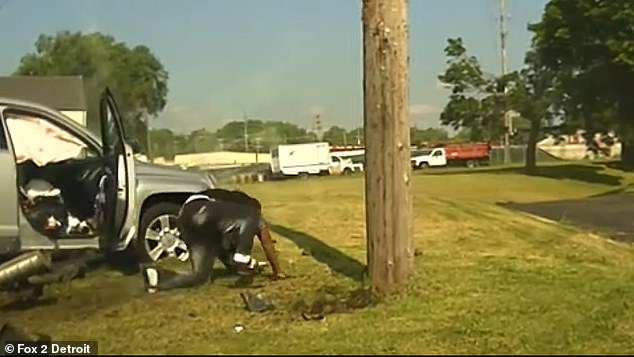 A deputy had been trying to pull Nichols over for speeding through a construction zone when he attempted to speed away.

The woman involved in the crash was not wearing a seatbelt and is in critical condition. Her son was uninjured, police said.