MOPED gangs are ramming cyclists off their bikes to rack up likes in a dangerous new Instagram craze plaguing the UK. 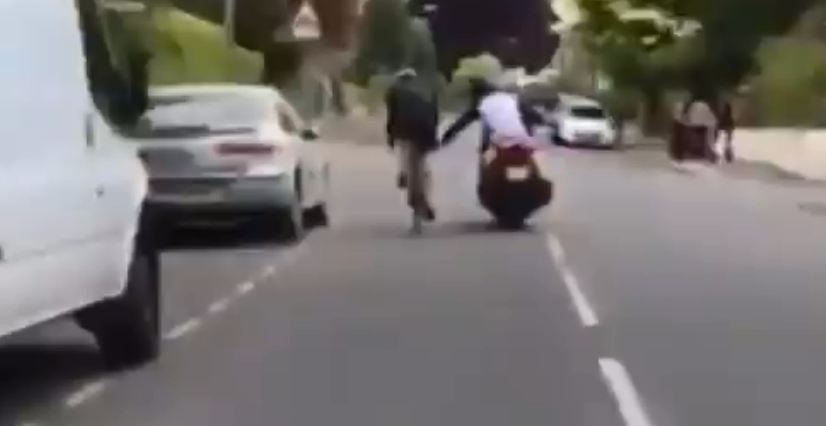 In one clip, a person riding their bike at night through Sutton, South West London, is kicked off by a moped lout as he shouts: "Get over".

As the video continues, another cyclist wearing a bright orange jacket is shoved into a wall by someone on a scooter, yelling: "He's off, he's off".

The shocking footage is then shared online by moped gangs hoping to get 'likes' for their violent outbursts.

Yobs are also sharing videos of themselves stealing motorbikes and offering them up for sale, The Times reports.

He said: "It is utterly wrong that social media is used to advertise and glorify crime, or sometimes facilitate it.

"It’s also not right to have to report, then have a battle to take such horrible stuff down. They need to do more to moderate themselves and the government needs to legislate to encourage this.”

One video posted online shows a rider leaning over to a cyclist – causing him to fall off – before the footage switches to a moped driver smashing a driver's window while laughing.

Other scenes show brazen thugs being chased by police, the inside of a car getting torched and a car being smashed off the road from behind by a person driving a Land Rover.

The video ends with footage of 4×4 vehicles ramming into parked cars and one ends up on its roof at the side of the road.

One clip found by the newspaper shows a gang using an angle grinder to steal bikes worth thousands of pounds as they brag: "We be working when your sleeping [sic]”.

Sam Jones, senior campaigns officer at Cycling UK, said: “This sort of behaviour is a sick joke which is putting people’s lives and well-being at risk.

The Scorpion Squad – How 'tactical' ramming was unleashed against gangs

Scotland Yard introduced the bold new tactic of ramming moped thugs in October 2017 as part of a crackdown on the alarming rise in moped crime.

Senior officers defended the tactic, saying it was needed to stop dangerous chases and has helped reduce moped-enabled crime in London by over a third.

The manoeuvre has also been backed by Prime Minister Theresa May and Home Secretary Sajid Javid.

Metropolitan Police commissioner Cressida Dick also backed the tactic, saying cops had to "put fear back into the criminal".

However, under existing laws, cops chasing moped thugs are subject to the same legal test for careless and dangerous driving offences as members of the public.

Even if they escape prosecution, cops can be investigated for gross misconduct and sacked.

Cops who face charges often have to wait years before having their names cleared.

“It is despicable behaviour which seeks to glamorise petty thuggery.

“Social media outlets have a responsibility to make sure content like this doesn’t make it before the public — but perhaps more importantly this should act as a wake-up call that the country needs more roads policing.”

A spokesperson added: "Illegal activity, including the support or praise of it, is not allowed on Instagram.”

The growth of moped crime – in which some criminals have stolen up to 30 phones in an hour – has exploded by 1,000 per cent across the UK in the past three years.

And Lawless London has seen the highest spike in moped muggings, where over 19,000 separate offences were recorded last year alone.

Victims are often targeted as they're coming out of tube stations and other transport hubs where they're more vulnerable to attacks.

Thieves snatch handbags, watches and other expensive items before making an easy getaway.

Cops had been criticised due to a widespread belief that they weren't allowed to pursue a suspect on a moped if they weren't wearing a helmet.

But proposed changes in the law make it explicit that specially trained police drivers can chase a rider without a helmet.

The spray marks the clothes, bikes and skin of riders with a uniquely-coded but invisible DNA that can later be used as forensic evidence linking suspects with specific crimes.

And the tactics appear to be working – while there were 19,455 offences of moped crime in London between January and October last year, the same period has seen 12,419 offences this year – a reduction of 44 per cent. 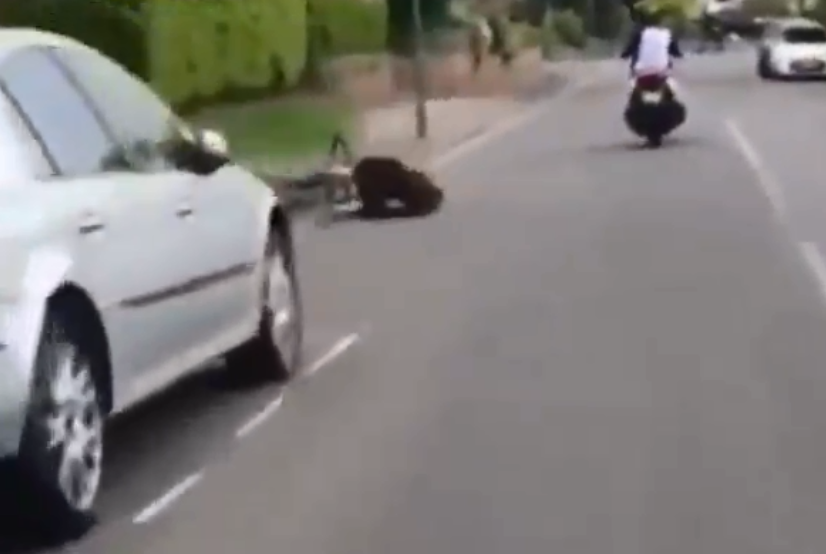 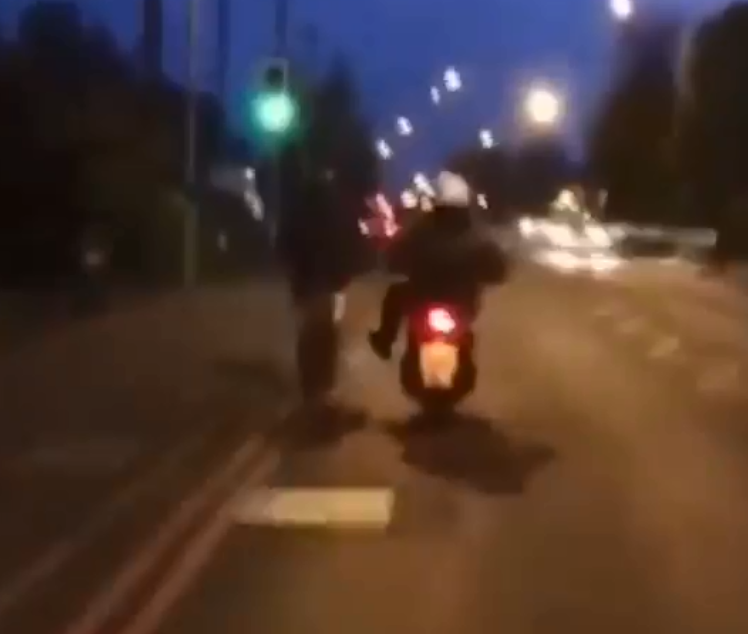 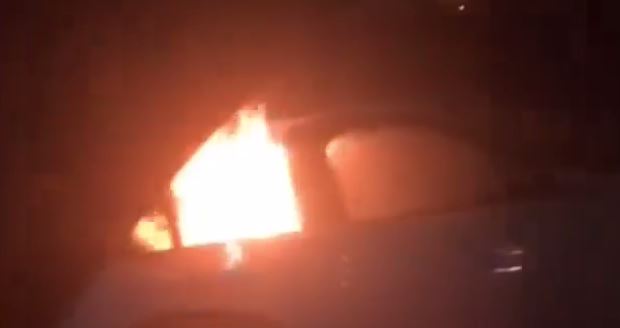