‘I was gagged over fire in ‘fixed’ tumble dryer’: Mother, 35, who fled blazing home with her four children was ‘told to sign a document’ by manufacturers to keep her quiet

A mother who fled her home with her children after a supposedly safe tumble dryer caught fire has broken a gagging order to attack the manufacturer.

Jemma Spurr, whose baby was asleep in her cot at the time, said it was lucky no one died in the Hotpoint blaze.

The 35-year-old spent months waiting for compensation for the massive damage to her five-bedroom rented home.

Whirlpool, the parent company of Hotpoint, agreed to pay her more than £11,000 only after she signed a document agreeing not to discuss the fire with anyone, including broadcasters and social media. 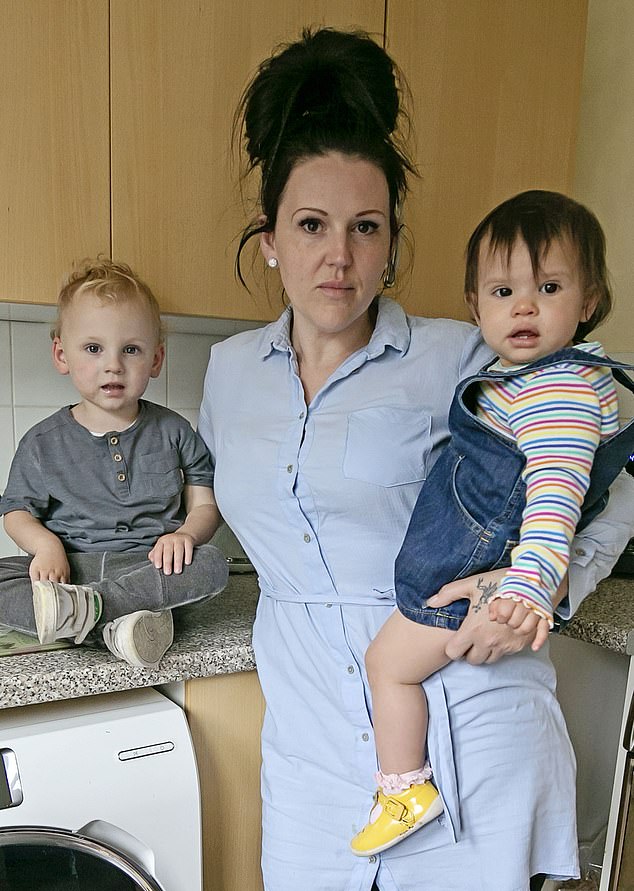 Jemma Spurr, with her children Freddie and Amber, had to flee her home after her tumble dryer caught fire 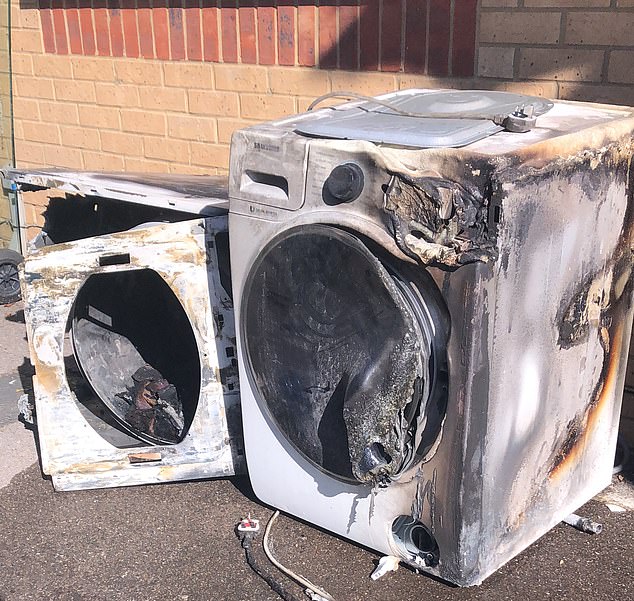 Whirlpool, the parent company of Hotpoint, agreed to pay Miss Spurr more than £11,000 only after she signed a document agreeing not to discuss the fire with anyone

But the mother of four, from Sarisbury Green in Hampshire, decided to speak out after the Daily Mail revealed that Whirlpool was using non-disclosure agreements.

‘It felt 100 per cent they were trying to keep us quiet, it’s disgusting,’ said Miss Spurr. ‘How can you not speak about something like that after what you’ve been through?’

Despite her misgivings, she said she felt she had to sign the non-disclosure agreement because she could not afford to lose the settlement.

More than five million dryers under Whirlpool’s Hotpoint, Creda and Indesit labels had a design fault that has caused at least 750 household fires since 2004.

The blazes start when fluff thrown off clothes touches the heating element. Whirlpool began a drive to modify the machines four years ago – but at least half a million are thought to be still in use without being fixed.

The company says the modification has worked and a Government review found fixed appliances had a ‘low’ fire risk.

But consumer groups said the inquiry failed to speak to at least 35 householders whose modified machines caused problems.

Miss Spurr’s dryer was modified two years before her fire broke out. 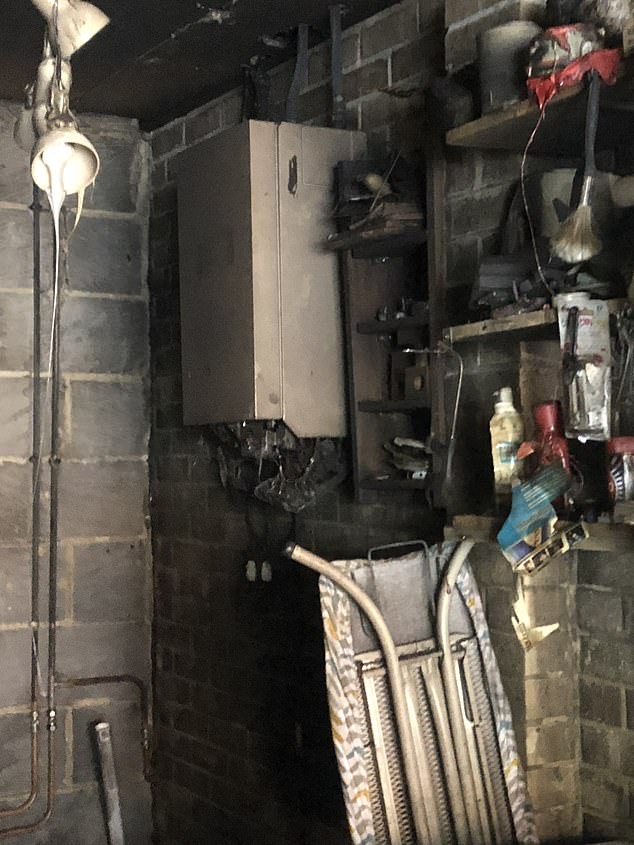 Miss Spurr said: ‘If the blaze had been going five minutes longer it would have been a different story’

But in September 2018, just after returning from the school run, she noticed a burning smell in the house while the machine was on in the garage attached to her kitchen.

She was at home with Freddie, two, Louis, 14, and her then eight-month-old daughter Amber, who was napping in her cot. They all managed to escape.

‘It was very scary. Smoke was seeping out the side of the garage door,’ she said.

‘Luckily, everyone was OK, but the fire crew said if the blaze had been going five minutes longer it would have been a different story.’

A Whirlpool spokesman said: ‘We remain 100 per cent committed to resolving any affected appliances. Anyone who still owns an affected dryer and has not already had it modified by Whirlpool should contact us on 0800 151 0905.

‘The payment provided was compensation for the value of personal possessions. Whirlpool has never used legal or other enforcement mechanisms to prevent public discussions of alleged incidents.’

A Department of Business spokesman said its review made clear Whirlpool had to improve how it dealt with recalls.

But David Chaplin of consumer group Which? said: ‘Ministers must investigate Whirlpool’s use of gagging orders. The flawed review into Whirlpool’s fire-risk tumble dryers is now in tatters.’