MPs ‘are boosting their expenses payments by up to £9,000-a-year by claiming for ‘dependent’ ADULT children in their TWENTIES 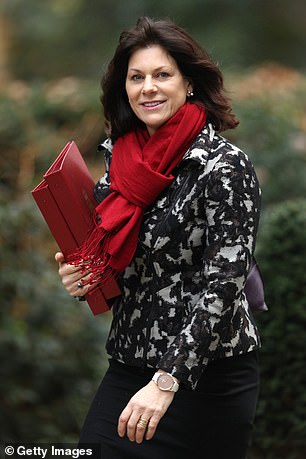 Energy minister Claire Perry was said to have claimed £9,846 on top of her £22,760 standard allowance

MPs are boosting their expenses payments by claiming for ‘dependent’ children who are 18 or over, it was reported last night.

Rules introduced in 2017 allow them to claim up to £5,400 per child that they support in a second home.

The policy was originally intended to help MPs with children rent bigger homes – but several are using it to claim for adult children in their 20s, the Daily Telegraph reported.

The politician, who earns £111,148 a year, insisted all claims were made in accordance with the expenses watchdog, the Independent Parliamentary Standards Authority (Ipsa).

The age limit when claiming for children is 18, rising to 21 for certain exemptions such as a child in full-time education who requires care.

Five other MPs were also reportedly claiming allowances for adult children. Two last night agreed to return the money, it is claimed.

Ipsa was last night unable to say who had broken the rules and appeared to rely on MPs’ word, according to reports.

While the MPs are operating within the rules, Sir Alistair Graham, former chairman of the parliamentary standards committee, said: ‘One despairs that after ten years MPs have not learnt the fundamental ethical lessons of the 2009 scandal over expenses.’ 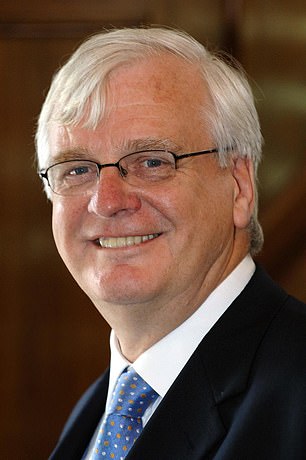 Since then, the rules surrounding what MPs can claim for have been overhauled, including the policy surrounding second homes.

Politicians were previously allowed to claim up to £24,000 for the interest payments on mortgages for additional properties.

The new rules ban this and allow MPs only to claim rent.

Initially, the maximum second home rent allowance was just over £17,000 a year and children were considered ‘dependent’ only if they were aged five or under.

The rules changed after lobbying by MPs, who said they were ‘not supportive enough’ of families. The standard rental allowance rose to more than £22,000. In 2017 the allowance per child was increased from £2,425 to £5,435.

It meant an MP with three dependent children could be entitled to a total allowance of almost £40,000 a year to rent a second home in London.

Other MPs who have claimed for adult children include Tory Jack Lopresti, who lives with his wife, fellow Conservative MP Andrea Jenkyns. In 2017, he incorrectly registered to claim up to £10,870 for two dependents.

He said it referred to children from his former marriage, who are over 18. The MP, an aide to Brexit Secretary Stephen Barclay, said the claim was an ‘error’ and repaid £202 incorrectly claimed in 2017-18.

Rebecca Pow, a government aide to Amber Rudd, incorrectly claimed £629 in rent in 2017-18 for a dependent and continues to be registered for children, who are all in their twenties. She said she would repay overclaimed money.

Labour MP Gill Furniss has one registered dependent youngster, but her three children are aged between 19 and 34. She claimed £91 in 2017-18 but declined to explain why she had claimed that sum.