Research from the University of Leuven, in Belgium, found the global pandemic and resulting lockdown has ‘significantly changed music consumption,’ across Europe. 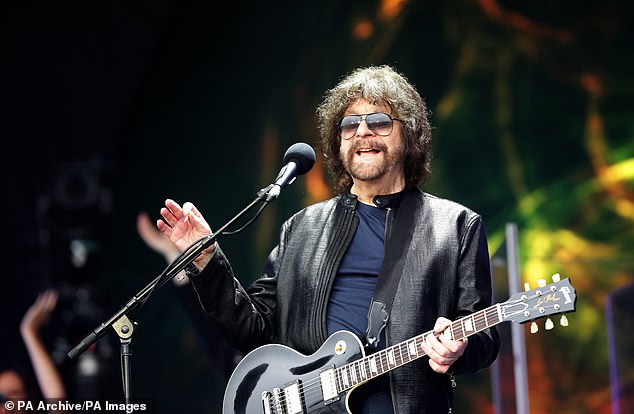 Mr Blue Sky by Electric Light Orchestra, which was co-founded by Jeff Lynne (above) made it into the UK’s 200 most streamed songs every single day in July

He found more listeners were opting for songs that were at least three years old, with a peak for nostalgic anthems at around day 60 of lockdown.

A study in The Observer found tracks from the late 1970s and 80s, including Mr Blue Sky and Toto’s Africa, snuck into the UK’s daily top 200 most streamed tracks on Spotify while people were forced to stay at home.

Mr Blue Sky made it into the top 200 just once in January – but every day in July.

Similarly Africa appeared on 12 times in February and March, but 28 times by May.

Dr Yeung said: ‘I have been in Belgium during the whole lockdown period. Life is boring and the only comfort is to revisit my 90s favourites, from Radiohead and Pulp to Blur.’

His paper says that people have ‘dived into nostalgic music to escape the reality’ of lockdown.

It found demand for nostalgia grew alongside the daily frustrations of lockdown, but added that infection rates and fatalities had little impact on listening habits.