A MUM forced to live in a disgusting rodent-infested flat had to dash her baby boy to hospital after he gobbled up mouse poo found in his cot.

Kelly Angus, 23, said her one-year-old son Tommy was struck down by a virus, making him "feverish and projectile vomit" in south London. 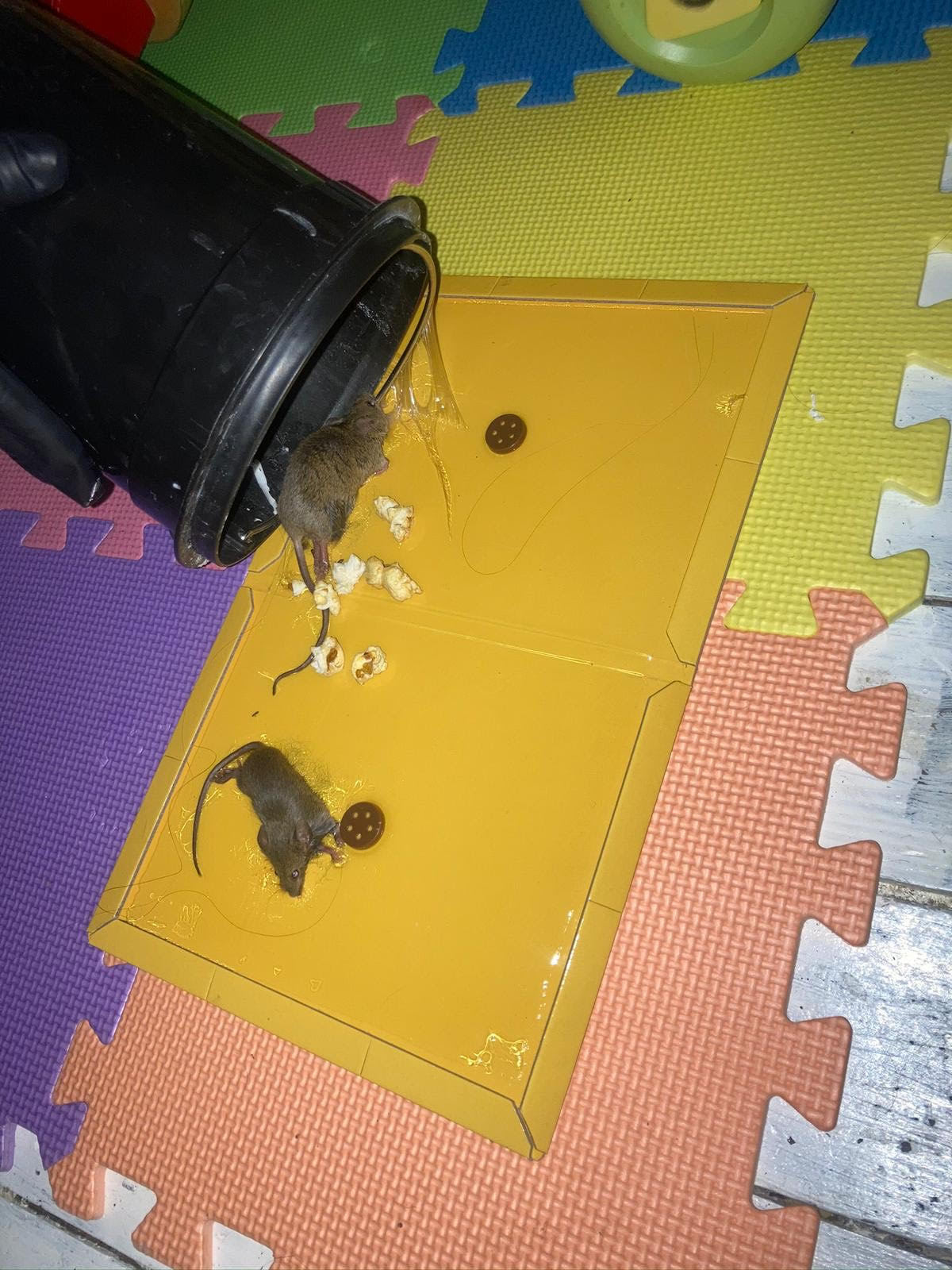 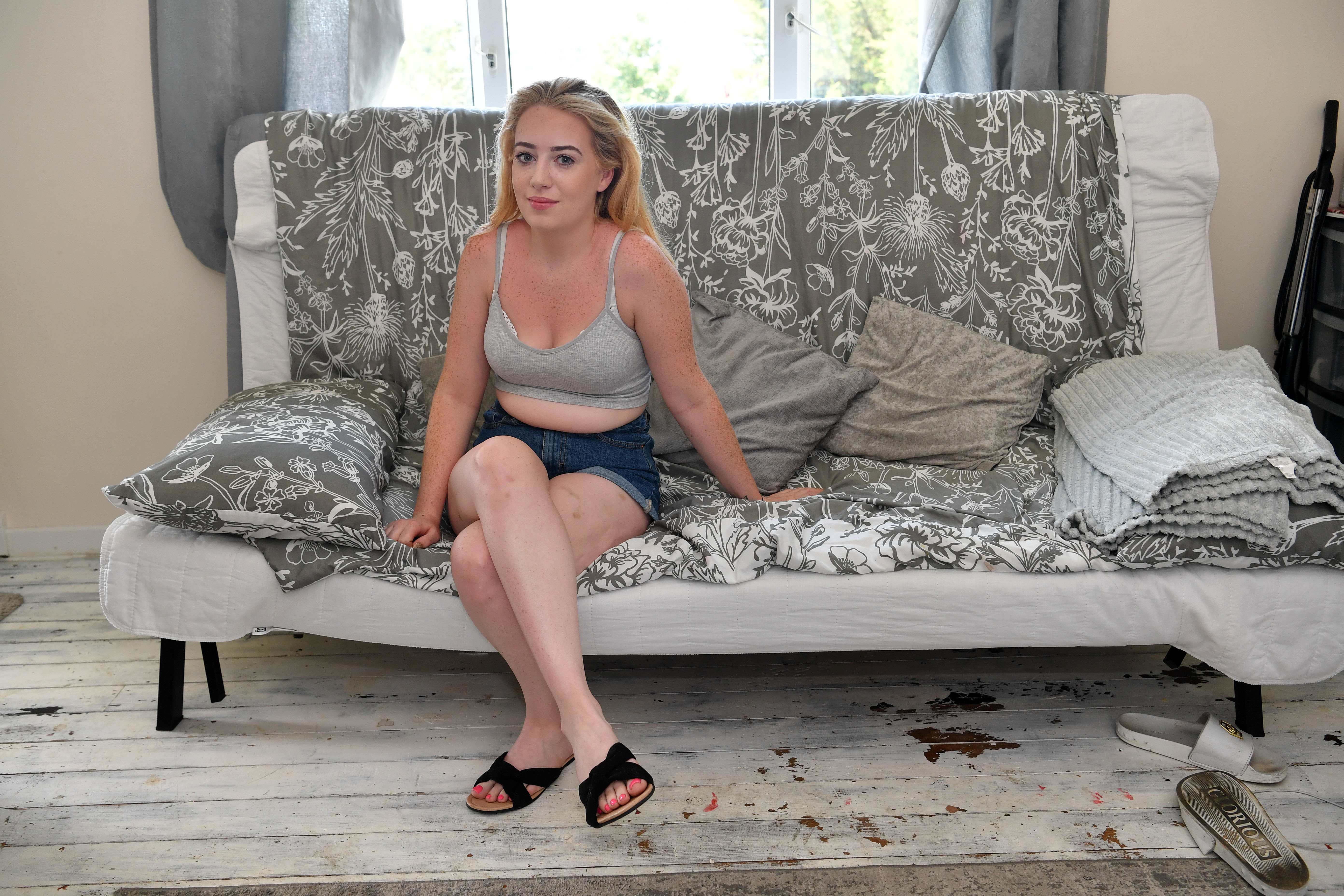 Since moving to the one-bedroom council flat in May, Kelly has already caught more than 20 mice.

She said that her boy, Tommy, "is constantly sick and coughing" because of the severe rodent invasion.

The worried mum had to take him to St Helier Hospital after he ate mouse faeces in his cot, reported MyLondon.

Her baby, who was suffering an extremely high temperature of 40C, remained in hospital for seven hours.

Kelly is so worried that mice will scamper over Tommy at night that she now sleeps with him in a bed so she can scare any vermin away.

There is mouse poo covering cupboards in the kitchen – and even the bedroom.

Themum said hungry rodents are ruining her furniture, food and Tommy's clothes, as they are either defecating or chomping through everything.

You can hear the mice in the walls and ceiling.

There are fears, too, about a potential fire hazard as mice have even chewed through wires.

Sutton Council ended up giving her a new fridge-freezer on an emergency loan after they ate the wires on her one.

Kelly has complained to Sutton Housing Partnership (SHP) which manages the council's homes.

However the only action it has allegedly taken is to send round a maintenance worker – once – to set traps.

Kelly added that she sees the mice brazenly "running and playing – quite a few of them come out at once".

And, revoltingly, "you can hear them in the walls and ceiling,” she said.

“The council put poison down and I smell the dead mice, that’s why everything gets bleached and I always have scented candles on.

“My mental health has gone completely down, I went to the doctors and they have given me counselling.

“The first time I saw a mouse was May 20, why did they put me in a property which they knew had mice?" she asked.

Kelly has two simple wishes – to be placed somewhere "clean and mouse-free".

But the infested property at Benhill Wood Road has also got orange mould growing on the bedroom ceiling and damp patches on the walls.

A spokesperson for SHP said it is “doing all it can” to tackle the mouse infestation.

They added: “Our pest control contractor has visited regularly since her first report and will inspect the rest of the block again this week to see if treating a wider area will help.

“Our pest control contractor has contacted residents in the block and will be treating the issue until it’s resolved.”

Although Kelly has been offered alternative accommodation, it is unsuitable as it's a smaller studio flat – and she'd need to shell out for expensive storage to contain her household items.