A MUM has been left "absolutely disgusted" after claiming her daughter was forced to wear her school blazer in 29C heat. 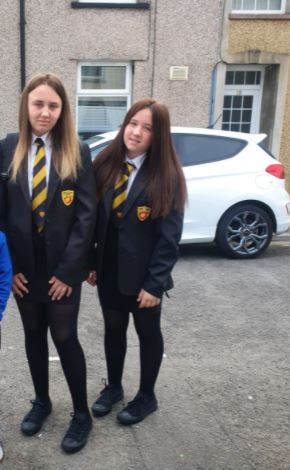 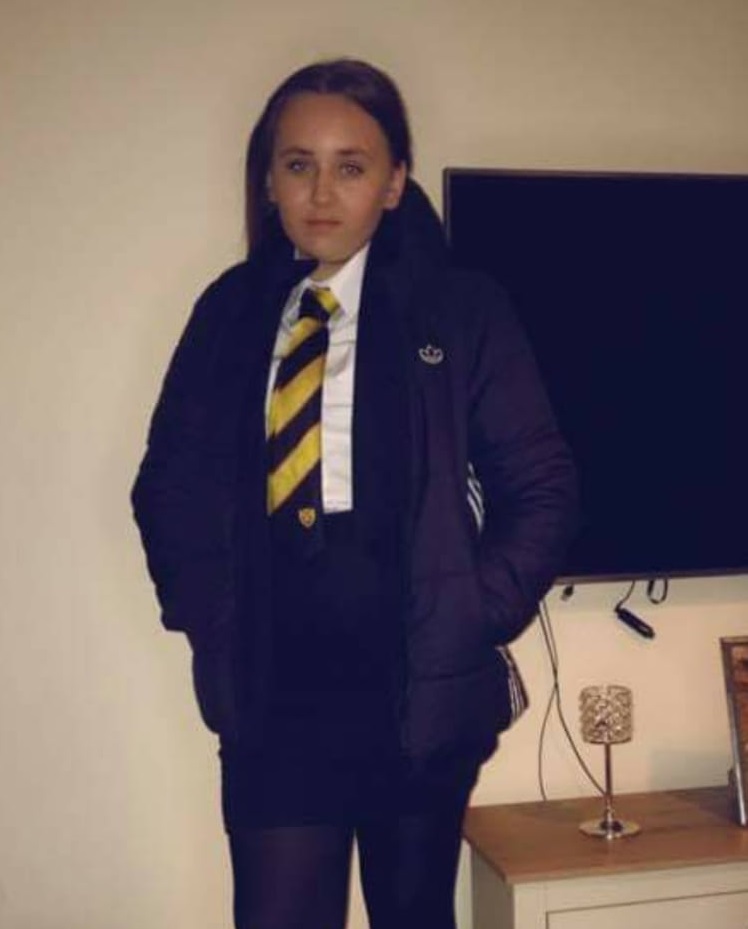 Her oldest daughter, Caitlin Williams, claimed she had been slapped with detention after refusing to keep her black blazer on as temperatures soared.

The Year 8 pupil protested that she felt "too hot and felt really sick" before explaining to teachers that she also suffers from nosebleeds and migraines – but staff reportedly ignored her pleas.

Nikayla said: "The teacher then basically said it's tough, it's the school's policy.

"She was bad when she came home after school, she said she had a migraine and felt sick and then she slept for four hours straight."

The youngster returned to school on Wednesday, as the mercury was again just shy of 30C, but returned home saying she had been sent to isolation as well as being handed a SECOND detention.

The 13-year-old had again refused to wear the blazer because "she was boiling".

The mum said the school then sent her a message listing the reason for the double detention as "refusal to put on blazer when asked".

It continued: "It is with regret that due to a breach of the school behavioural policy your child has been placed in after school detention on Thursday 9th September 2021."

But the local council has insisted there is not a blanket policy on the uniform rules at the school.

Nikayla claimed her other daughter, 11-year-old Chloe, also returned home from school on Tuesday "absolutely boiling" with her hair "soaking from the sweat".

After speaking with the school, the 30-year-old claims she was told if she did not allow Caitlin to attend the detention, the teen would be pulled out of her lessons and thrown in isolation instead.

It's like they're in a military school. I know they've got to wear uniform to learn dress codes, but they should be able to take their blazers off if they're too hot.

Although she admits the uniform code had always been in place, Nikayla said it had never been a problem as her eldest child had spent the majority of her time at the school learning from home due to the pandemic.

"If she'd been playing up, then I would think the detention is fair enough, but don't they understand this is health and safety?" Nikayla said. "When they're too hot and sweating, it's not good for personal hygiene either.

"It's like they're in a military school. I know they've got to wear uniform to learn dress codes for once they've left school and I accept that, but they should be able to take their blazers off if they're too hot.

"I think it's absolutely disgusting. In my eyes, they set them up to fail.

"If they were allowed to just take the blazer off, they wouldn't be in detention or in isolation.

"I know I'm not the only parent who feels this way, others have been put into detention for this as well."

A spokesman for Rhondda Cynon Taf County Borough Council said: "The Council does not have a blanket policy for school uniform that is applied across all of its schools.

"Instead, it is the responsibility of individual schools and governing bodies to set their own school uniform policies, and communicate their rules and expectations to pupils."

A spokesperson for Aberdare Community School, which caters for over 1,100 pupils, added: "We have spoken to a parent of the pupil today in order to resolve this situation.

"The matter is being dealt with internally."