A MAN has claimed his Christmas was ruined after he ordered a brand new PlayStation 5 – only to find a sack of RICE inside the parcel instead.

The gamer has been left devastated after discovering that the Amazon package he received did not contain a new console. 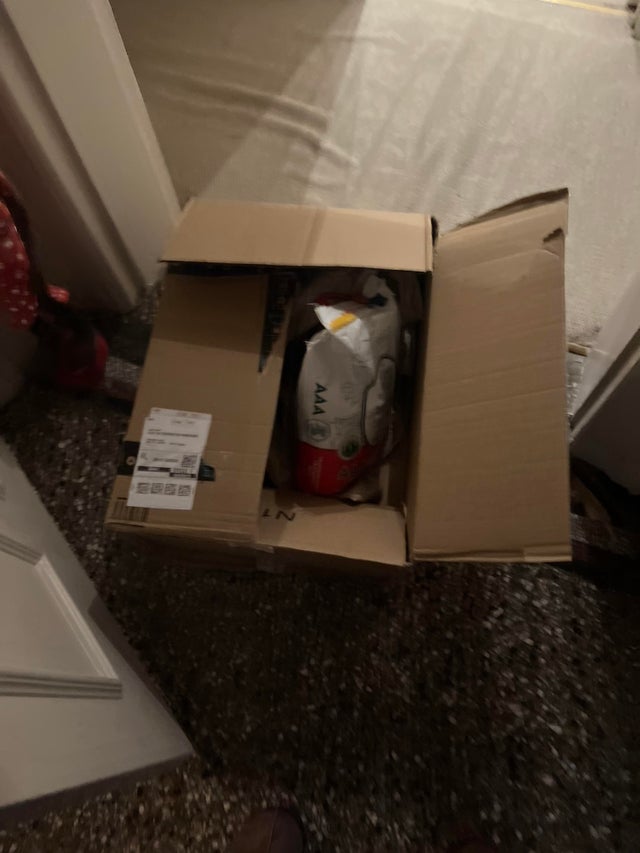 The man took it to Reddit to report his disappointment by sharing a photo of the package.

He wrote in the caption: "Ordered a ps5 from Amazon, safe to say my Christmas has been ruined."

The picture shows a half-opened Amazon box with a massive sack of rice inside- instead of a shiny new PlayStation 5.

The gamer later updated his post saying that Amazon asked him to send back the rice in order to receive their refund.

One Redditor said: "If it’s sold by Amazon is generally a thing where suppliers send their stock to Amazon warehouses."

While another one joked: "On the bright side, there will be no shortage of rice at Christmas dinner."

Tributes to 'amazing' young dad, 26, knifed to death at pub on Boxing Day

CHIP OFF THE OLD BECK

Another one commented: "This is so stupid and also hilarious."

Someone said: "I guess you could say no pain, no grain from this experience!"

An Amazon spokesman said: “Amazon would ask the customer to reach out to us so we can investigate.”

Last month two brothers were left devastated after receiving a 12in Christmas tree.

Ten-year-old Logan, and eight-year-old Tyler were disappointed when their mum Jessie Hemingway, 32, ordered two 6ft trees and decorations for almost £150 but got 12in bit of tinsel on wire instead.

While a family was forced to throw away their Christmas tree because it was shedding needles everywhere and smelt.

Courtney Jasmine explained on a TikTok clip that they bought the tree in November.

But one such family ended upt throwing their tree away before the big day, because it was shedding needles everywhere and smelt.

Meanwhile, a fraud expert has shared which are the three convincing scams shoppers need to look out for at this time of year.