Broder Lackmann just wants to know that his sister didn’t suffer. That, when she lay on her bathroom floor waiting for an ambulance for more than six hours, she was not languishing in pain for long.

About 8pm last Wednesday, his 32-year-old younger sister, aspiring cancer researcher Christina Lackmann, felt dizzy and lightheaded while she was making dinner at her Caulfield North apartment. She began to vomit and called 000. 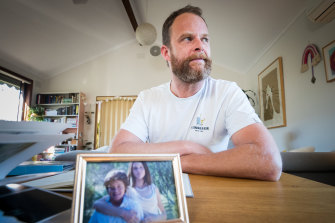 Broder Lackmann with a family photograph of his sister Christina, 32, who died while waiting around six hours for an ambulance.Credit:Jason South

The phone operator, according to Mr Lackmann, ended the call and told the distressed woman she would receive a call back. They called 10 times but she did not answer her phone. When a paramedic crew arrived after 2am she was dead.

“I feel like she’s been negligently treated … It makes me feel a deep sense of injustice,” he said, questioning whether a quicker response could have saved her life.

“A piece of information that could help me reconcile this is to know she didn’t suffer. To know she wasn’t lying on the floor waiting on her bathroom floor for an ambulance that wasn’t coming.” 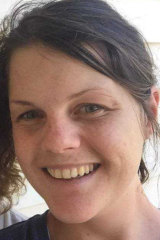 Ms Lackmann’s death has occurred in the midst of what the state government and doctors say is a health system nearing breaking point.

Unseen levels of demand, caused by ill-health and unseasonal spikes in some illnesses, has caused blockages in emergency departments and decreased ambulance availability. The Australian Medical Association is warning of further deaths without urgent reforms.

A coroner’s report has not been able to conclude the cause of Ms Lackmann’s death. Mr Lackmann said he and his family hoped they would be able to hear a recording of his sister’s emergency call. He said he had been in shock for days.

Mr Lackmann described his sister as a focused, loyal and deeply thoughtful person who was “blossoming” into a caring aunt for his young children, who she would take to St Kilda East for ice cream. She was completing her honours degree and following her father’s footsteps in her plan to begin a PhD in cancer research.

“It was my little brother who called,” Mr Lackmann said of the moment he learnt of his sister’s death. “He said ‘Last night Christina called an ambulance at quarter to eight in the evening and they didn’t arrive until just before 3am, and in that time she died’. 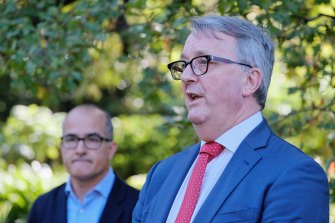 “I was in total disbelief. It was surreal. I said is this some kind of joke … He said ‘I wish I was joking. I wish I was lying to you’.”

The Victorian Ambulance Union says ambulance ramping, where crews queue outside emergency departments, is occurring at record levels, causing ambulances to be taken off the road and response times to blow out to their worst level since 2016-17.

Health Minister Martin Foley said on Tuesday there was “relentless” pressure on the health system and the government was considering reforms to ease the burden on GPs, who have been operating at capacity after many Victorians emerged from last year’s lockdown in poor health. Mr Foley said 50,000 more people attended emergency departments in the last quarter than during the one before.

Mr Lackmann, 41, questioned the processes that contributed to the hours-long delay in his sister’s case, which has prompted a state government investigation. He questioned whether call operators at the Emergency Services Telecommunications Authority, which operates the 000 call centre, were trained medical professionals who could assess the medical needs of patients and judge a case’s urgency.

“If there was someone else who needed to be spoken to, why wasn’t she placed on hold? Why was she put in a position where she had to try and make the phone work again? Because obviously when they tried calling her back she wasn’t able to use the phone any more,” he said.

“If it was me and I had a phone call from a friend and they said ‘I’m in trouble, I need your help, can you please come now’, and then if I tried to call them back and they weren’t answering their phone, then I would drop everything I was doing.”

He said police could have been sent to check on his sister if it was known an ambulance would be delayed.

“I don’t know why it was nudged along so long with no action taken. In the middle of Caulfield … we’re not in the bush. The police station is one minute’s walk away,” he said.

“If it turns out to be a hoax, or something like that, you’d know in five minutes … but you won’t have someone, a 32-year-old who’s just hit the prime of her life, pass away on you.

“It makes me wonder who put these processes in place.”

The ambulance service in NSW is also being stretched. Ambulances responded to some critical incidents such as cardiac arrests after more than 40 minutes. The target for these types of incidents is 10 minutes.

The president of the NSW paramedics association said they were facing a “perfect storm”, with similar issues being faced in Victoria, contributing to the problem.