A NEW coronavirus map released today has revealed how cases have spread across the country in just weeks.

The deadly bug can be seen to be growing in Northern England – with some areas even reporting more than 200 infections per 100,000. 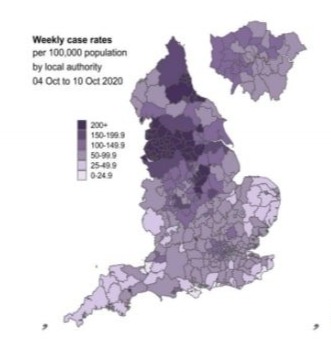 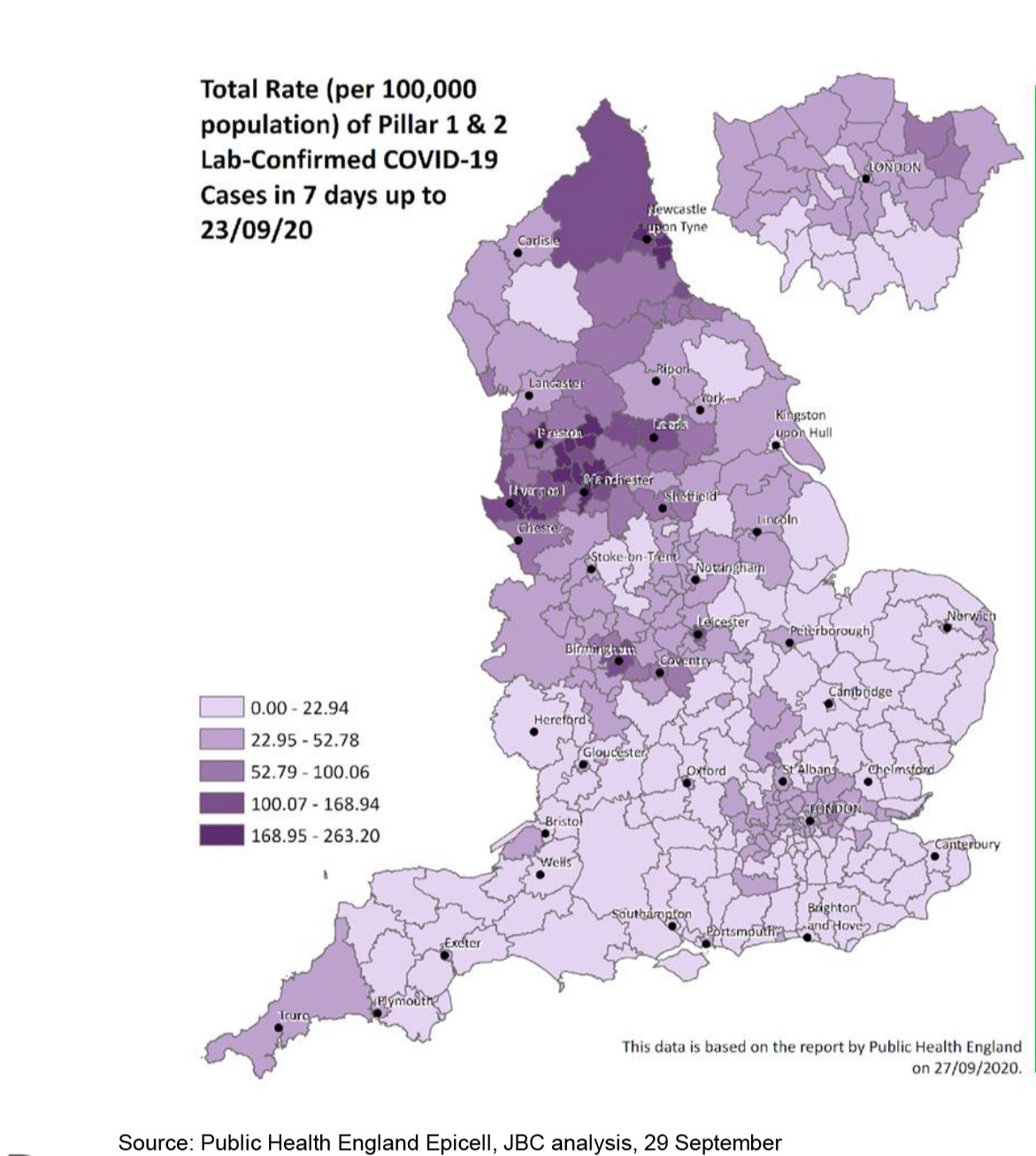 Lancashire has particularly seen a spike in cases, with it revealed the area was going into Tier 3 today in a desperate attempt to control infections.

But it's not just the North and North West that has been hit badly by a growth in cases.

He said: "What you can see is that there is a concentration of high levels of cases in the North West, North East, and Midlands.

"The growth rate is fastest in the North West, some parts of the North East, London and some other areas."

Speaking today, Prime Minister Boris Johnson said he wanted to avoid another national lockdown “if at all possible” but added he “cannot rule anything out”.

He said shielding was not being brought in at this stage, but said it would remain under constant review. 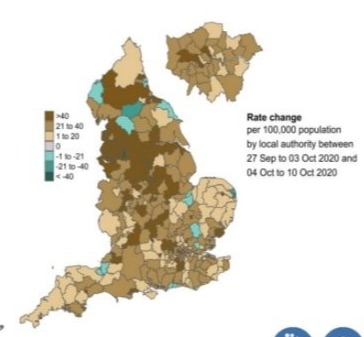 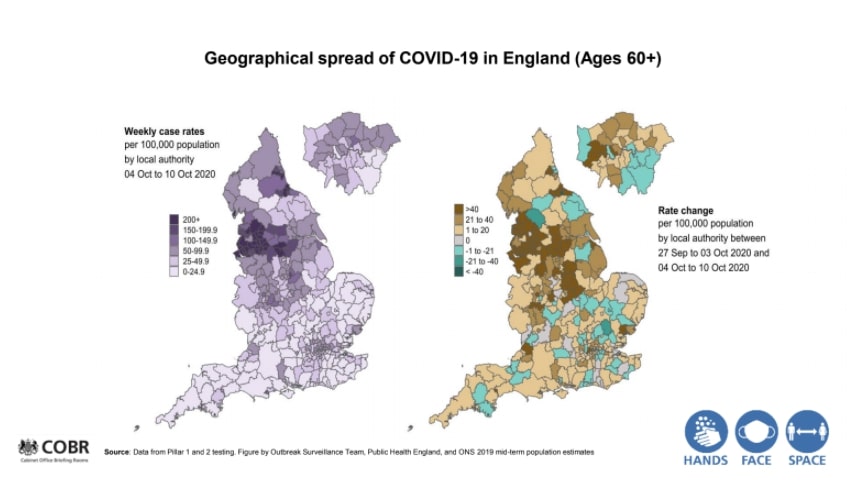 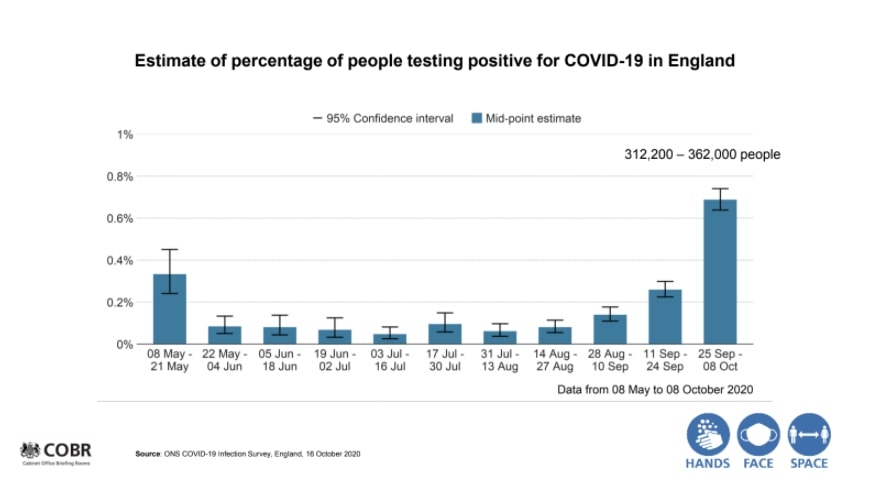 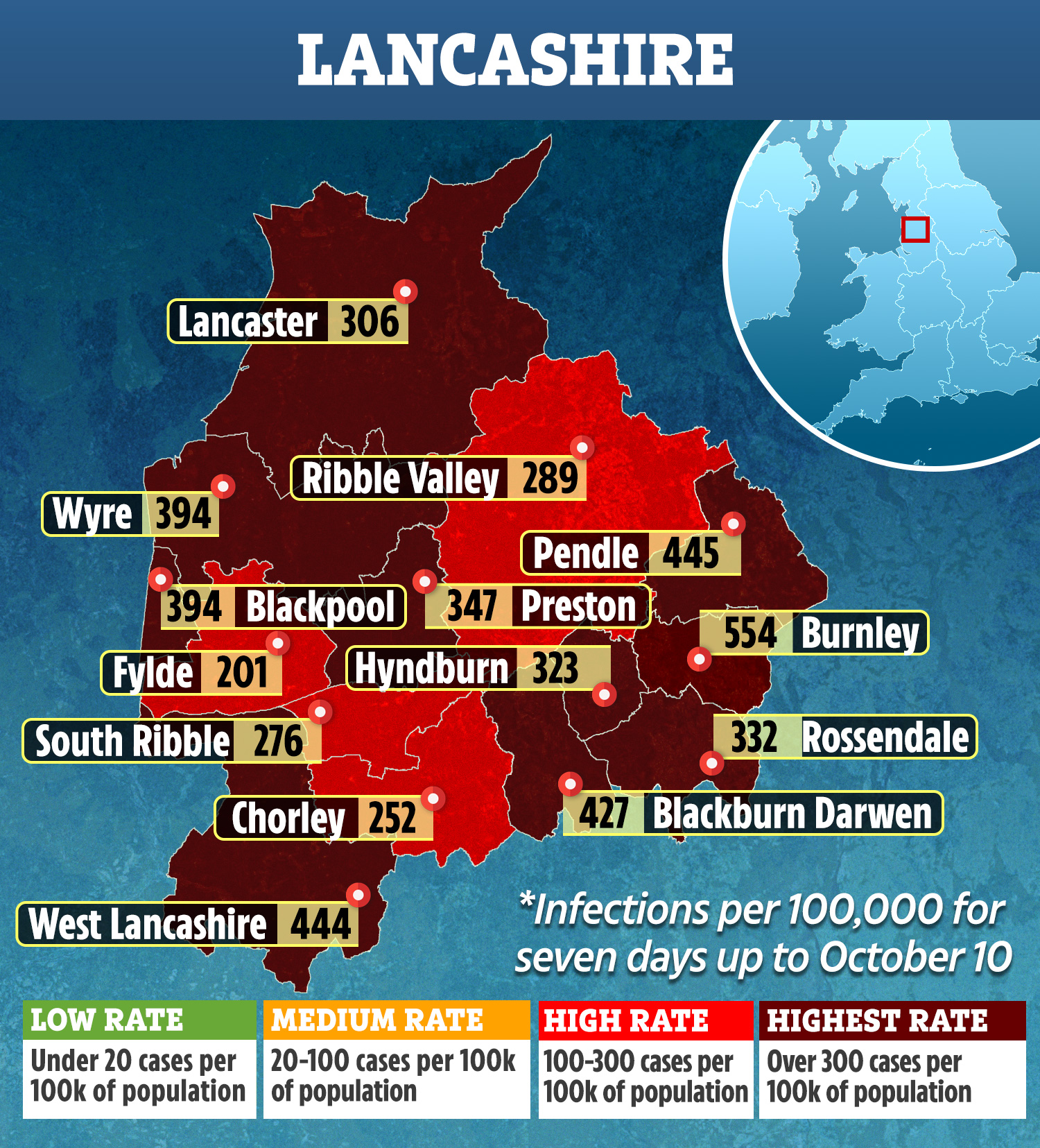 The Prime Minister told a Downing Street press conference: "Without action there is no doubt that our NHS would soon be struggling to treat the sheer number of people seriously ill with Covid.

"Non-Covid treatments and surgeries would need to be cancelled to cope and many more people would die.

"So, taking action is the right and responsible thing to do and it is backed up by significant support for areas on very high alert."

It comes as the R rate climbed up even higher today, reaching between 1.3 to 1.5 across the country.

Mr Johnson urged leaders in Greater Manchester to “reconsider and engage constructively” over Tier 3 restrictions but warned he would intervene if an agreement could not be reached.

He warned Manchester's ICU bed capacity are already over 40 per cent full.

Mr Johnson said he hoped Manchester's Mayor would "come with us" as they imposed local lockdowns. 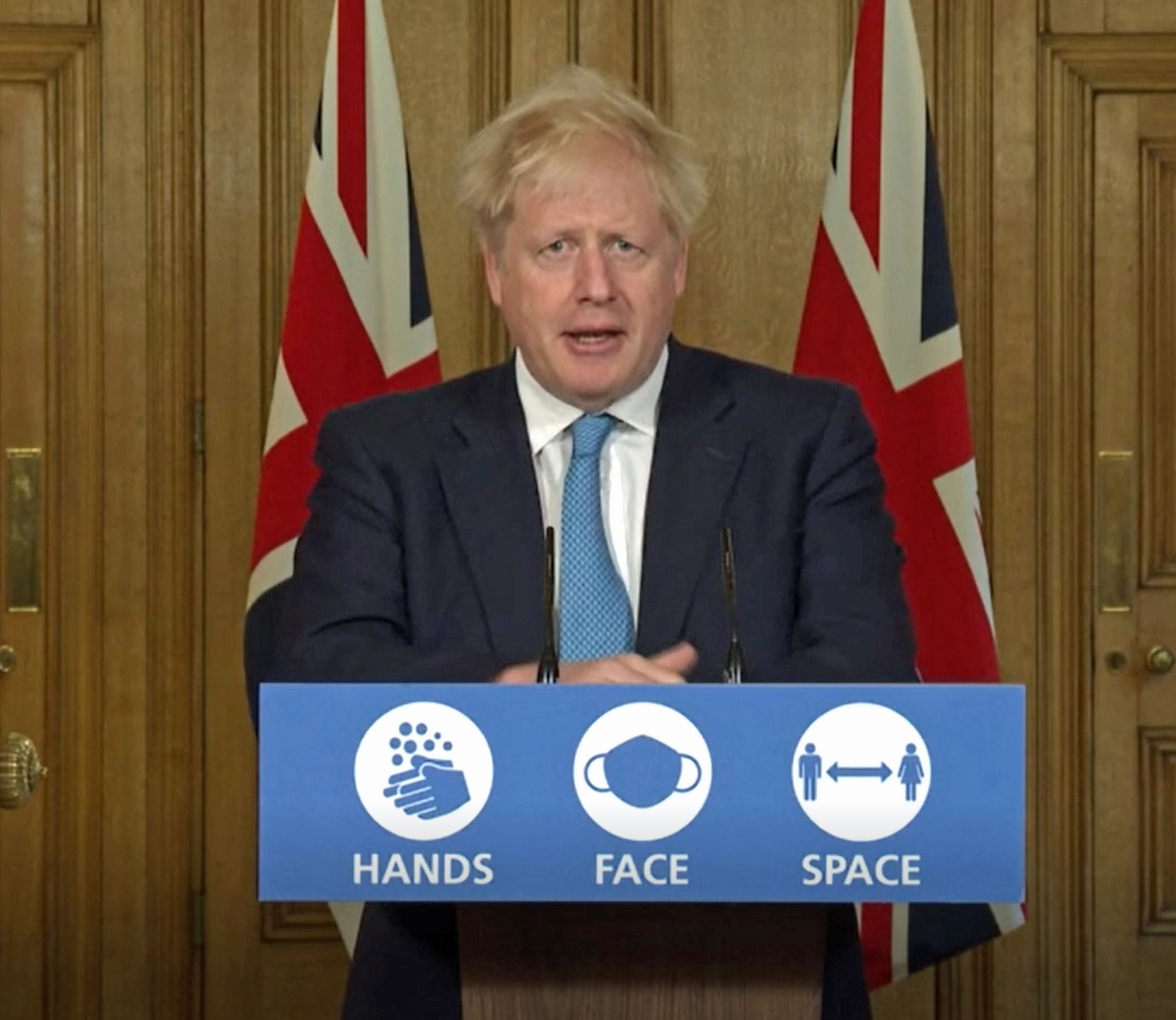 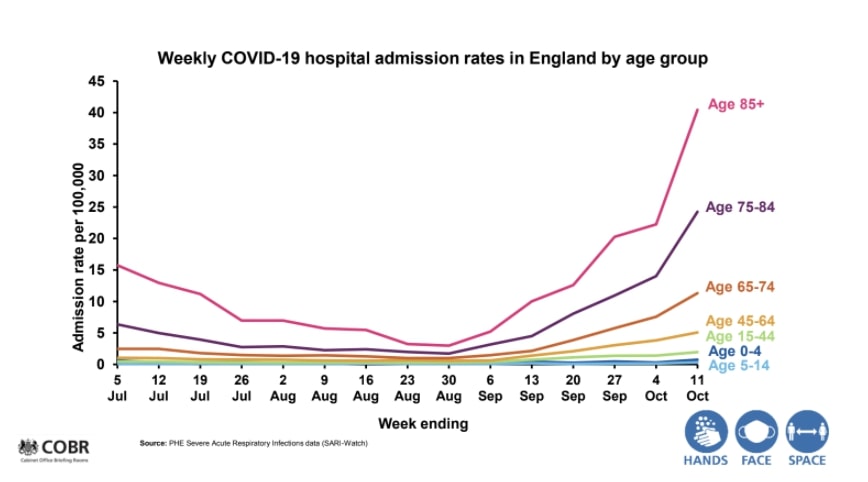 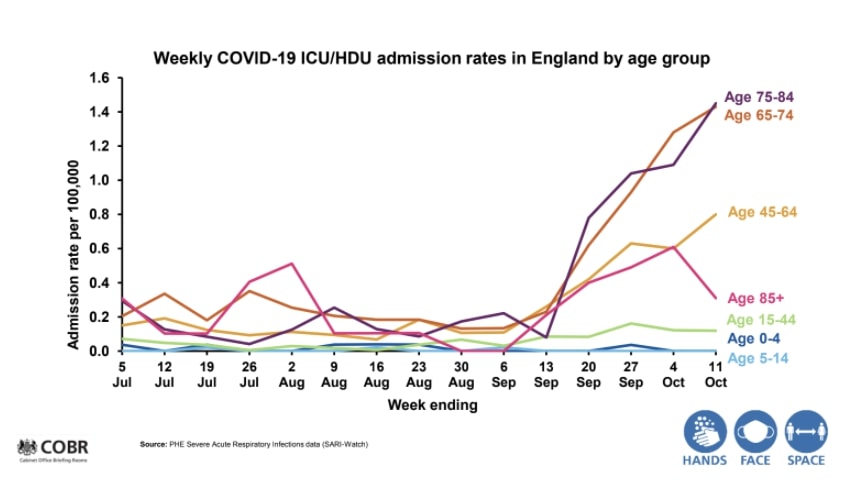