The grandfather of the new MI6 boss Richard Moore was an IRA fighter who won a medal from Sinn Fein for fighting against British rule.

His grandfather even won a medal from the Irish president for fighting against the British government, The Sun reported. 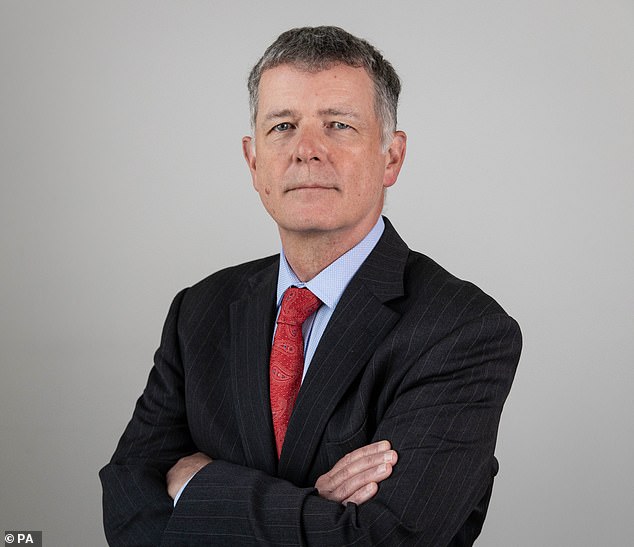 He told a newspaper in Turkey, where he was ambassador: ‘I am of Irish origin.

‘My grandfather fought against the British Government in the separatist Irish Republican Army between 1916 and 1922.

‘He received a medal from the Irish president. Now, I am the ambassador of the British government.’

He spoke about his background to show Turkey he was able to arrive at a compromise with Kurdish separatist rebels.

Having first joined MI6 in 1987, Moore went on to serve as the UK’s ambassador to Turkey.

Mr Moore is now set to take over as ‘C’ – the new head of the Secret Intelligence Service, also known as MI6.

An accomplished spy and well respected across Britain’s intelligence community, Mr Moore will take over the role from Alex Younger in the autumn.

Outgoing MI6 chief Younger, who has served since November 2014, said: ‘I am delighted by this appointment. Richard is a highly accomplished intelligence officer and we look forward to welcoming him back to the service.’

Libya-born Mr Moore had postings in Vietnam and Turkey between 1990 and 1992, as well as in Pakistan and Malaysia, according to his FCO profile. 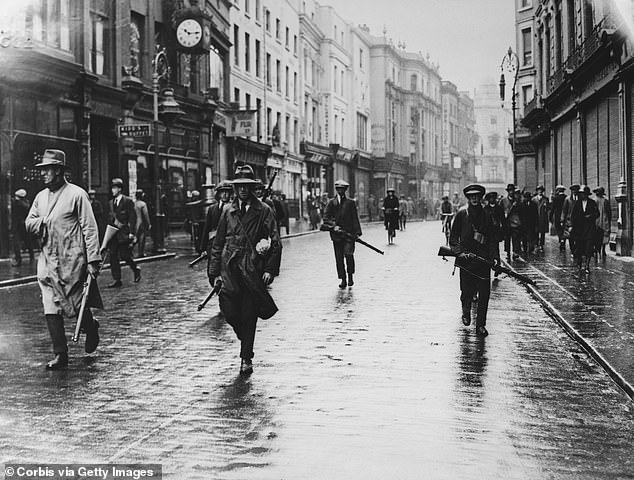 Mr Moore, 57, said his grandfather Jack Buckley joined the IRA in Cork in 1916 and fought until 1922. Pictured, armed IRA fighters line the streets during the Battle of Dublin

His wife of 35 years Maggie, who is visually impaired, was part of the inspiration behind the first guide dog partnership in Turkey.

During his posting in Pakistan, he led a mission when the Taliban were in power.

He defied the Taliban’s ban on alcohol, as he was determined to restock the cellars of the British embassy in Kabul, and crossed the Khyber Pass with a case of wine in his MI6 Land Rover.

The father-of-two was appointed his role at the Foreign Office in April 2018.

Beforehand, he was Director for Europe, Latin America and Globalisation between 2010 and 2012, and Director for Programmes and Change between 2008 and 2010.

Moore attended Oxford University to study a BA in Philosophy, Politics and Economics and took part in the Stanford Executive Programme in 2007.