Even sports rookie cards now have their own NFTs as the digital-token craze continues to push further into sports.

Panini America, which traditionally makes standard hard-copy playing cards, will be providing 16 NFL prospects with their own 1-of-1 NFT after the Thursday night's 2022 NFL Draft.

“We've been doing this the last 12 years where we'd showcase them with their physical trading car, and we're still going be doing that from the physical trading card side of it, but as the world evolves and technology evolves there's other opportunities for us to incorporate into those relationships and the NFT is a natural one,” Panini America Vice President of Marketing Jason Howarth told Yahoo Finance.

This year’s deals include top prospects such as Michigan’s Aidan Hutchinson, Ohio State's Garrett Wilson, and Chris Olave along with Ole Miss quarterback Matt Corral. Each player is presented on the card in their college uniform and will have their new NFL team’s logo stamped above their name.

Outside of social media obligations on draft night, Panini is gifting these cards to the players for free. Then the players can decide whether they’d like to own their NFT or instantly flip it for cash. 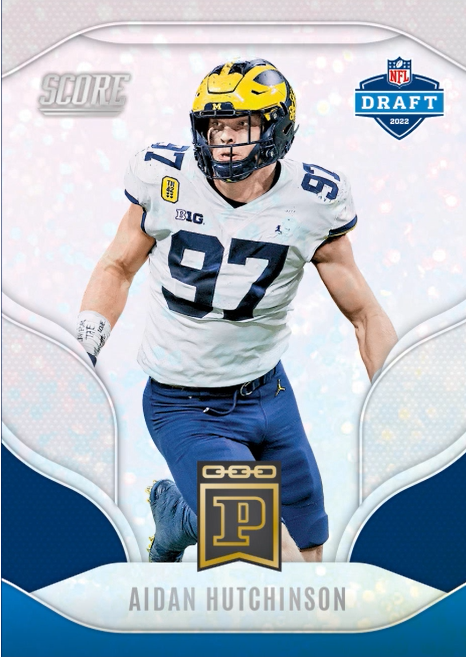 Given the scarcity of the card, the value in this transaction could come 10 or 15 years down the line. The idea is akin to Tom Brady or Patrick Mahomes flipping their rookie cards after a Super Bowl win or upon retirement. A Mahomes card is currently listed on eBay for $120,000 while a Brady card sold for $2.3 million earlier this year.

“If you're a betting man and you bet on yourself you want to take the opportunity to maximize the window,” Haworth said. “So I would hold it if i'm any of these players and get through my first season in the NFL, be the player that everyone expects me to be then look at how that value increased incrementally.”

Last year, Panini launched NFTs in coordination with an NFL auction. Jacksonville Jaguars Quarterback Trevor Lawrence’s card sold for $10,000 while the San Francisco 49ers Quarterback Trey Lance’s sold for $6,155. Those sales happened right after the draft though and would likely be more comparable to if the player sells this year’s NFT before they ever play a down.

If the players hold the NFTs longer, there’s a chance they become more valuable over time depending on how on-field performance piques collector’s interest. The player’s owning the NFT themselves could also drive up the value as their name will appear on the list of owners attached to the blockchain ledger the NFT is built on. Collectors often flock to items previously owned by celebrities.

“Every time we work with a player and they get their first card in their hand, their heads explode,” Haworth said. "It's because as a kid, you dream of playing professional football or a sport and hearing your name called from your hometown team, and then there's those culminating moments when your name is called.”