NHS spends £40m a year on 800 ‘diversity officers’ as furious campaigners argue money could be spent on extra 1,200 nurses as they demand resources focus on frontline services

The NHS is spending £40million per year on diversity roles as it pays more than 800 staff per year, many of whom earn at least £47,000 each, new data has revealed.

Diversity and Inclusion Officers are employed to promote equality within health care settings, and implement strategies to reduce inequality in health settings, both in treatments and medical expertise.

Many of the roles are in administration or HR, but current roles being advertised by the NHS include positions in midwifery and other health specialisms too.

The TaxPayers’ Alliance has accused the NHS of ‘picking the pockets’ of working people – but the NHS responded saying it is currently reducing the number of roles. 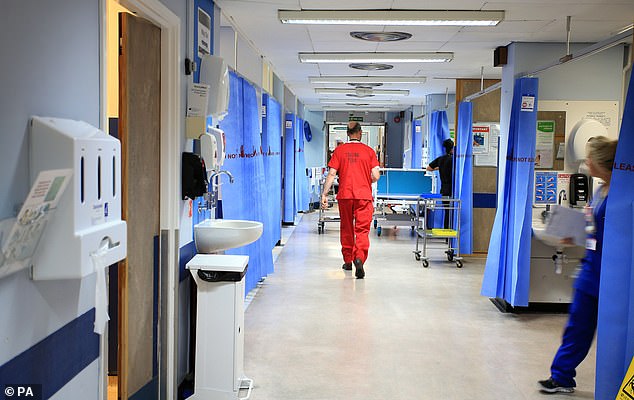 Current diversity roles available are being advertised for maximum salaries from £32,000 to almost £64,000

According to a series of FOI requests to every NHS trust in the UK as well as NHS England, the average trust has three diversity officers, The Sun reports.

It calculated that for the same £40million, the NHS could employ 1,200 extra nurses.

Current roles available are being advertised for maximum salaries from £32,000 to almost £64,000.

By comparison, the average nurse salary in the NHS is around £33,000, according to The Royal College of Nursing. It typically takes five years to reach this salary level.

The revelations have sparked anger on social media, as users question why such huge sums are being spent on the roles while many NHS workers are struggling to make ends meet amid the cost of living crisis.

But others have pointed out that out of the total NHS budget passed on from the Department for Health and Social Care, this is a tiny amount.

Campaigner John O’Connell, chief executive of campaign group The TaxPayers’ Alliance, told The Sun: ‘Taxpayers are losing patience with these right-on roles in the health service.

‘Bossy bureaucrats are guilty of picking the pockets of working Brits to fund diversity demagogues instead of nurses and doctors.

A spokesperson for NHS England told The Sun that it is currently trying to reduce the number of diversity and inclusion roles by up to 40 percent.

They added: ‘The NHS is also one of the most efficient health services in the world, spending a far lower proportion on administration costs than comparable countries.’