London: Northern Ireland is heading towards a fresh election after negotiations to restore a power-sharing executive at Stormont, the country’s devolved legislature, failed by Friday’s deadline.

The province has been without a functioning devolved government since February when the pro-British Democratic Unionist Party began a boycott of power-sharing in protest at post-Brexit trading arrangements. 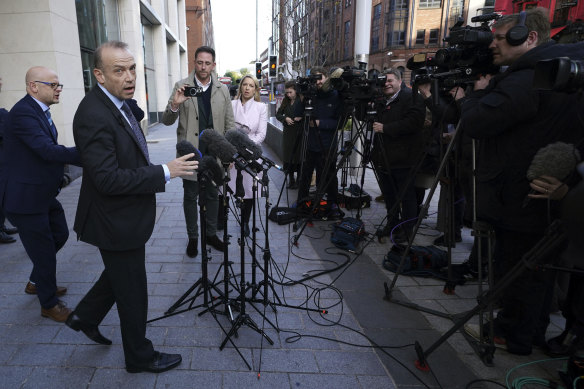 The pro-Irish unity Sinn Féin party took the most seats for the first time in May’s election, but the DUP has vetoed the formation of an executive and refused to sit in the Stormont assembly until its demand to scrap an Irish Sea customs border — the so-called Northern Ireland protocol — is heeded.

The UK’s Northern Ireland secretary, Chris Heaton-Harris, on Friday promised to call a fresh election of the assembly within the next 12 weeks in a bid to break a political stalemate that could eventually leave the region facing direct rule from London.

Heaton-Harris said he understood that the prospect of a return to the polls was unpopular, but that he was not U-turning.

“We are where we are ,” he told reporters in Belfast. “I know no one in Northern Ireland is calling for an election – but nearly all parties signed up to the Agreement that put us in this position only a couple of years ago.” 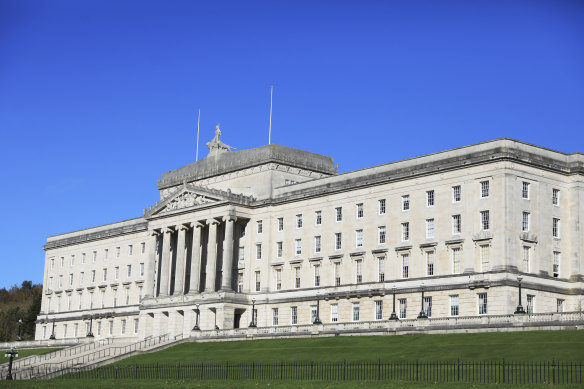 The protocol, which kept Northern Ireland in the European Union single market for goods to avoid a border on the island of Ireland after Brexit, has been a source of tension since it came into force at the start of 2021. It requires checks on products entering the region from Great Britain, which many of Northern Ireland’s unionists view as undermining the UK’s integrity.

Businesses have complained about bureaucracy, with the Northern Ireland Chamber of Commerce warning the region was at a “tipping point”. The DUP says it will not re-enter power-sharing, which is compulsory in Northern Ireland, until the protocol is reformed to make trade with Britain less onerous.

The UK government insists there is no reason power-sharing cannot be restored while it pursues reform of the protocol with the EU, with new Prime Minister Rishi Sunak this week urging the DUP to find a compromise.

If the deadlock is not broken, Sinn Féin has demanded Dublin be granted joint authority with London to govern the region, rather than direct rule from Westminster, but unionist parties have ruled out such a prospect.

There are growing fears the stand-off could reignite historic tensions, with a letter issued last week by the Loyalist Communities Council, a group representing loyalist paramilitaries, warning a number of political leaders of “dire consequences” if joint authority with Dublin were to be imposed.

It also warned that Irish government ministers “should not be visiting Northern Ireland while the protocol remains”.

For three decades Republican paramilitaries waged war on the British state and loyalist gunmen fought to protect their UK identity. But changing demographics and Sinn Féin’s surge to become the biggest party on both sides of the border have gathered momentum for re-unification among the island of seven million.

Under the 1998 peace deal that ended the conflict, London must call a referendum on unity in Northern Ireland when there appears to be majority support for reunification. A parallel poll would be held in the republic.

The UK government has pushed for British diplomats to settle the border dispute before next Easter’s 25th anniversary of the Good Friday Agreement, which could potentially lead to a state visit by US President Joe Biden to both Dublin and London in April.

Biden, who is Irish-Catholic, has made his views clear he wants the UK and EU to reach a negotiated settlement on the protocol.

Sir Jeffrey Donaldson, the DUP leader, said that his party was ready to end the stalemate but only once the UK Government had fixed the Protocol.

“I say to all the people of Northern Ireland that we want a Stormont that is based on firm foundations,” he told reporters on Friday.

“To do that we need to remove the rubble of the protocol that has undermined our economy, that has inhibited our ability to trade within our own country, that has changed our constitutional status without our consent.

Michelle O’Neill, Stormont leader of Sinn Féin, has accused the DUP of leaving Northern Ireland “at the mercy of a heartless and dysfunctional Tory government”.

She said the biggest unionist party was in a “perpetual stand-off with the public, the majority of whom they do not speak for, or indeed represent”.

Ireland’s foreign minister Simon Coveney told the Financial Times last week an election was “unnecessary” and called on the UK to find compromises with Brussels by the end of the year on the protocol’s implementation.