An NHS worker has been stabbed at a hospital in Wolverhampton this morning, seeing armed police swoop on the trust.

A 21-year-old man has been arrested on suspicion of wounding after the incident involving a woman, who is believed to be a nurse, at New Cross Hospital just before 11am today. 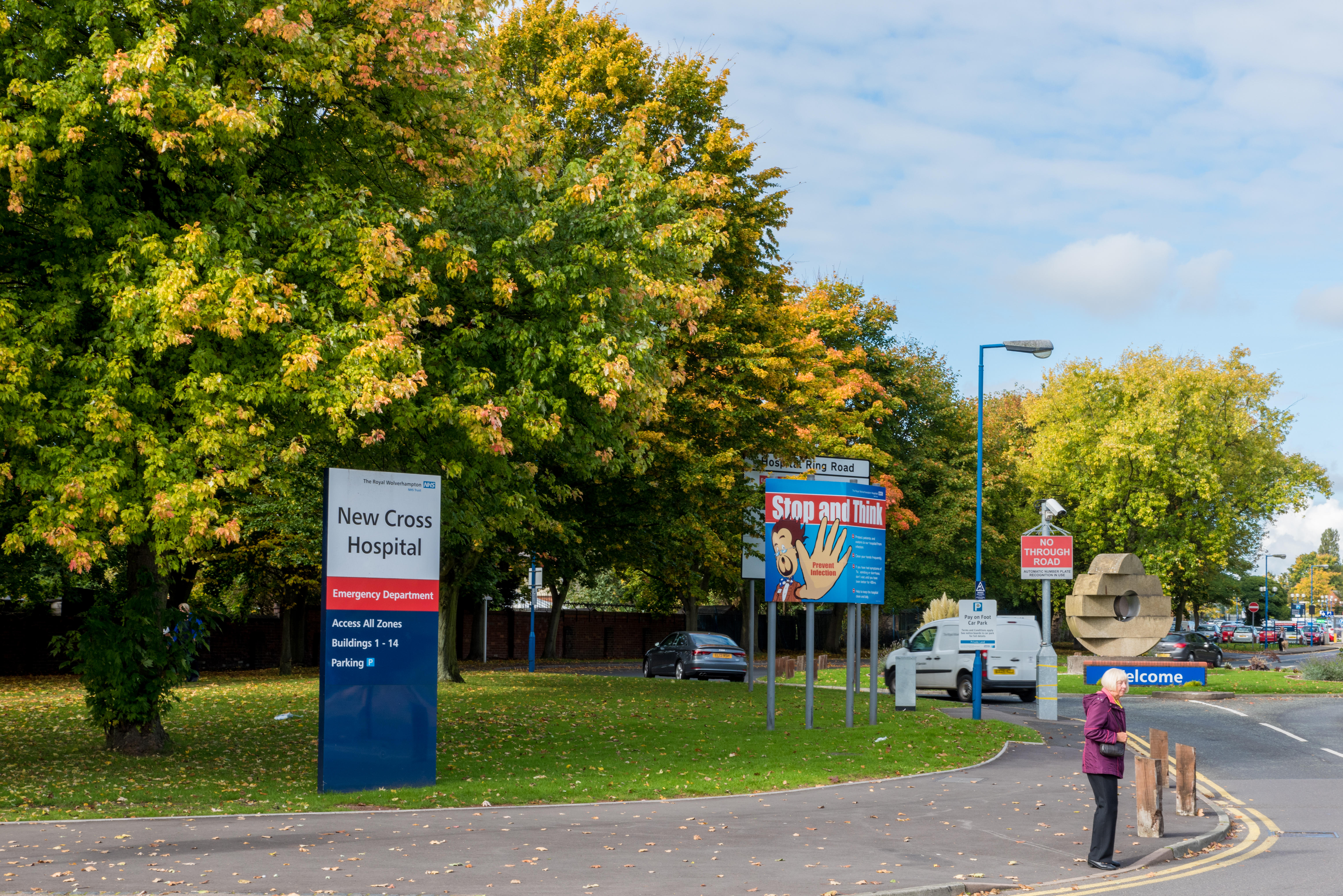 She was said to have been immediately taken into theatre for surgery on her wounds, which were not thought to be life-threatening.

It was claimed that the staff member was intervening in a dispute between two patients when she was stabbed.

West Midlands Police confirmed a man was arrested and said there was no longer a police scene at the hospital after extra security was drafted on-site in wake of the shocking attack.

"She works up new cross & a member of staff has just been stabbed. I don’t know why I am surprised but I am, scum everywhere."

A force spokesperson said: "We've arrested a man after a staff member was stabbed at New Cross Hospital, Wolverhampton, just before 11am today (20 July).

"Fortunately, the woman's injuries are not believed to be life-threatening.

"A 21-year-old man has been detained on suspicion of wounding and will be questioned in due course.

The Royal Wolverhampton NHS Trust tweeted, "There has been a police incident at New Cross Hospital this morning.

"Police are currently on site and we have increased security presence. There is no disruption to services so please attend A&E or your appointment as normal."

Wolves police said they were in the "early stages of our investigation" and encouraged anyone with any information regarding the attack to contact them.