THE daughter of an OAP known as "Mr Christmas" fulfilled her dad's dying wish last night – by switching on his dazzling festive light display.

Dave Edwards, 86, became a local celebrity in his village of Croxley Green, Watford, Herts, for covering his house with amazing light displays over the last 42 years. 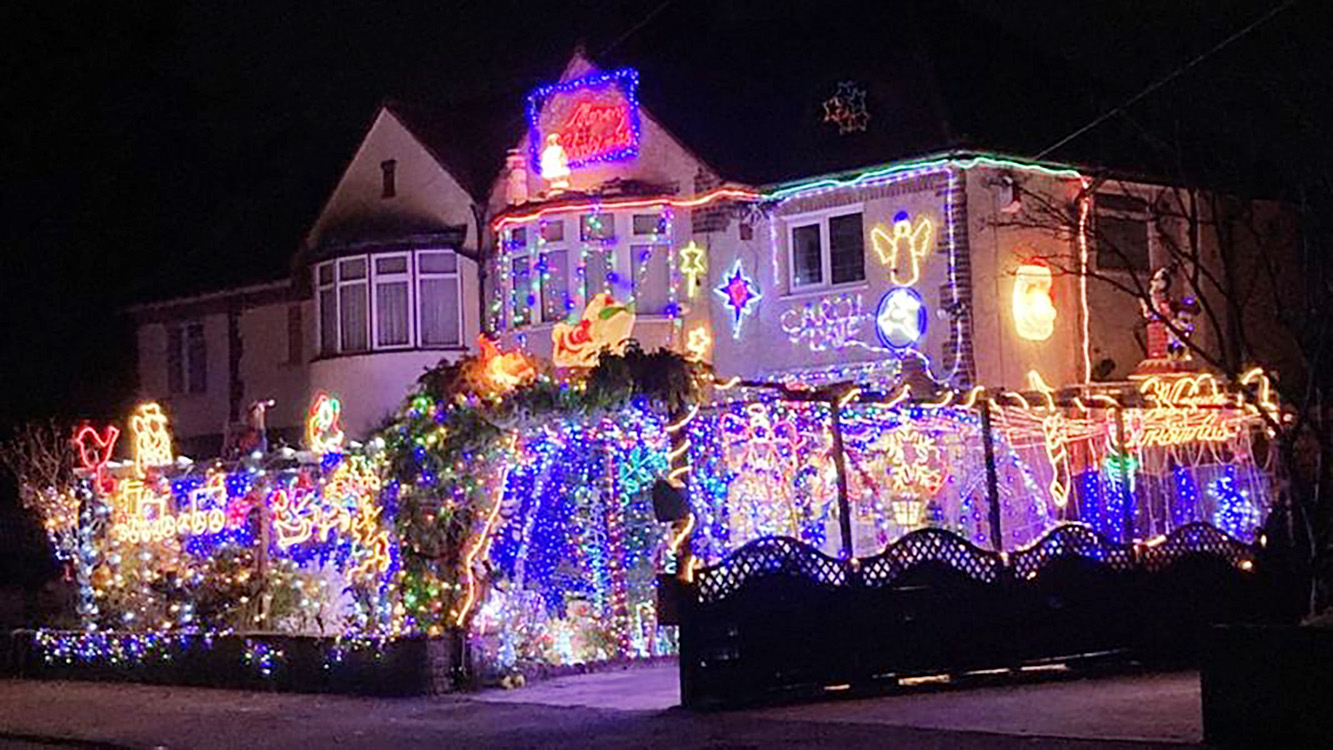 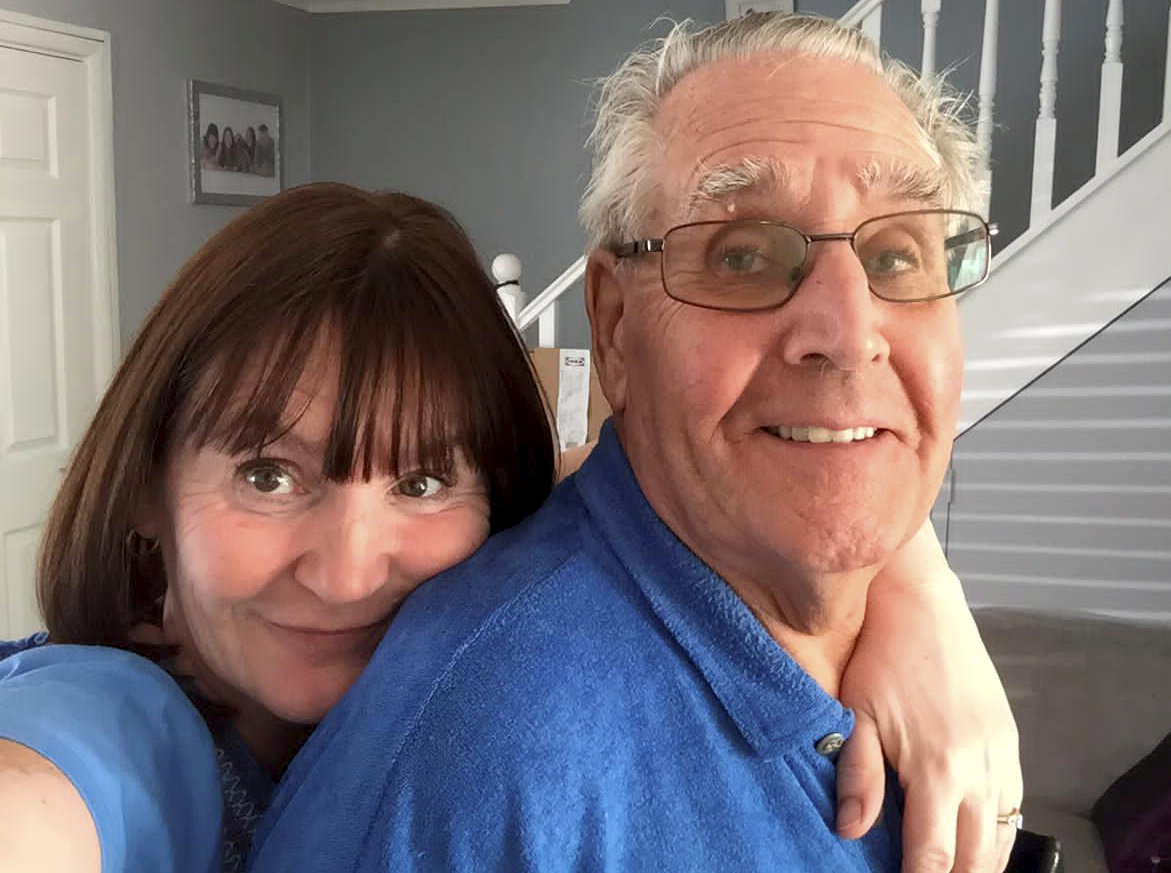 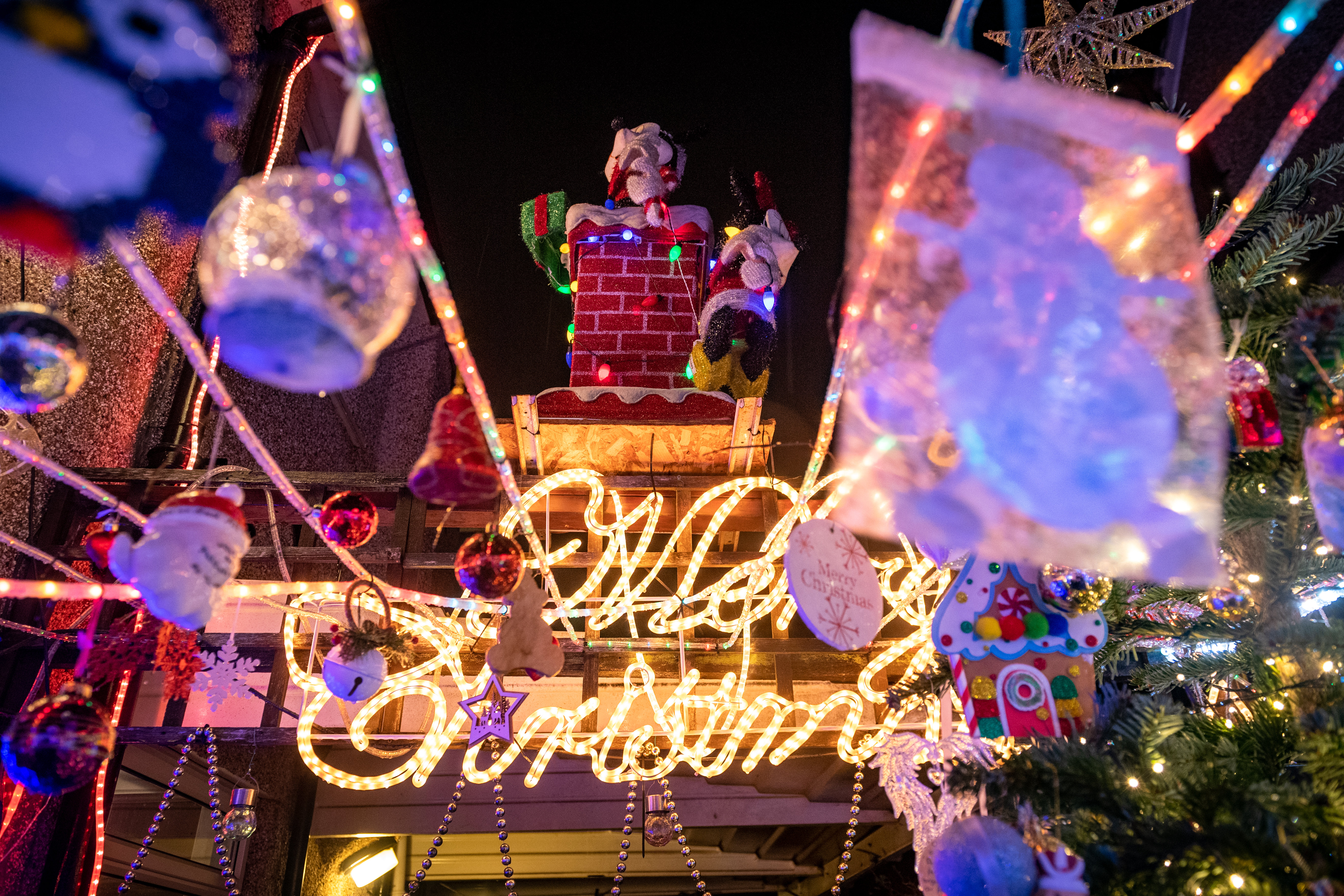 But Dave tragically passed away earlier this week, with his dying wish to daughter Sharon, 50, being that she light up the village once more.

Sharon said: "Heaven has gained an angel and now he's back with my mum, Mrs Christmas, and they can begin lighting up Heaven together."

Every year the grandad went bigger and better as he added more lights to his collection, turning his home and garden into a Christmas wonderland.

The real-life "Mr Christmas" had raised hundreds of pounds for charities over the years, as hundreds of people traditionally gathered in the street to watch the switch-on event.

But sadly this year's light switch-on was an emotional one after Dave passed away on Friday night.

Sharon, the mum of Dave's two grandchildren Kiara, 16, and Aimee, 13, said: "The switch on went as well as it could, despite the rain.

"It was a really difficult day. I was so numb and am in shock still which is probably what got me through it all.

"My dad was such an amazing man, the community has been devastated and the tributes that have been flooding in are just breath-taking.

"We had a nine foot Christmas tree donated and people have been queuing for three days to hang ornaments on it – there's been so many that we've had to decorate other trees on the lawn and hang some from above the driveway too.

"Dad never got to see the tree but we did tell him about it and he said it was 'marvellous'. He could hear people queuing outside so he still felt a part of it. 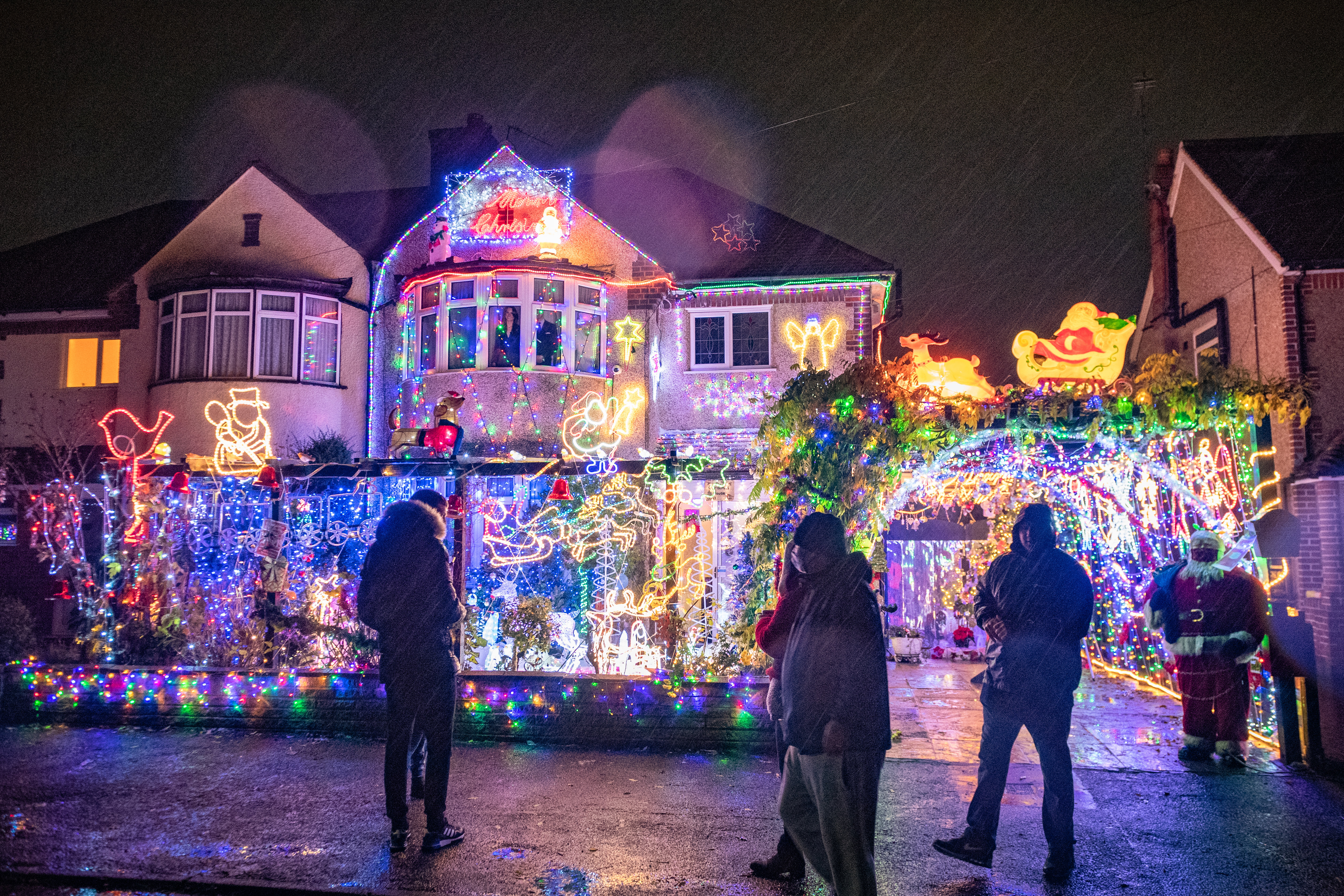 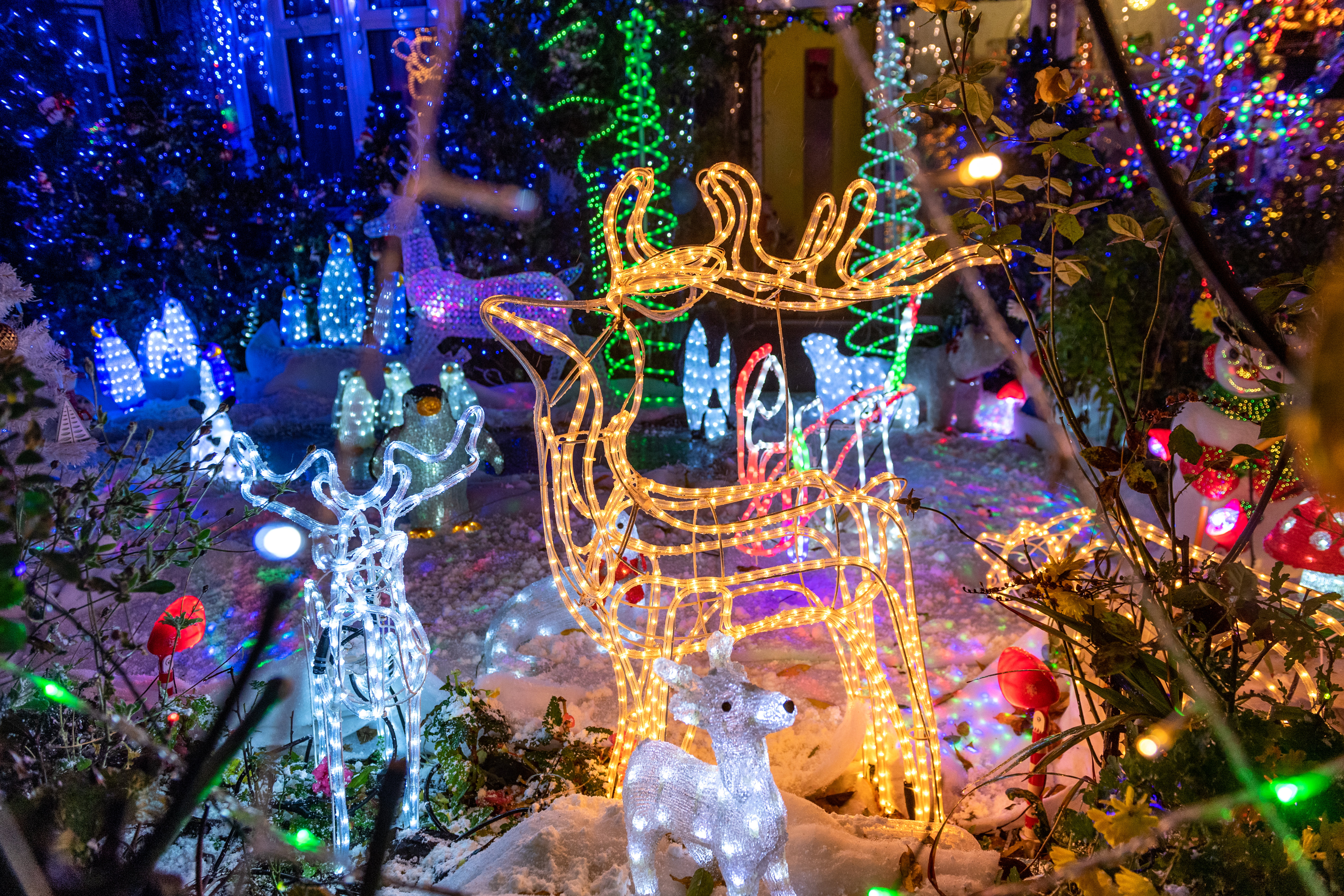 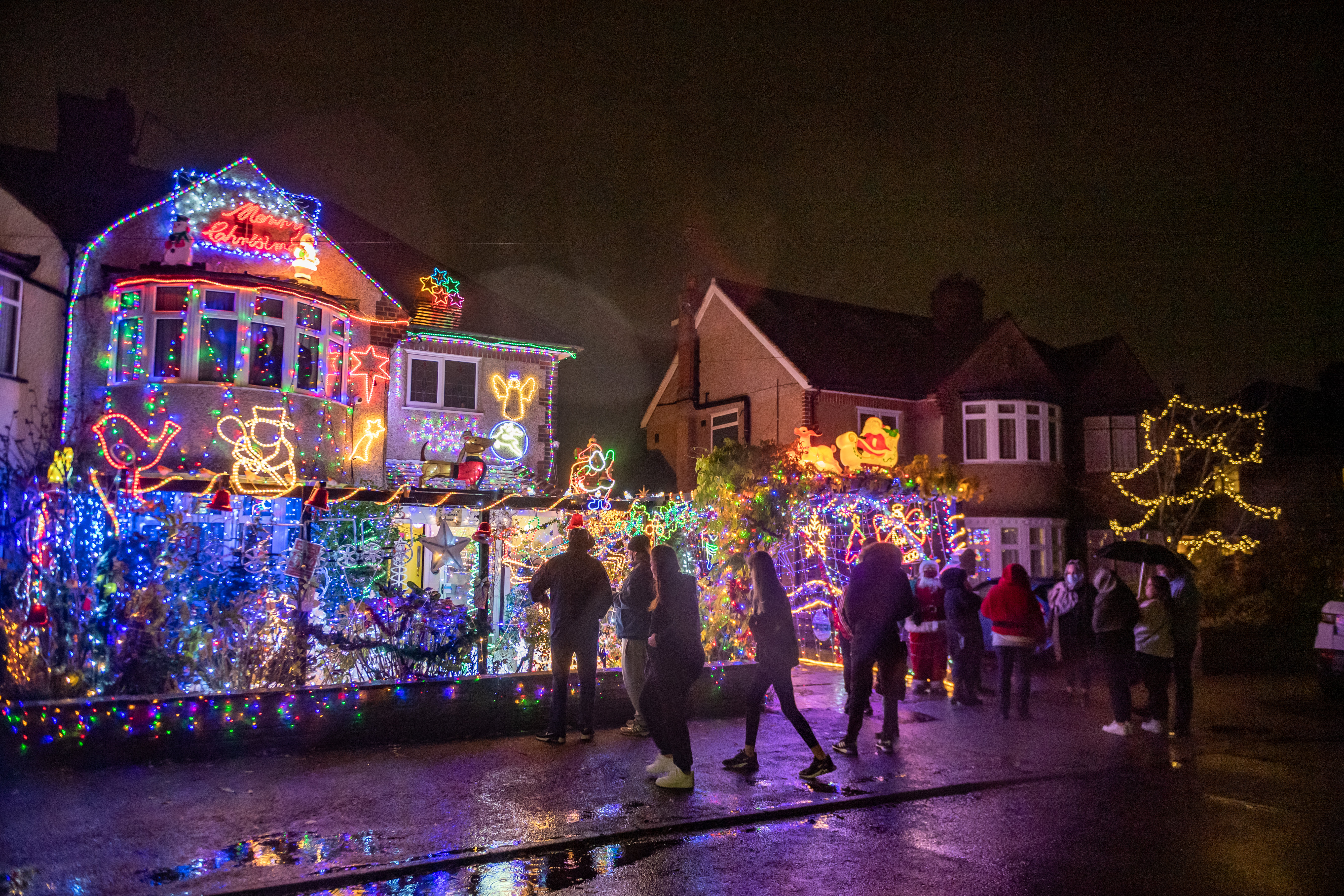 "I know how much this all would have meant to him. He really was a true hero."

Sharon was just eight-years-old when her father began his eye-catching Christmas displays on the house where she was born.

The tradition began as Dave competed in a lights display competition with a house across the street, Sharon recalled.

But neighbours and locals soon came to love and expect his colourful and extraordinary displays every year, becoming a popular attraction.

Sharon and her husband Paul, who have been helping Dave organise the event for the last 20 years, have even arranged for celebrities to do the light switch-on in past years – including X-Factor 2017 winners, Rak-Su.

Sharon joked: "As a teenager I used to be really embarrassed by all this.

"Everyone knew my house as the Christmas house, and I would come home and find the driveway full of people trying to get a look inside the house, to see if it was as decked-out as the outside."

But over the years, she has grown to love her father's wacky tradition.

She said: "It gets bigger and better every year.

"We usually have an amazing grotto in the garden, and we raise money for different charities – Dogs Trust, homeless shelters, food banks.

"We usually have about 2000 people coming out to see the lights." 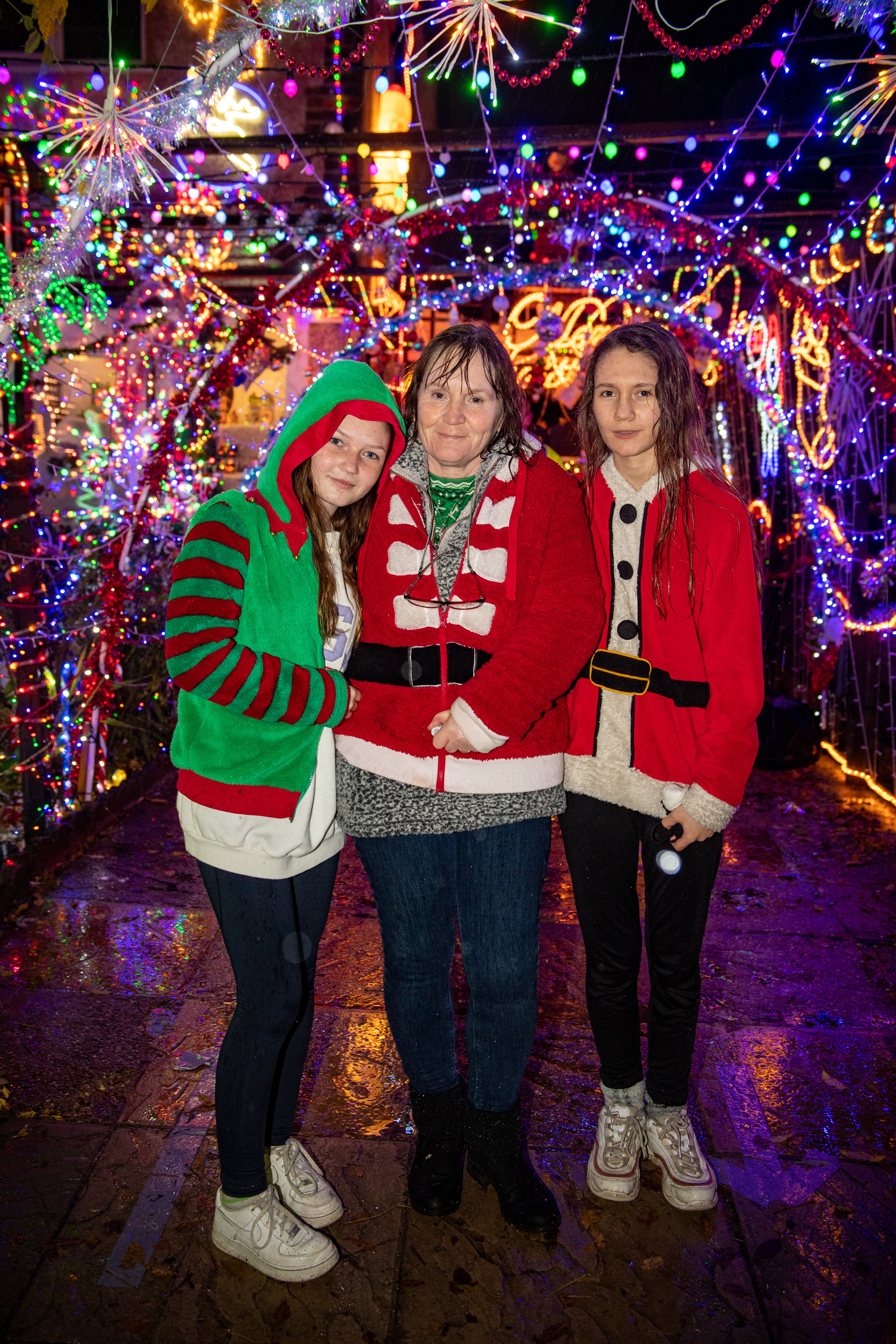 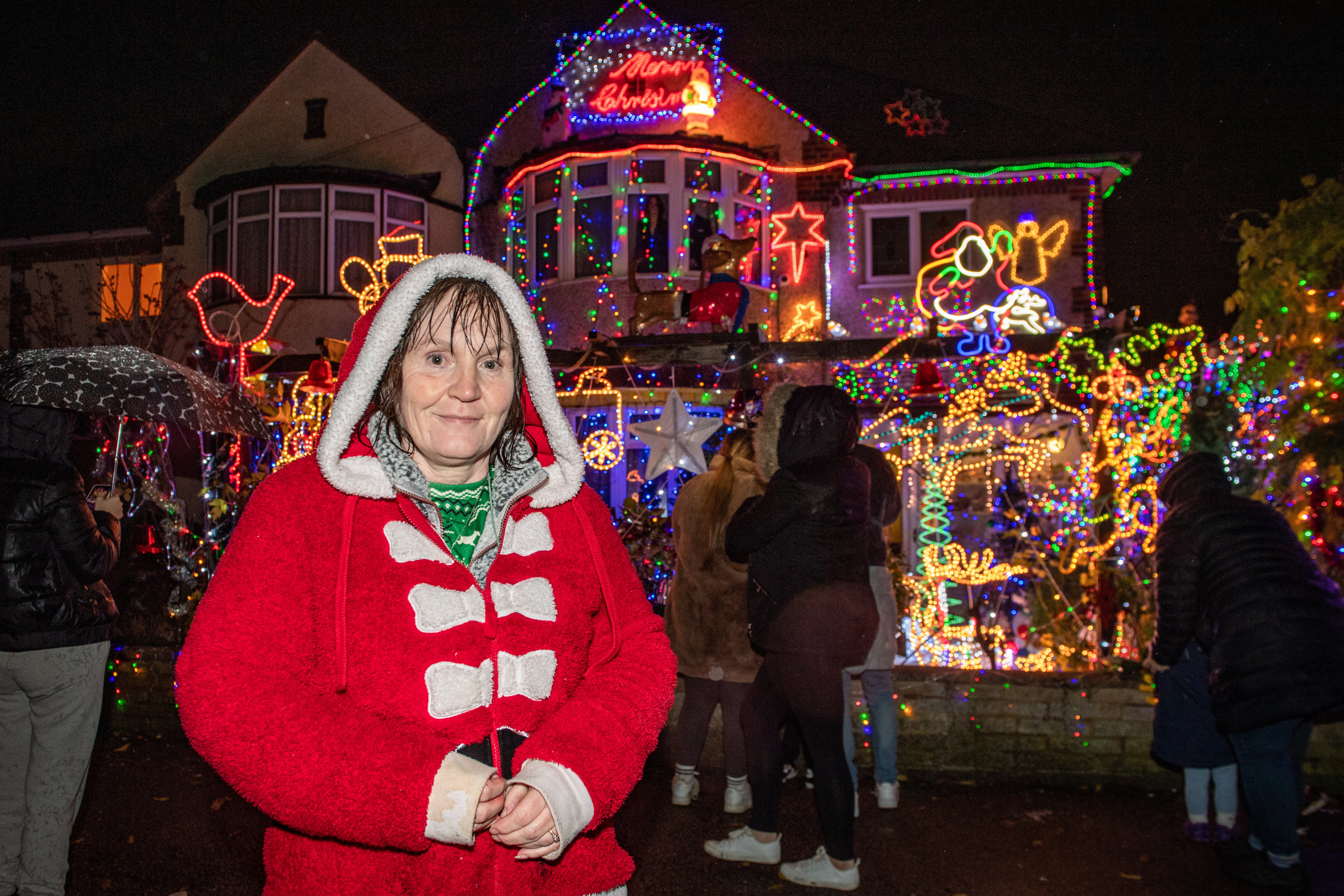 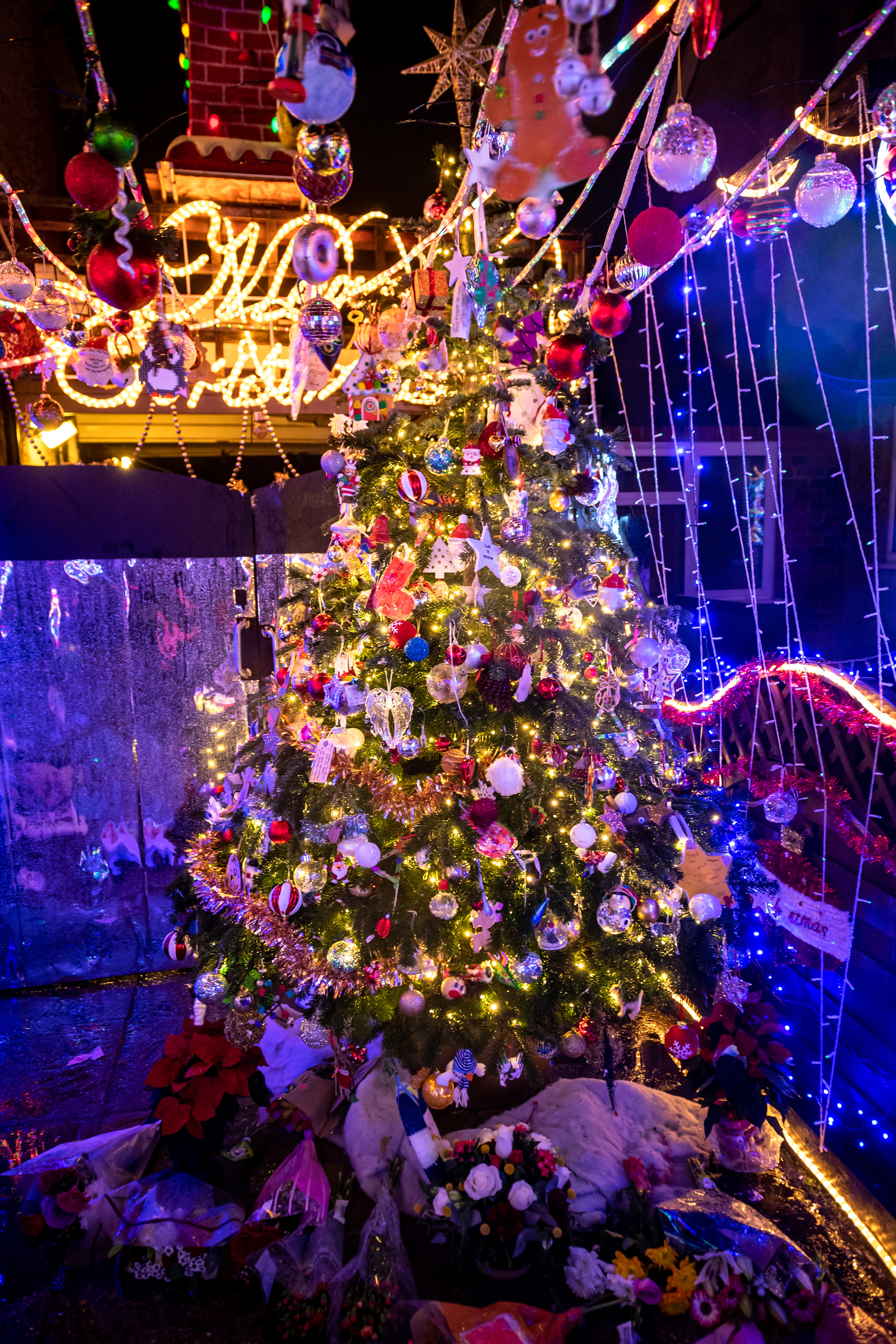 This year, of course, the event was a scaled-back, family affair due to coronavirus – and was instead live-streamed on the Mr Christmas Fundraising Lights Facebook page.

Sharon organised a fake light switch-on for her dad's neighbours a couple of weeks ago, so he had one last chance to turn on the lights that were such a big part of his life.

Meanwhile, some of Sharon's closest friends have organised a separate fundraising page to help support Sharon and her family after "Mr Christmas" passed away.

Sharon's friend Amber Clarke has been going to the light switch-on events at the Christmas house since she was four years old – and now takes her five children.

She said: "I don't think there's been a year that I've missed. It's just something you take for granted in Croxley.

"I never thought I wouldn't be able to go to the Christmas house again.

"Dave has done so much for everybody in the community – we just wanted to start this fundraiser as a way to thank him, by helping his family and taking some of the pressure off after he dies."

Amber added: "It's been amazing. So many local businesses have donated. We've raised over £300 in just two days – it's gone mad."

And Sharon now hopes to be able to use the fundraising money to save the "Christmas house" and keep it in the family – so they can carry on putting on Christmas lights displays in her dad's memory.

She said: "This house means everything to me. I really want to find the funds to keep it going."

Sending Sharon his condolences, he said: "We are so very sorry to hear this sad news.

"Your dad was one of a kind – a real star and, in my eyes, a hero. It was an honour and privilege to have known him – albeit for too short a time.

"What Dave gave to the community around him in terms of pleasure and raising so much for so many causes is something you should be immensely proud of.

"Dave Edwards are a rarity in this world. May he rest in peace." 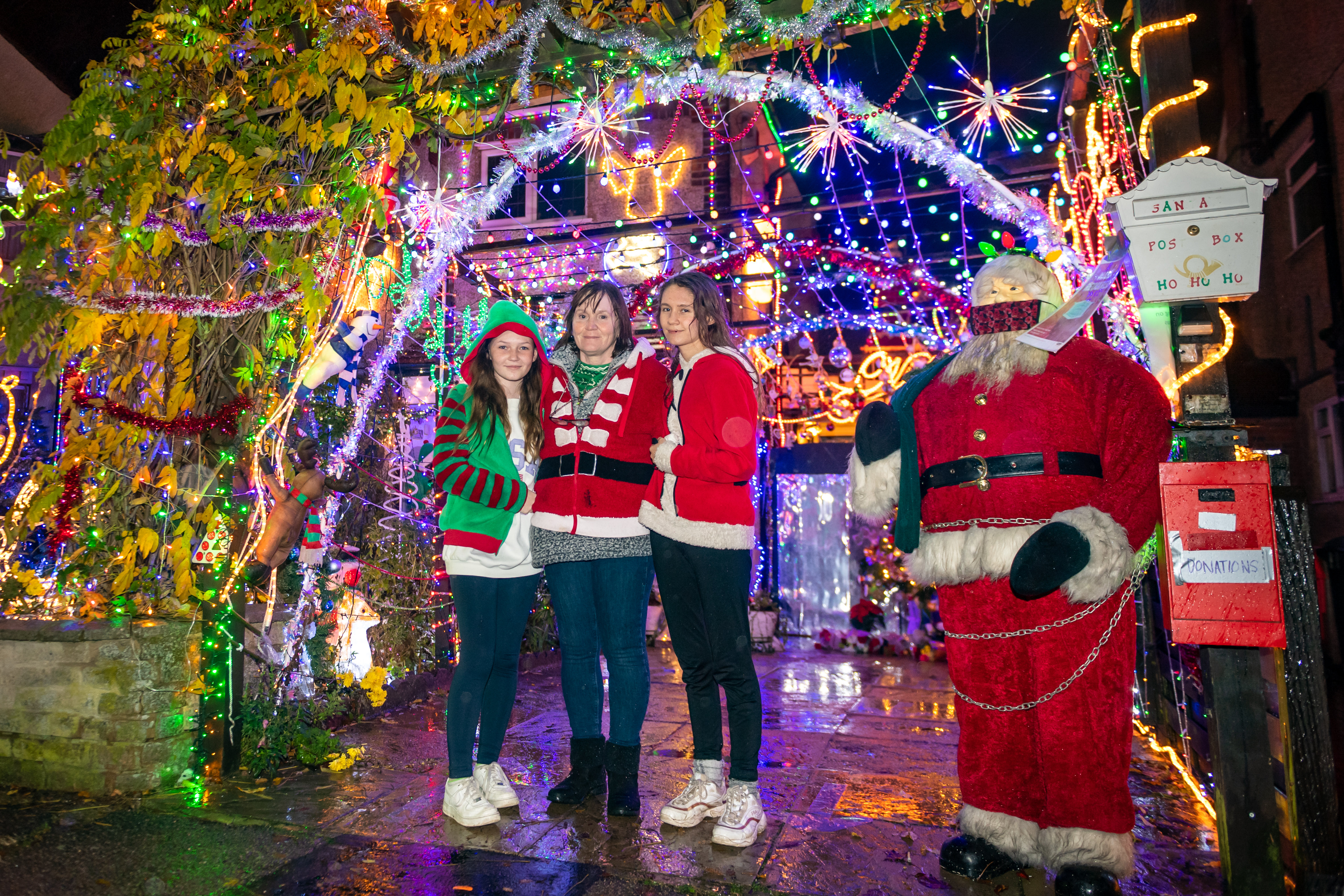 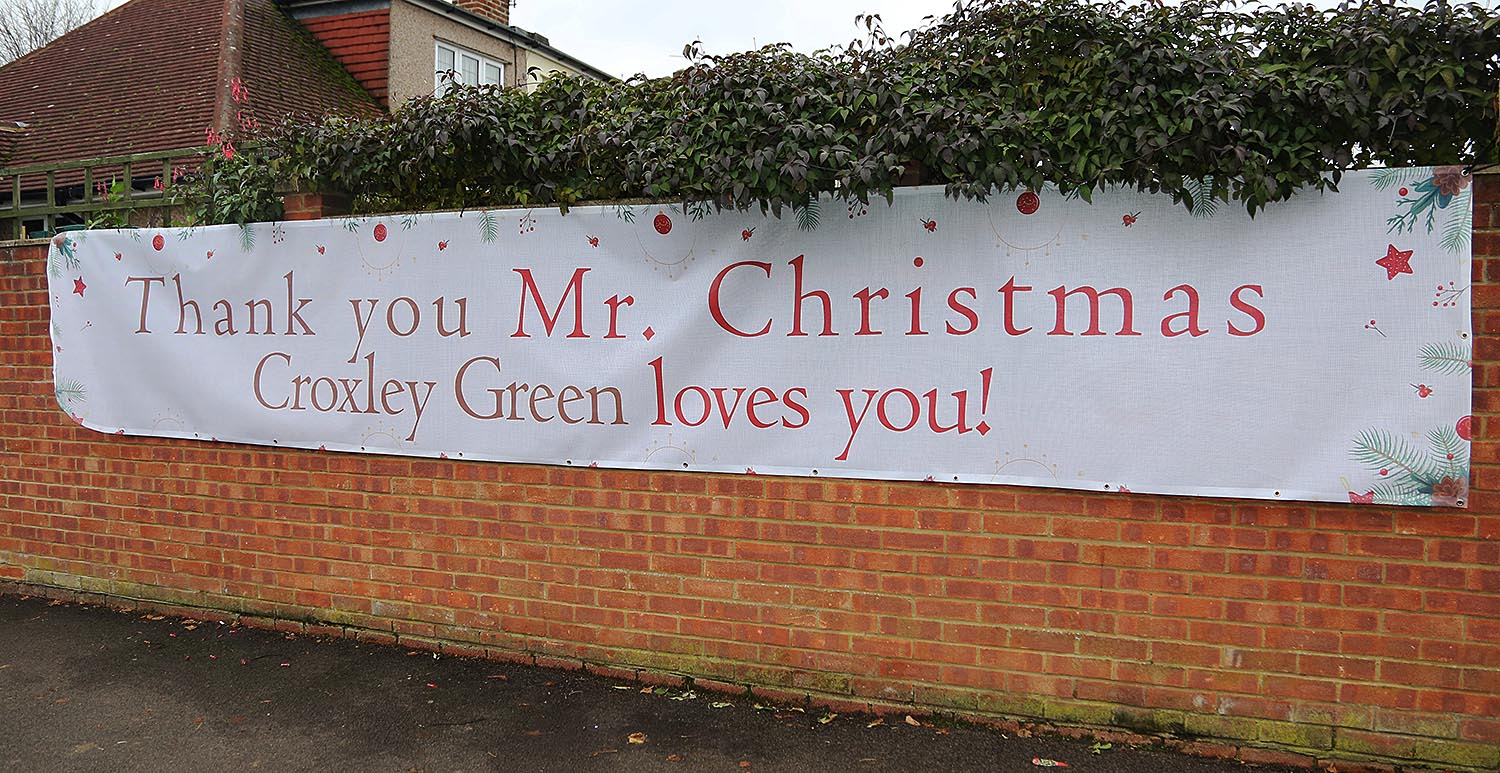 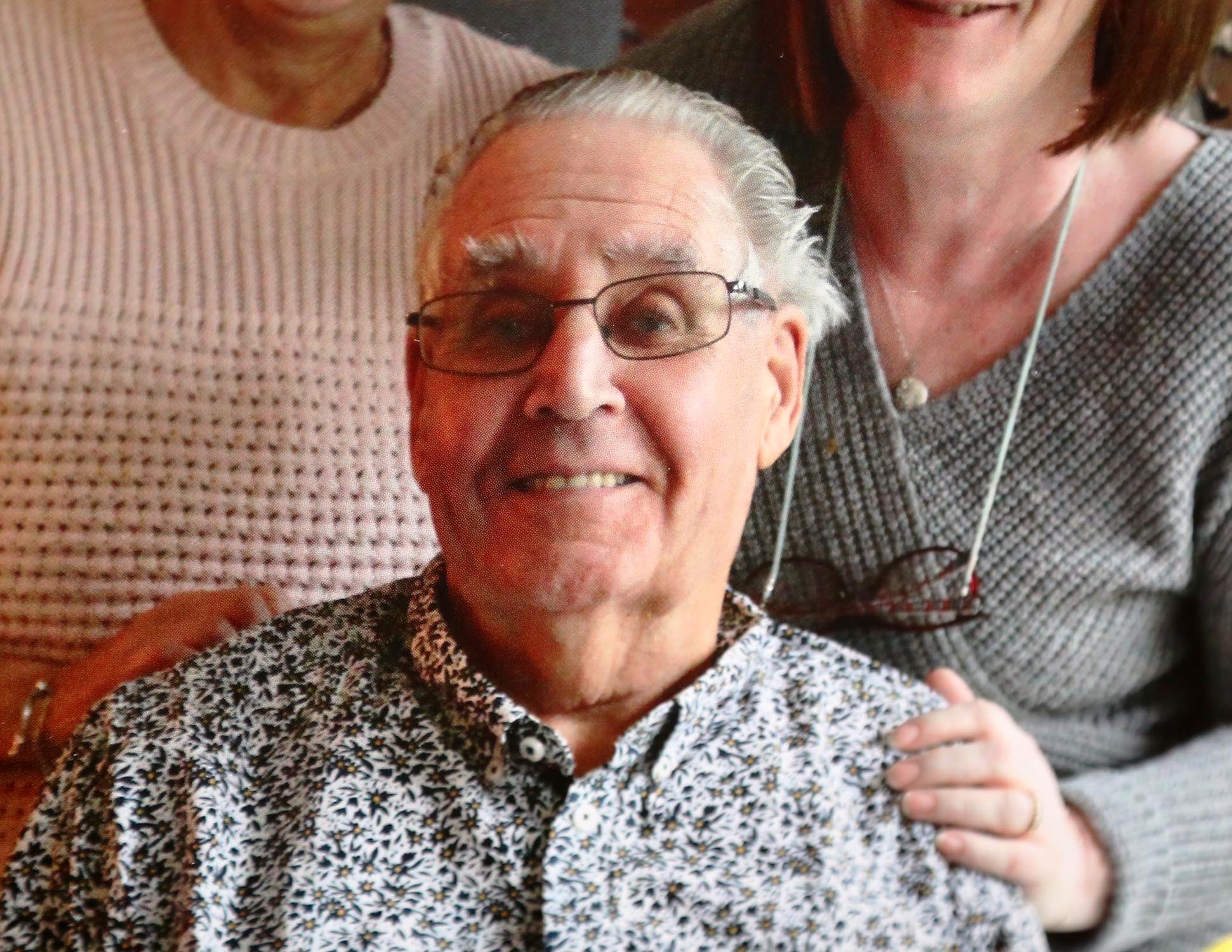 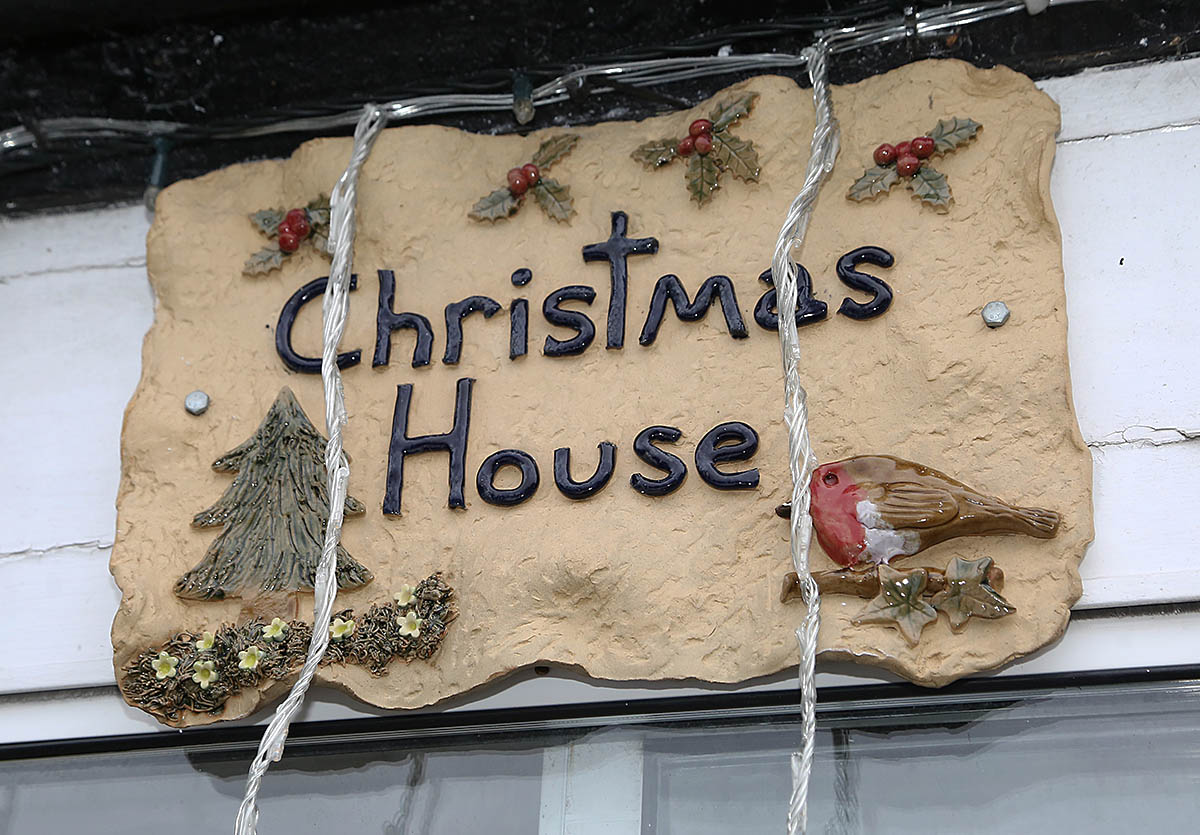 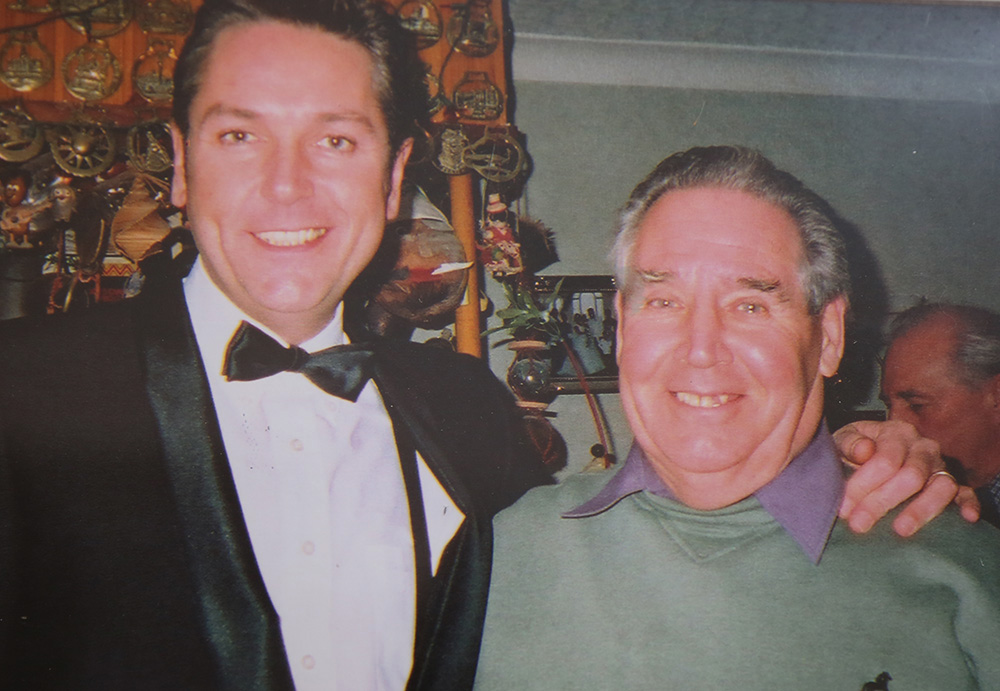 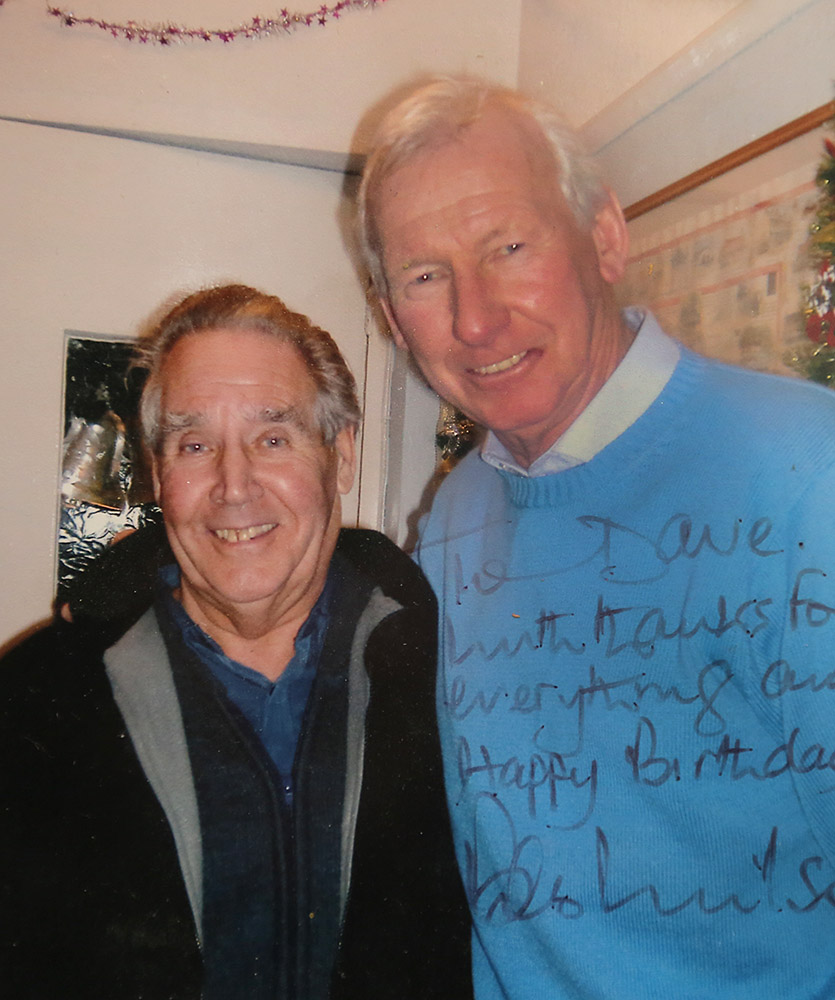 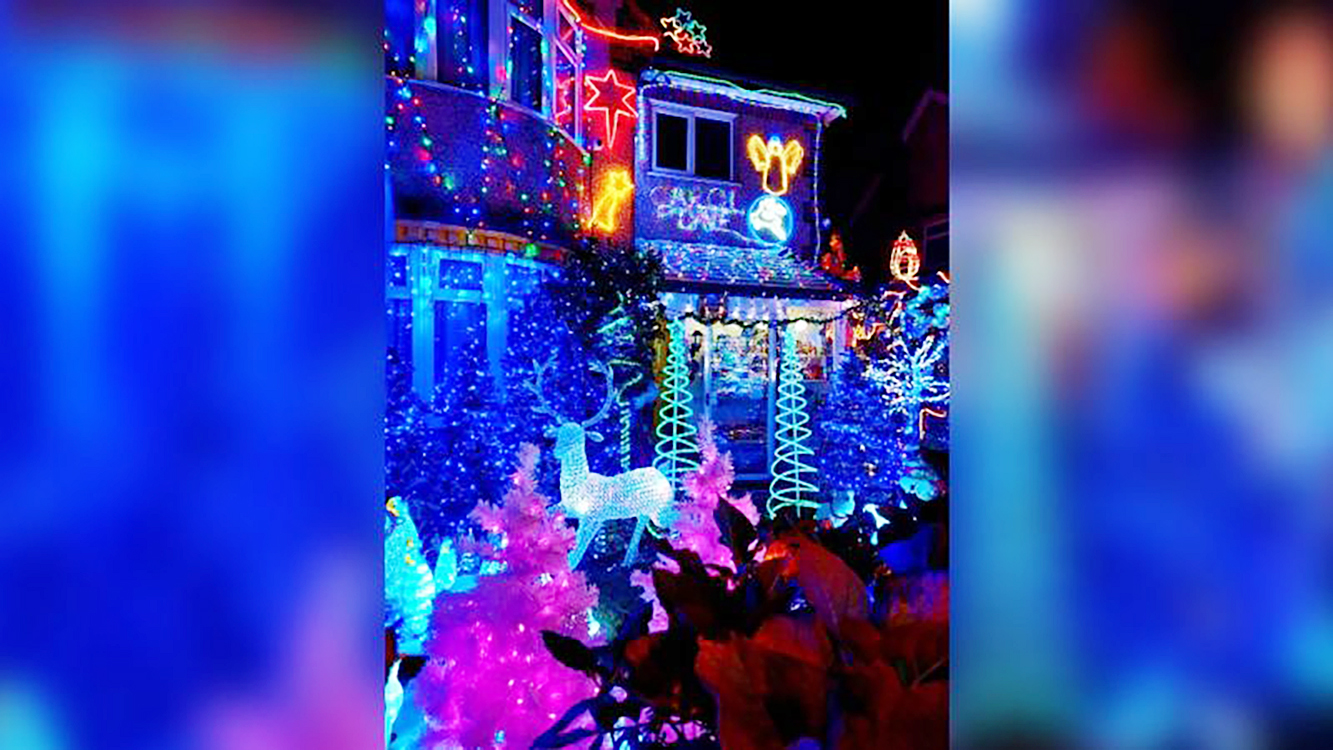 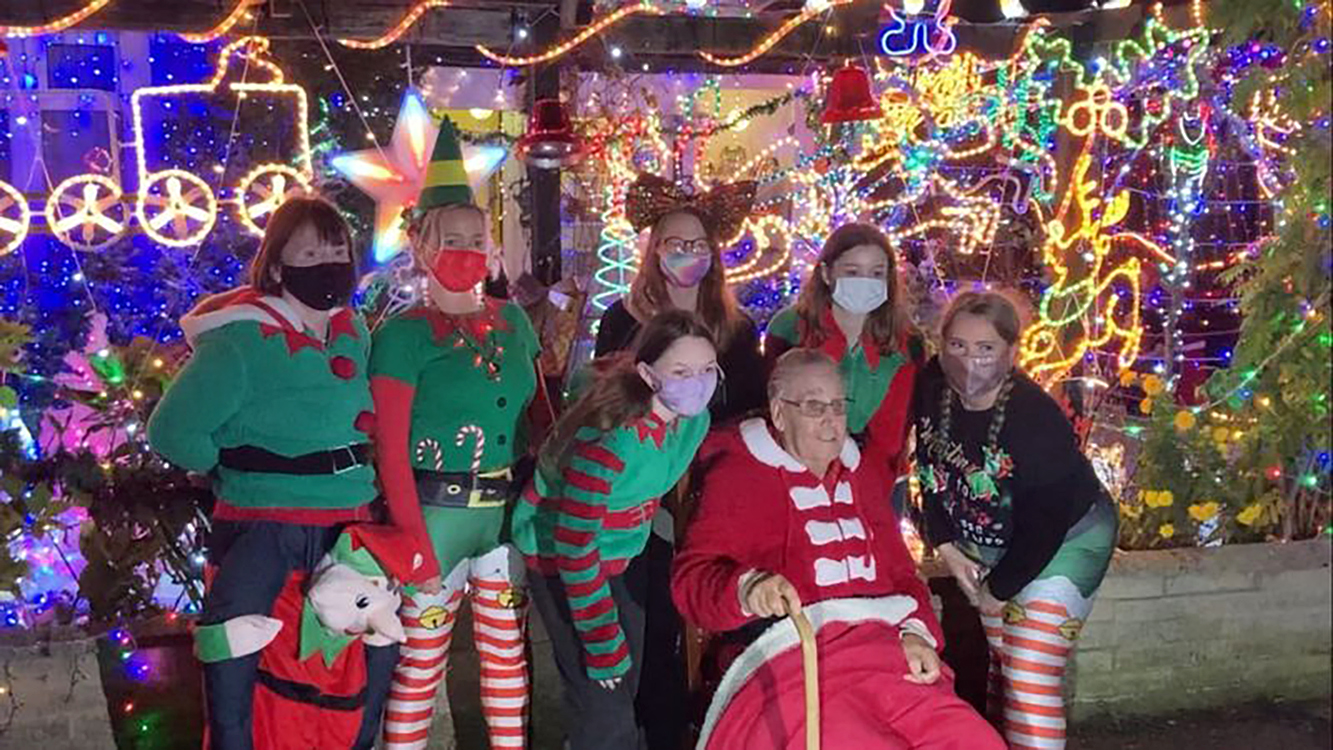 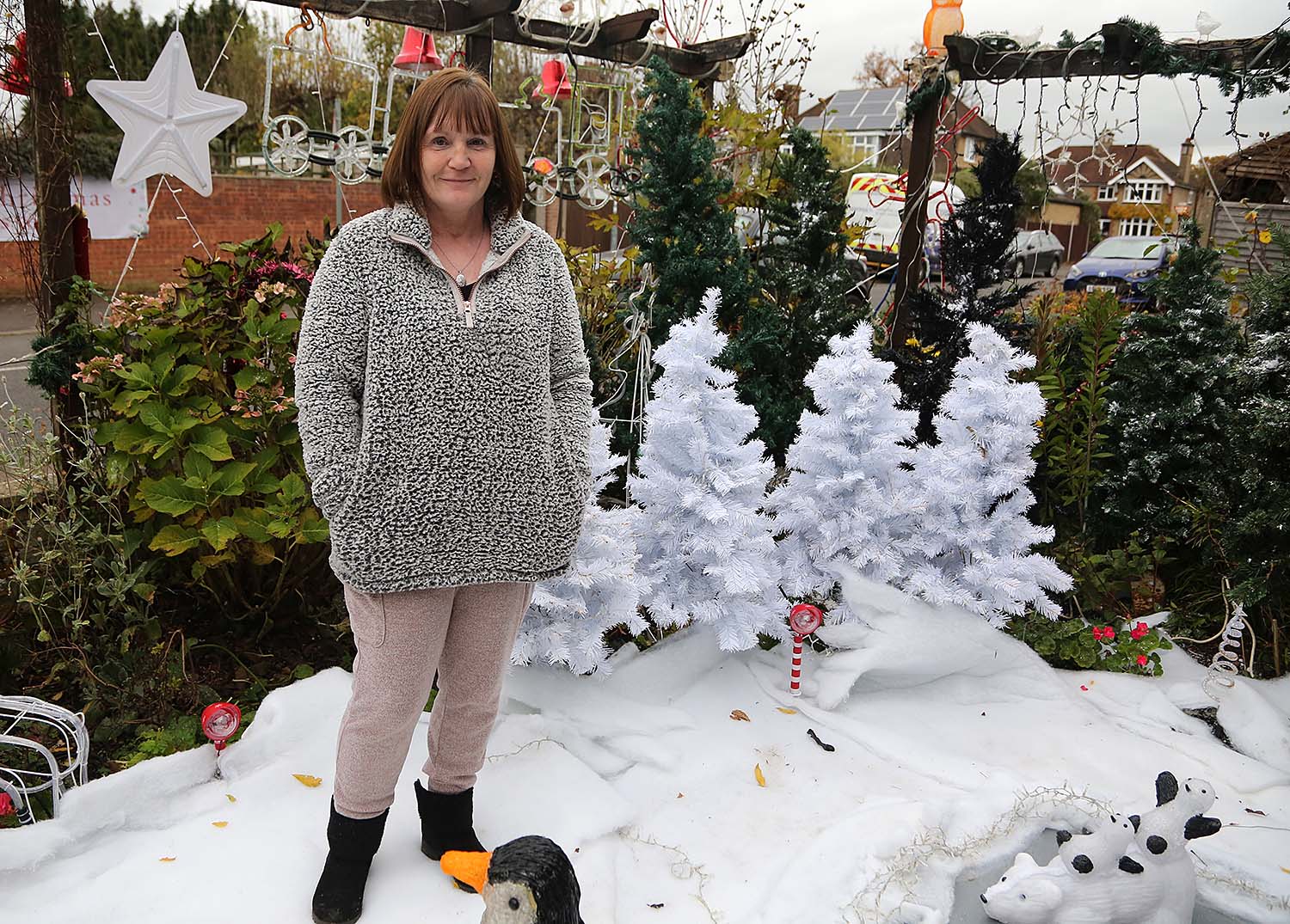 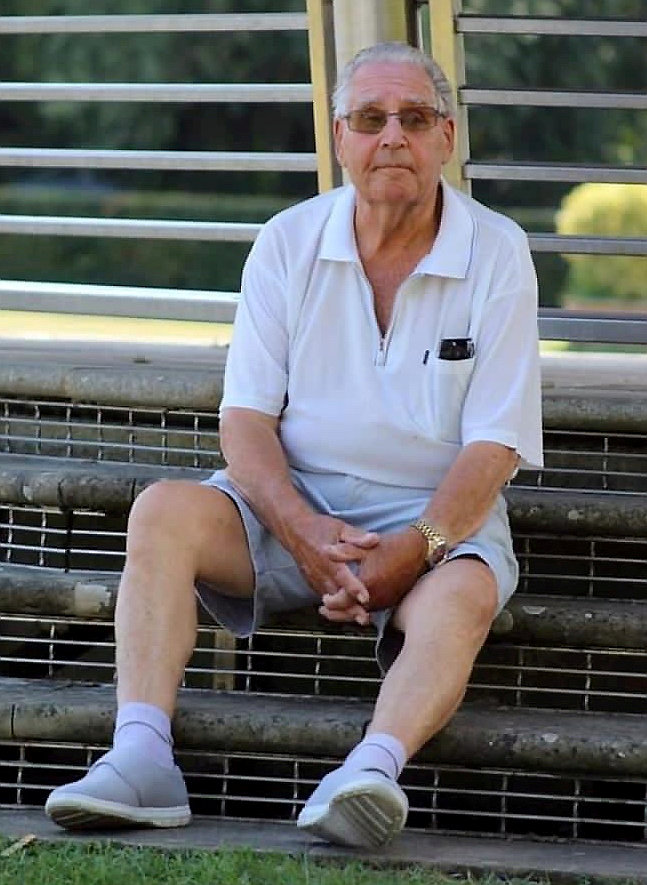