In 1997 the controversial politician, known for the distinctive birthmark on his head, needed a bit of ready cash for a new library – and he found a spectacular opportunity to sell out. 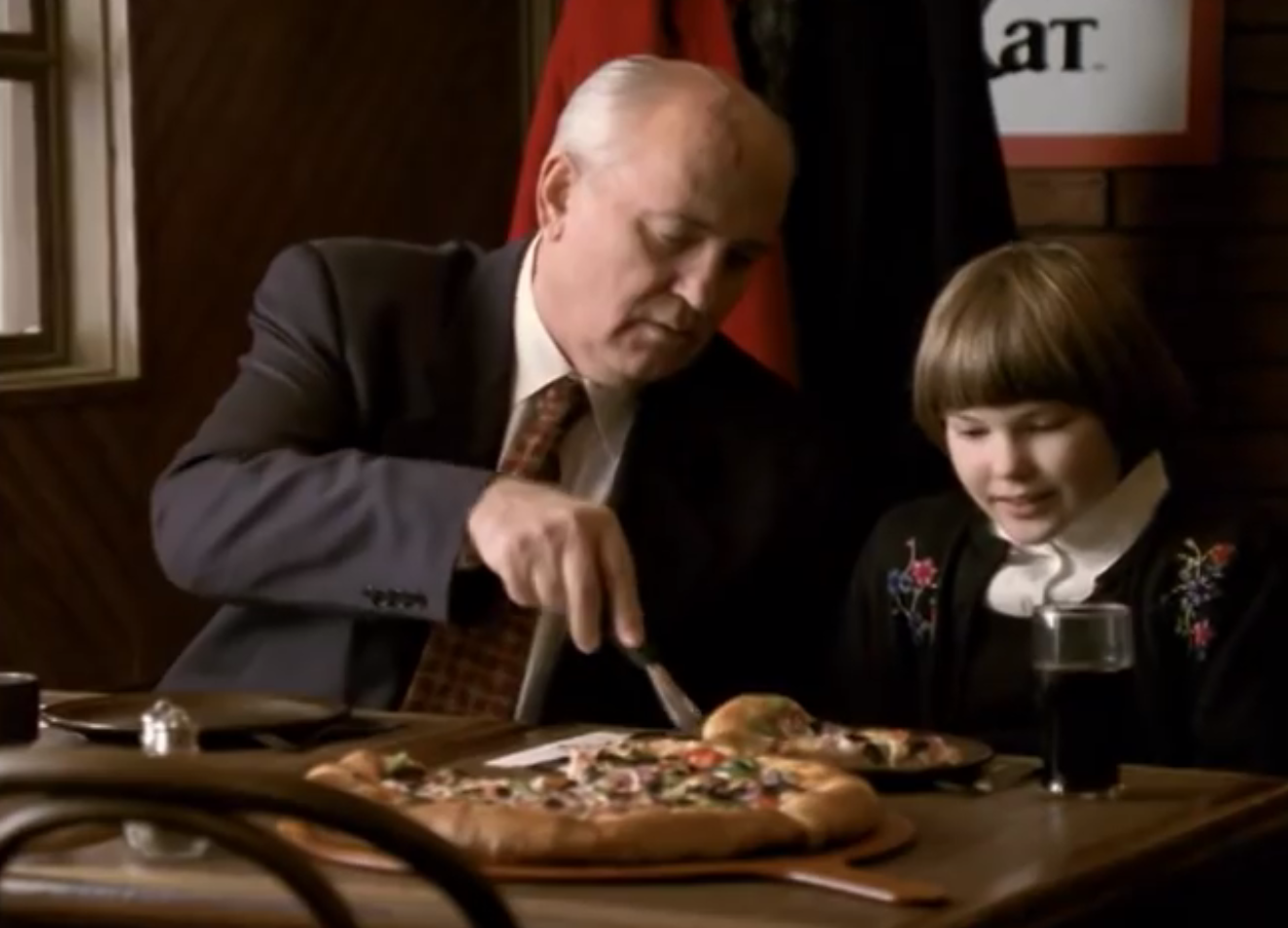 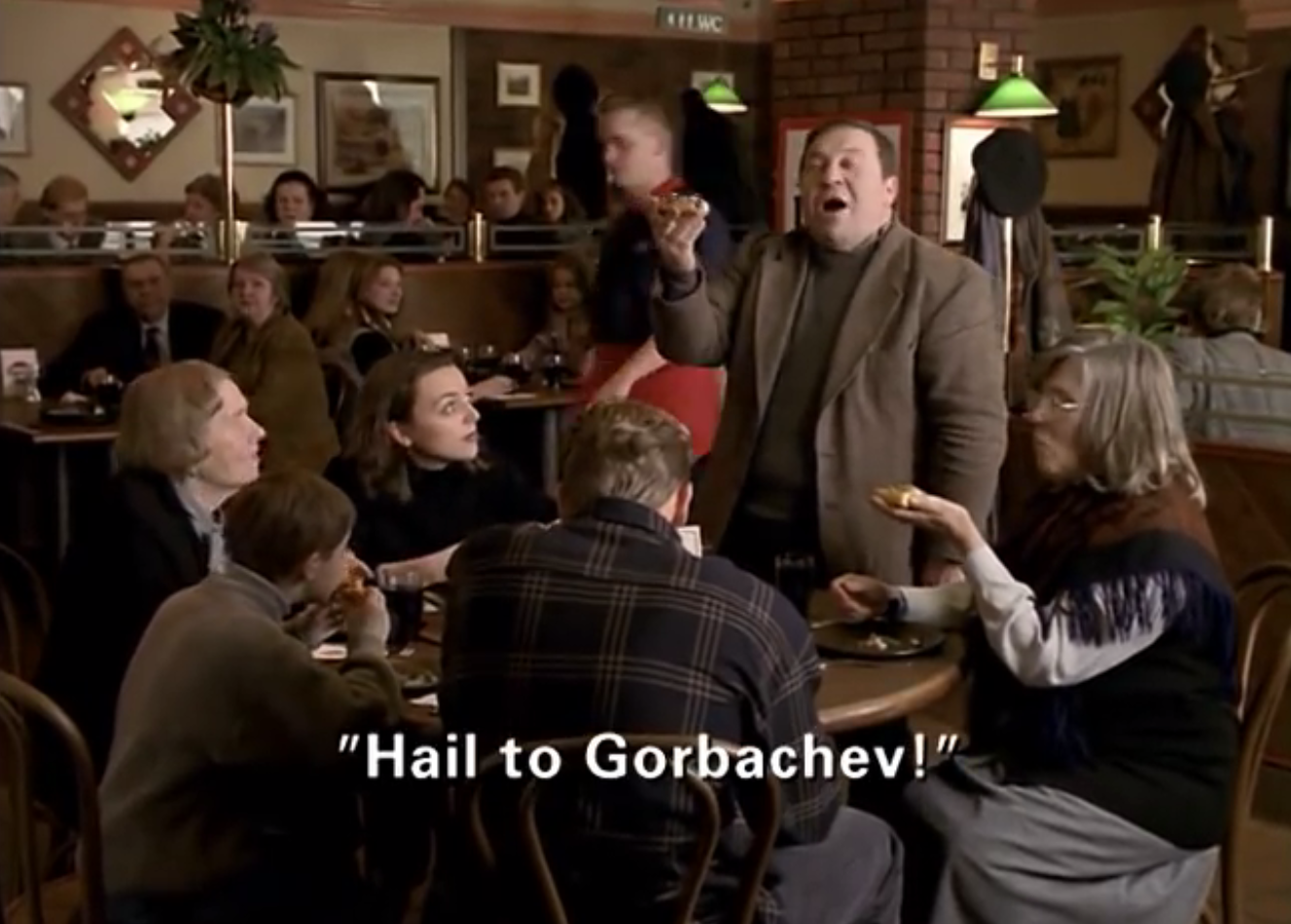 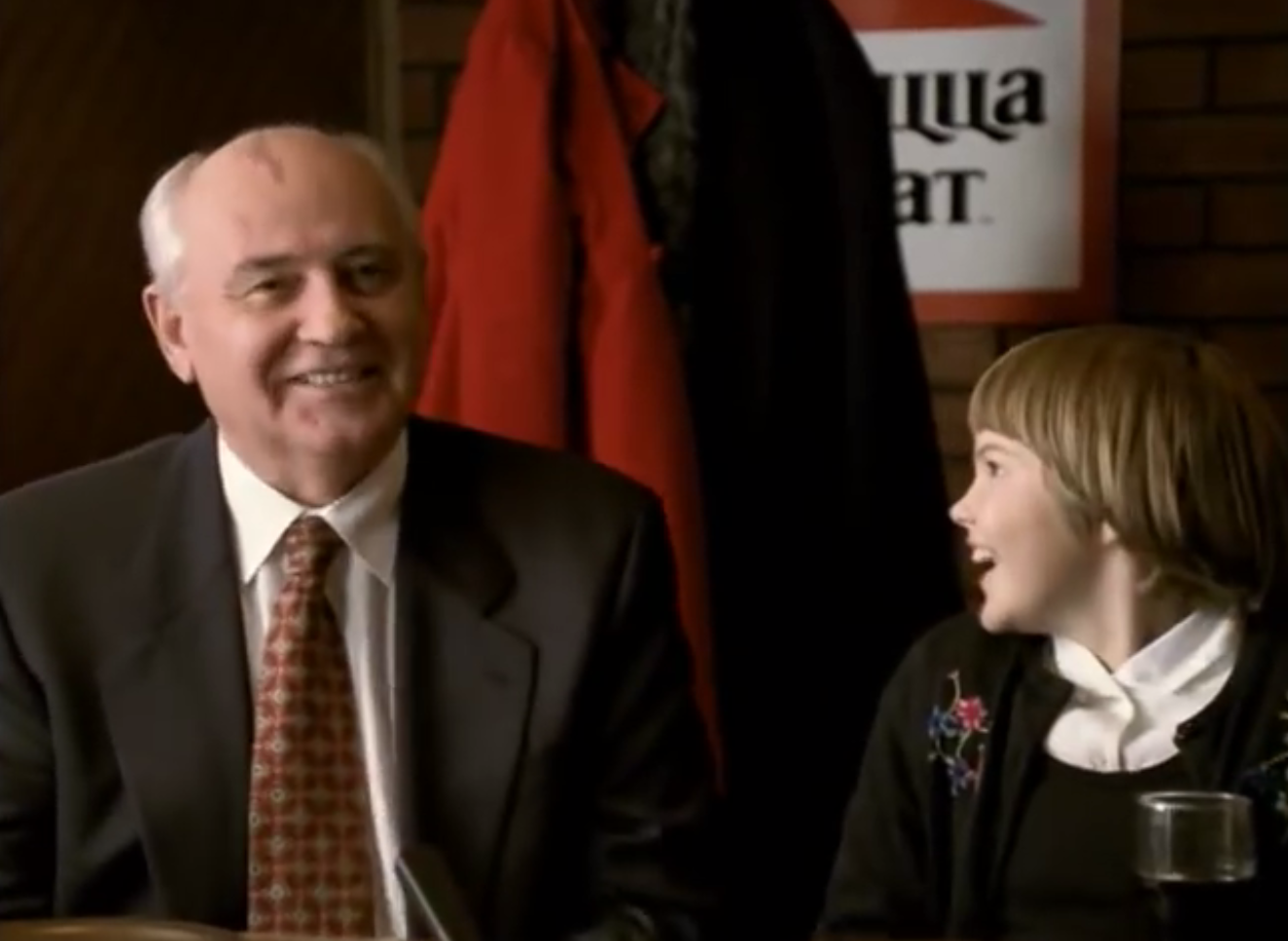 The bizarre Pizza Hut advert, filmed around six years after the collapse of the Soviet Union, has gone viral after resurfacing on Twitter in recent days.

There’s only a fleeting appearance by the so-called ‘Marked One’ with most of the advert consisting of a Russian family arguing over Gorbachev’s influence.

Then, a woman steps in: “Because of him, we have many things – like Pizza Hut.”

This resolves the argument – everyone in the restaurant stands, brandishing a piece of pizza and saying “Hail to Gorbachev.”

Gorbachev, who appeared alongside his real-life granddaughter Anastasia in the clip, is rumoured to have been paid close to $1million for the surreal ad – after turning down many other offers to endorse products.

But he made an exception for the cut-price pizza brand.

“I thought that it is a people’s matter – food,” he said to the New York Times.

“This is why if my name works for the benefit of consumers, to hell with it – I can risk it.”

Though the Pizza Hut ad was filmed in Moscow, it was not broadcast in Russia.

Gorbachev is a popular figure in the West, but he is far more divisive in his homeland, due to his role in the 1991 collapse of the Soviet Union and the ensuing economic troubles that followed.

The year before the ad was filmed, Gorbachev ran for President, but received less than 1% of the vote.

Wonder if an unlimited £7.50 pizza buffet would cheer him up? 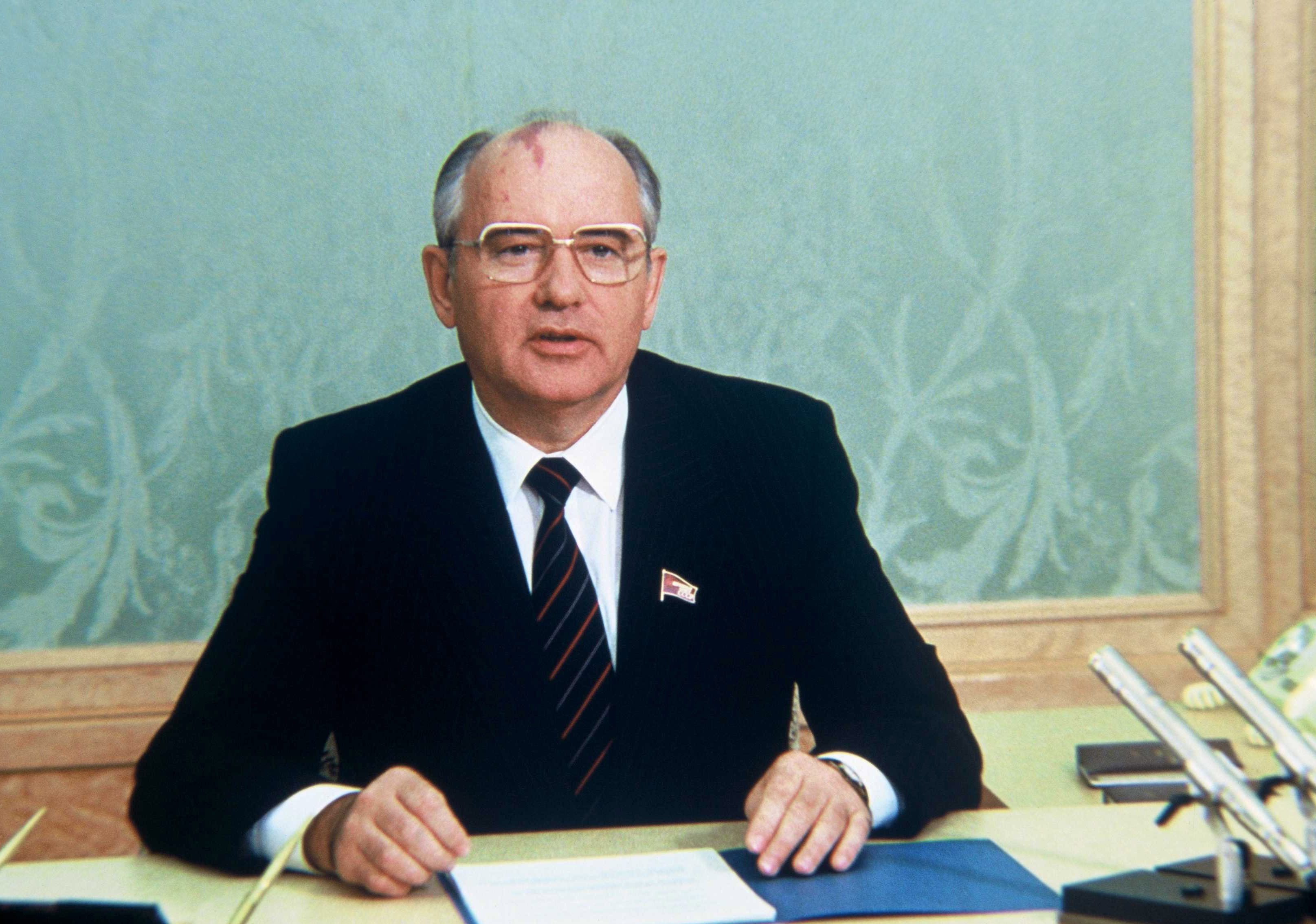