The number of positive COVID cases in the U.S. has reached new heights thanks to the spread of the Omicron variant, which has caused a staggering increase in cases over the past two weeks.

And while the number of hospitalizations have also ticked up as a result, one hospital CEO explained how there is still some good news on the horizon.

“We’re staying very, very calm,” Northwell Health CEO Michael Dowling said on Yahoo Finance Live (video above). “And there is some very, very good news that I think is worth noticing. One is that, while our numbers have increased — [on Jan. 5], I have 1,570 cases, a big increase over about two weeks ago — it seems to be flattening a little bit over the last couple of days. The good news is that people aren’t as sick as they were before.”

According to the World Health Organization (WHO), the Omicron variant appears to cause milder symptoms than the Delta, but it’s significantly more transmissible. Because of that, the number of people infected with the virus has increased dramatically.

According to the latest data from the New York Times, the U.S. is averaging more than 300,000 new cases a day, and hospitalizations have increased by 58% over the past 14 days. Children saw a 64% increase in positive cases for the week ending Dec. 30, according to the American Academy of Pediatrics.

But notably, overall hospitalizations are growing at a slower rate than cases.

Dowling, whose hospital system is the largest health care provider in New York, expressed that “the percentage of people in the ICU is basically staying very low and flat. And the numbers of people being intubated are very, very low. This is completely an improved circumstance from what it was a year and a half ago.”

Still, Dr. Peter Hotez, co-director of the Center for Vaccine Development at Texas Children’s Hospital and dean of the School of Tropical Medicine at Baylor College of Medicine, cautioned against thinking Omicron is insignificant.

“The fact that Omicron’s so highly transmissible, it’s knocking out part of the health care workforce,” Hotez told Yahoo Finance. “So even though the virus itself has less severity and fewer hospitalizations, there are still a lot of hospitalizations and fewer health care providers to take care of them. So those three factors do create a pretty dangerous situation.”

In the Northwell Health System, about 2,500 staff members are out at the moment, according to Dowling, which is roughly 2% of the overall staff.

“We have a big health system, so I can move staff around,” he said. “The bottom line is it is quite manageable. It’s not crazy … It’s a little bit stressful. I’ve been walking the floors of each of the hospitals. And when you do that, you find that the staff are a little bit tired, but they’re committed and there is no crisis here.” 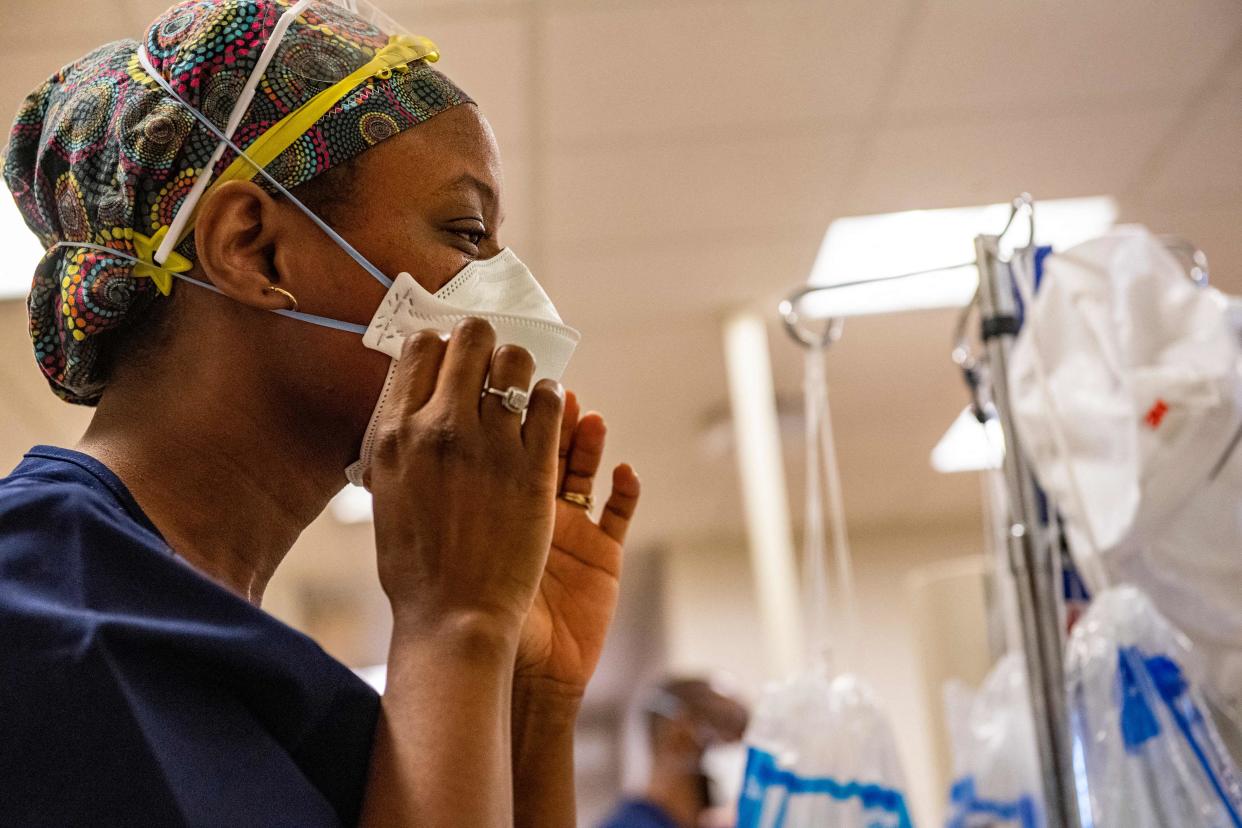 'We've got to deal with those two big problems'

While Hotez is hopeful that the Omicron wave will eventually subside, he voiced his concerns about what will follow, especially since there’s still such a large population globally that remains unvaccinated. This is how new variants emerge, as Delta did in India and Omicron did in South Africa.

“If you're infected with Omicron and recovered, you're likely going to be susceptible to reinfection with new variants, and new variants are arising,” Hotez said. “So we'll have a break for maybe a few months, and then the next variant will come along unless we make that commitment to vaccinate the world and unless we make a commitment to do something about this very aggressive anti-vaccine lobby that seeks to discredit the effectiveness or safety of vaccines. We've got to deal with those two big problems if we're really going to finally get out of this.”

In the U.S., 62.3% of the population is fully vaccinated while 73.9% have received at least one dose, and 34.9% have been boosted. Worldwide, about 60.3% of the population have received at least one dose of the COVID-19 vaccine, but these numbers vary widely, especially in Africa where vaccination rates are significantly lower than the rest of the world.

“The big picture is that even though the virus itself may cause less severe illness, when you factor in those other issues overall, the epidemic is just as dangerous in many respects,” Hotez said.

Adriana Belmonte is a reporter and editor covering politics and health care policy for Yahoo Finance. You can follow her on Twitter @adrianambells and reach her at [email protected]