One in four NHS staff on Covid wards developed post-traumatic stress disorder as a direct result of working with patients who suffered from and died of the virus, while more than a third had depression

One in four NHS workers on Covid wards developed PTSD during the pandemic as a direct result of working with patients who had the virus.

If a person worked on a Covid ward during the pandemic they had a 24 per cent chance of developing post-traumatic stress disorder (PTSD) and major depressive disorder (MDD), a study by the University of Oxford found.

Almost half of NHS staff working with Covid patients had PTSD, with 44 per cent having the condition, while the rate of depression was equally high at 39 per cent.

Healthcare assistant Shane Longton, 37, from Preston, Lancashire, said he quit his ‘dream job’ in the NHS at the start of this year when he started developing signs of PTSD. 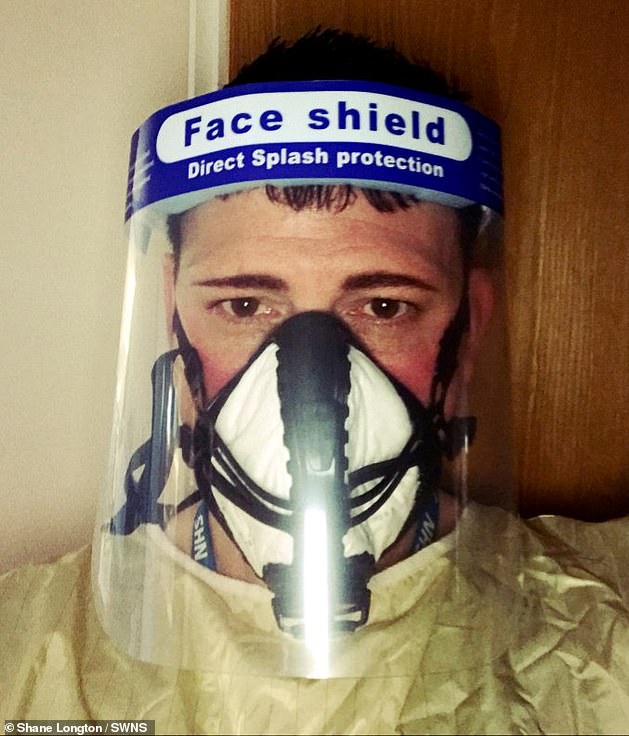 Shane Longton (pictured), from Preston, Lancashire, said he was prepared to work for the NHS for life but reluctantly admitted he ‘didn’t sign up for this’ amid the ongoing pandemic 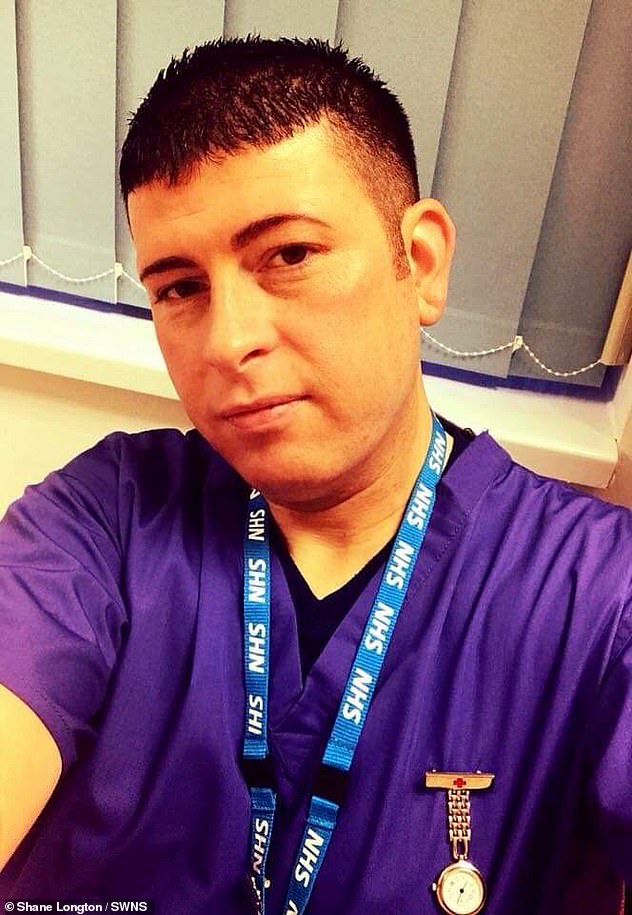 He said: ‘My anxiety got a lot worse and I’m showing symptoms of PTSD from the first wave.

‘People say we knew what we were signing up for, but none of us signed up for this.

‘I thought I’d work for the NHS for the rest of my life, but I just can’t do it anymore.

‘This past year has really taken its toll on my mental health and I have to put that first.’ 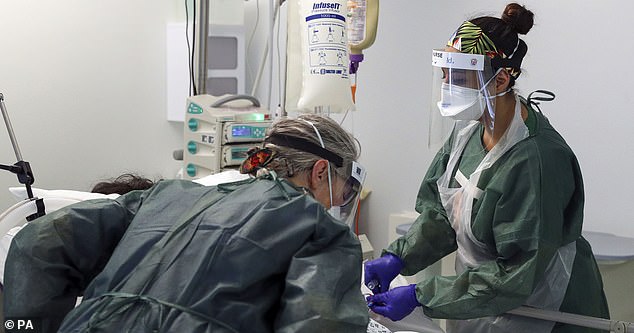 A study by the University of Oxford found that close to 25 per cent of healthcare staff in Covid wards developed PTSD as a direct result of working with patients who had the virus. Pictured: Nurses care for a patient in an Intensive Care ward treating victims of the coronavirus in Frimley Park Hospital in Surrey

The study by the University of Oxford focused on healthcare workers who had worked directly with Covid patients and had experienced a number of deaths as a result of the virus.

Even with staff who had PTSD that was unrelated to working with Covid patients, the study’s authors said the ‘stressful nature’ of the pandemic likely intensified pre-exisiting symptoms. 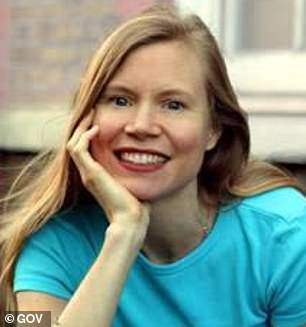 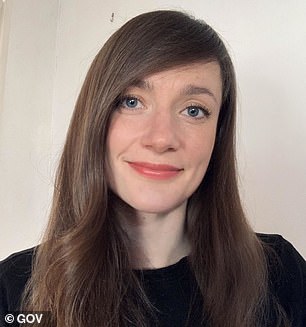 Jennifer Wild (left) is an associate professor of experimental psychology and led the study. Dr Aimee McKinnon (right) is a clinical research psychologist who assessed many of the healthcare workers that took part. She said the pandemic had drawn attention to the issue of high trauma rates and depression in healthcare worker

Jennifer Wild is an associate professor of experimental psychology and led the study.

She said: ‘This research helps to clarify the PTSD picture among healthcare workers.

‘In the 76 per cent of staff who had PTSD that was unrelated to the pandemic, it is likely that the stressful nature of working during the pandemic exacerbated symptoms or made it harder to recover from them.

‘There was a significant minority, 24 per cent, who did develop PTSD due to COVID-19 trauma.’

Dr Aimee McKinnon, a clinical research psychologist who assessed many of the healthcare workers that took part in the study, added the pandemic had ‘drawn attention to high rates of trauma and depression in healthcare workers’ in general.

What is PTSD and what are its symptoms?

The symptoms of post-traumatic stress disorder (PTSD) can have a significant impact on a person’s day-to-day life.

In most cases symptoms develop during the first month after a traumatic event.

Yet in a minority of cases, there may be a delay of months or even years before symptoms start to appear.

Some people with PTSD experience long periods when their symptoms are less noticeable, followed by periods where they get worse.

Other people have constant severe symptoms.

The specific symptoms of PTSD can vary widely between individuals, but generally fall into these categories:

Re-experiencing is the most typical symptom of PTSD.

This is when a person involuntarily and vividly relives the traumatic event in the form of:

Some people have constant negative thoughts about their experience, repeatedly asking themselves questions that prevent them coming to terms with the event.

For example, they may wonder why the event happened to them and if they could have done anything to stop it, which can lead to feelings of guilt or shame.

Trying to avoid being reminded of the traumatic event is another key symptom of PTSD.

This usually means avoiding certain people or places that remind you of the trauma, or avoiding talking to anyone about your experience.

Many people with PTSD try to push memories of the event out of their mind, often distracting themselves with work or hobbies.

Some people attempt to deal with their feelings by trying not to feel anything at all. This is known as emotional numbing.

This can lead to the person becoming isolated and withdrawn, and they may also give up pursuing activities they used to enjoy.

Someone with PTSD may be very anxious and find it difficult to relax. They may be constantly aware of threats and easily startled.

This state of mind is known as hyperarousal.

Many people with PTSD also have a number of other problems, including: