Rachael Matuschka thought the battle was over when her community defeated a controversial plan to build one of the southern hemisphere’s biggest abalone farms on the doorstep of their south-west Victorian town.

Residents of Bolwarra, near Portland, rejoiced in December 2020 when the state’s planning tribunal rejected the $60 million proposal for a 46-hectare facility beside the ocean. 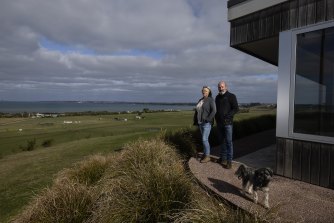 Rachael and Gary Matuschka at their home that backs onto the proposed site of a new abalone farm. Credit:Nicole Cleary

The residents had argued the noise, visual impact and odour from such a big industrial operation with enormous concrete tanks and a hatchery building had no place in a rural living zone. The Port of Portland joined them in opposing the farm.

When the company behind the proposal, Yumbah Aquaculture, failed to appeal the Victorian Civil and Administrative Tribunal decision, Matuschka thought the project was dead.

But she was devastated to learn it has now been resurrected by the state government’s newly appointed Planning Minister Lizzie Blandthorn.

“It took me about a week to get over the shock,” Matuschka said. 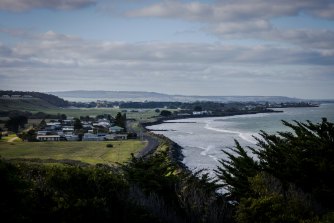 Earlier this month the government wrote to residents, saying the proposal was being considered for “accelerated assessment” under Victoria’s development facilitation program.

Residents now have until the end of the month to resubmit their case about why the project should be rejected – again.

Matuschka said three petitions opposing the original proposal had gathered more than 1200 signatures. She said residents were now regrouping to fight off the renewed plans.

They fear the huge project will dominate the coastal landscape and large tanks holding effluent will be just metres from some residential properties. 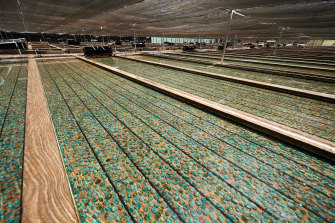 An abalone farm in Narrawong, nearby the site of a proposed new operation.

But Matuschka said all Victorians should be worried that the planning minister can simply overturn a decision by the planning tribunal, which conducted an extensive examination and public hearings on the merits of the abalone farm.

“It really does set a serious precedent for the rest of the state.”

A Victorian government spokeswoman confirmed Yumbah Aquaculture had reapplied to build the project, but said it was now smaller than the original proposal.

“Any decision will be made on the merits of the proposal in line with relevant legislation following community consultation,” she said.

A Yumbah Aquaculture spokesman said the proposed farm would produce about 500 tonnes of abalone a year, compared to the original plan of 1000 tonnes.

“The revised farm proposal addresses visual amenity and issues of scale raised by VCAT that prevented the earlier proposal from proceeding,” the spokesman said.

Despite the decrease in size, a report prepared by the planning minister said the project would be a major industrial operation, creating temporary jobs during construction and ongoing roles.

“Further, the aquaculture facility will result in Victoria becoming the dominant producer of farmed abalone nationally,” the document said.

Port of Portland chief executive Greg Tremewen said he had originally opposed the project because it was inappropriate to have an abalone farm so close to the industrial activities of the port.

“Our concerns haven’t changed,” he said.

Mr Tremewen said the government should honour the tribunal decision. “I just think it’s outrageous,” he said. “The race has been run and won.”