EXCLUSIVE: Dozens of British passengers on board Queen Mary 2 have their £5,000 luxury Caribbean cruise ruined after spending DAYS locked in their cabins following Covid outbreak on board

Dozens of passengers who booked a luxury Caribbean New Year cruise on the Queen Mary 2 ocean liner have spent the trip isolating in their cabins after mass Covid outbreaks on board.

Holiday makers had paid upto £5,000 a head for the cruise on the famous Cunard vessel from Southampton sailing on 13 December that was to take in New York and then stops around the Caribbean before returning this weekend.

But by the time they’d crossed the Atlantic on the first leg of the voyage there were Covid infections on board and despite the ten passengers who by then had tested positive leaving the ship in New York, the numbers contracting it among both passengers and crew continued to rocket. 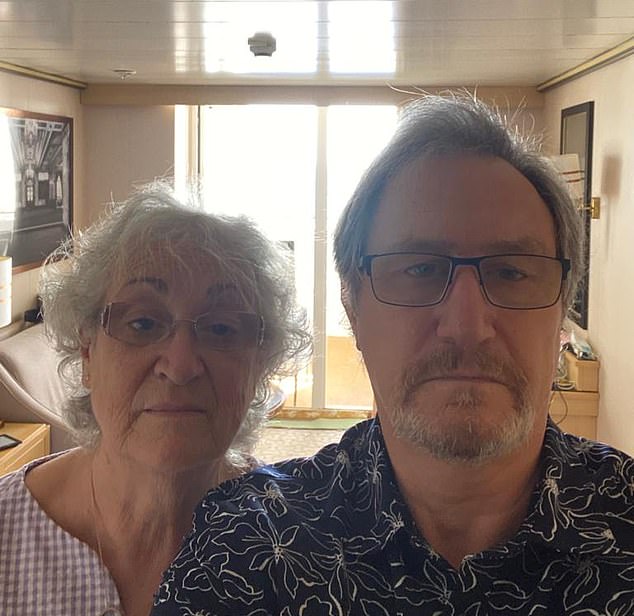 Cabin fever: since testing positive the couple have been confined to one room 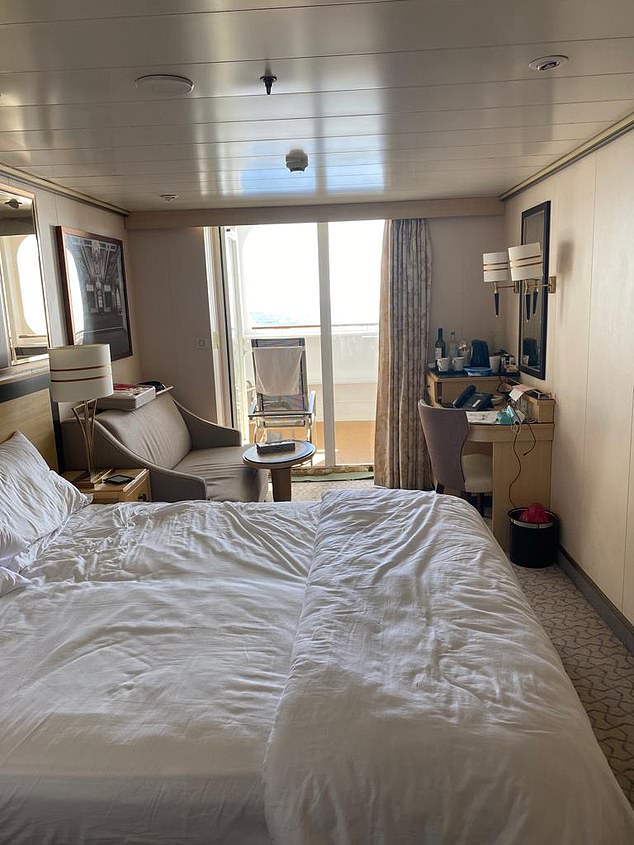 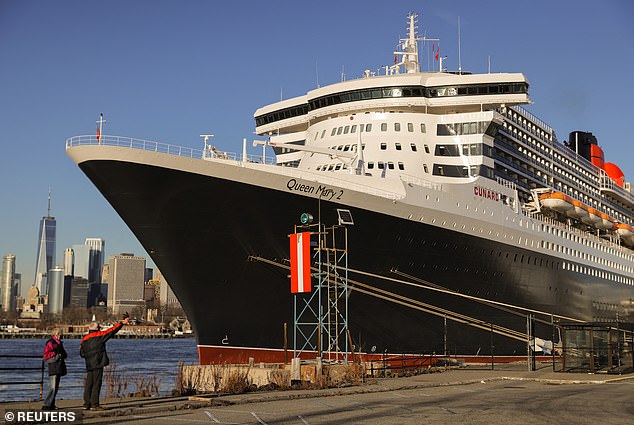 They were turned away from their next two scheduled stops, Tortola in the British Virgin Islands and Basseterre in St Kitts, because of the infections.

By the time they’d reached Barbados most passengers were told they couldn’t disembark and many were forced to spend days in their cabins without leaving. And the number of staff getting ill meant conditions deteriorated sharply.

Christine Martin, 66, from Angmering, West Sussex and her optometrist husband Richard, 70, both tested positive in late December despite being triple jabbed and having taken all precautions.

The couple, who had paid £9,860 for their trip, have had few if any symptoms but have been left frustrated at being shut up for days with nothing to do.

Mrs Martin told Mail Online: ‘We tested positive for Covid on Tuesday 28th December and have been in isolation since. It’s been pretty miserable. We do have a balcony for fresh air but nowhere at all to exercise.

‘It’s hard to know exactly how many people have tested positive as they haven’t told us but friends who are still allowed to use the dining rooms tell us they are ghostly.

‘The captain regularly speaks on the tannoy to passengers but never makes any reference to us – the positive passengers – not even a Happy New Year. We feel like lepers.’ 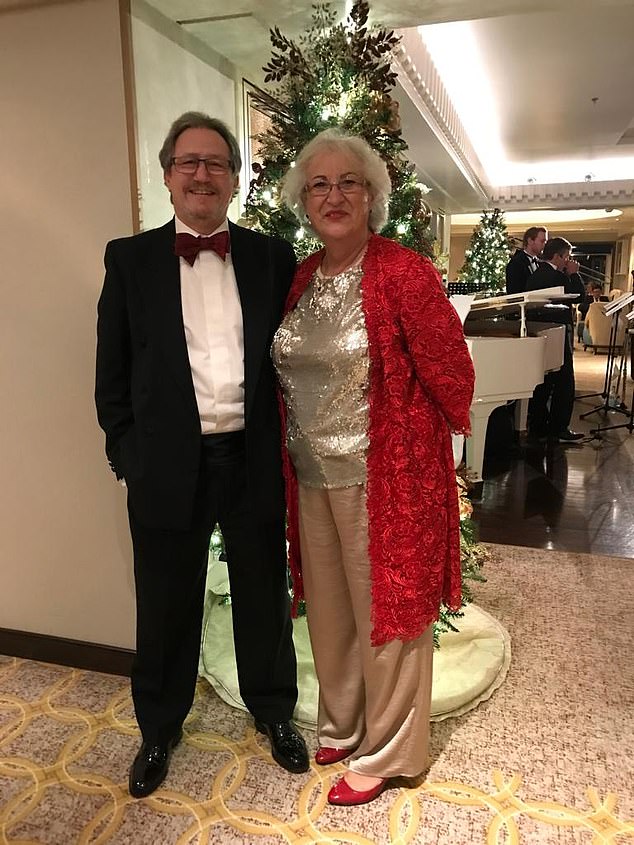 She went on: ‘Our food is served on paper plates stone cold . We do get clean linen but only on request. We have had one phone call from a doctor on 29th December other than that we phone to ask about testing etc. No one has otherwise asked about our general well-being.’

But the couple’s main problem is the misery of their conditions and they haven’t been too badly affected by the Covid itself: ‘The vaccinations are doing their intended job and we and the people we have had contact with have said we just feel like a summer cold indeed some people haven’t had any symptoms at all.’

Mrs Martin continued: ‘It all started when we arrived in New York from Southampton and people started testing positive. We all had a routine test and those with Covid weren’t allowed to disembark.

‘We were in New York for three days then sailed onto the Caribbean with new American passengers on board . Our first stop was supposed to be Tortola but we weren’t allowed to dock there and this was the same at all ports until Barbados.’ 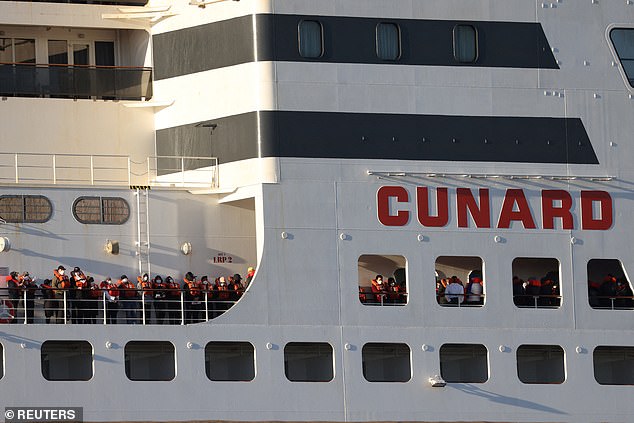 The boat docked in Bridgetown in Barbados for three days meaning it also missed its next three scheduled stops, at Roseau in Dominica, Philipsburg in the Dutch Antilles and a second stay in New York. Instead it will head straight back to Southampton with passengers who had intended to disembark in New York instead flying there from Barbados. Others who could afford to and had had enough flew back to the UK instead of sailing.

It’s believed so many staff were ill and isolating on board that new workers had to go on board to keep the boat functioning. It is now on its way back to Southampton with many passengers still isolating in cabins.

‘Only those passengers who had booked an organised trip could go ashore. By then Covid was becoming more of a problem to the degree that Captain decided we could not go onto our last port of call or back to New York.

‘The passengers who were to disembark in New York were flown back from Barbados and of those disembarking at Southampton who wanted to fly back rather stay on the ship….of those as many as possible were flown back to Uk.’ 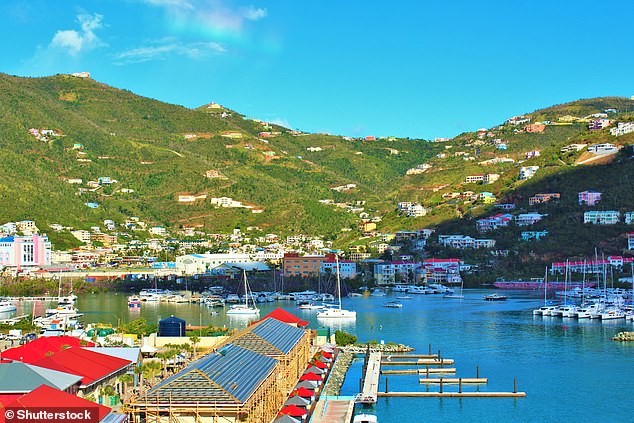 She added: ‘A lot of the problem has been the complete lack of information from the Bridge as to the extent of Covid on board, and in fact anything else. Of course it goes without saying that covid needs to be taken seriously but the lack of information given is intolerable.’

A spokesperson for the cruise liner said they were unable to give numbers for how many had been affected by positive tests.

They said: ‘Cunard has a comprehensive, approved and audited set of enhanced protocols in place to protect the health and wellbeing of guests, crew and the communities we visit and best manage against Covid-19. This framework includes a requirement for all guests, as well as all crew (as a condition of employment) to be fully vaccinated, as well as testing before boarding our ships and testing on board as required by certain ports of call.

‘Should any guest test positive for Covid-19 whilst on board, they and their close contacts will move to dedicated isolation cabins for their and other guests’ well-being. This will be for either the duration of the required isolation, or to the next port of call, or to the scheduled port of disembarkation.’