Hospital security guard could face manslaughter charge after inquest ruled patient, 41, was unlawfully killed when he suffered heart attack while being restrained in NHS ward

A hospital security guard could face a manslaughter charge after an inquest ruled a patient was unlawfully killed when he suffered a heart attack while being restrained in an NHS ward.

Michael Thorley, 41, died after ‘unreasonable’ force was used to pin him to the floor while he was suffering a bout of severe delirium at Wythenshawe Hospital in Manchester.

The guard, who has not been named, continued to restrain him even after he had stopped moving, the inquest heard.

Mr Thorley was being treated at for an infection in Christmas 2017, but later died following efforts to revive him on an acute medical unit.

Despite the suspicious nature of how he sustained the injuries at 3am, health chiefs failed to alert the police until 8am – a delay of five hours that broke the hospital’s own procedures.

Mr Thorley’s family were also not informed until later and, when they arrived at hospital, found detectives already searching for evidence at his bedside. 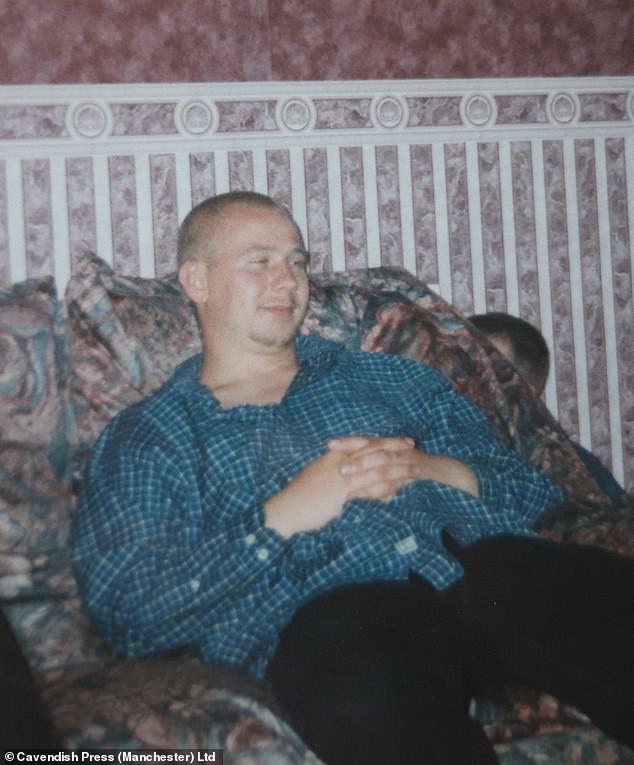 Michael Thorley, pictured, died after suffering a heart attack while being restrained on the floor of Wythenshawe Hospital in Manchester 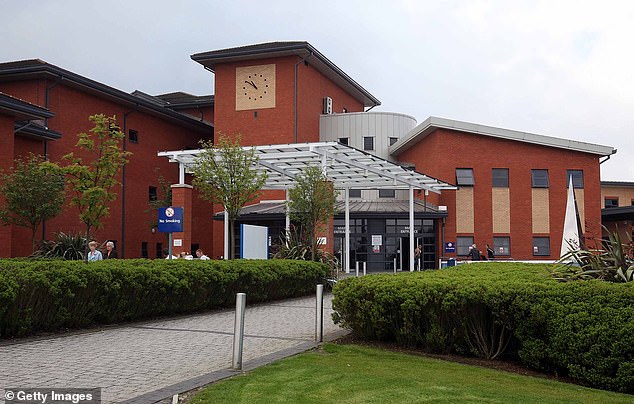 A general view of Wythenshawe Hospital in Manchester, where Mr Thorley died after suffering a heart attack

A jury at Manchester City Coroner’s Court concluded that it was ‘not necessary’ for the security guard to restrain Mr Thorley.

Manchester University NHS Foundation Trust was also criticised due to a failure by nursing staff to monitor his condition during restraint.

The jury said the force used by the security guard was ‘unreasonable, disproportionate and/or excessive’, that the trust failed to make appropriate security arrangements and staff made errors in Mr Thorley’s clinical management.

The court heard that Mr Thorley, a warehouseman, was a ‘gentle, caring person’ and an avid Manchester United fan.

He spent time caring for his mother, Lorraine, during her first diagnosis of breast cancer, but was admitted to Wythenshawe after attending A&E on December 19, 2017, with suspected pneumonia.

The court heard Mr Thorley was complaining of shortness of breath and initial investigations indicated he may be suffering from an infection. He was subsequently referred to a bed in the Acute Medical Unit.

Mr Thorley was also treated for a significantly increased heart rate and was given the sedative chlordiazepoxide.

Initial indications appeared his condition was improving, but during the afternoon of December 21 he began to display behaviour consistent with delirium, the jury heard.

Shortly after 11pm, he rang 999 and reported to police that he did not feel safe in the hospital.

A nurse intervened and told the call hander all was well, but Mr Thorley told staff he did not know why he was there or what was happening, saying he wanted to go home.

At around 1.23am, Mr Thorley pulled the emergency cord while using the toilet. 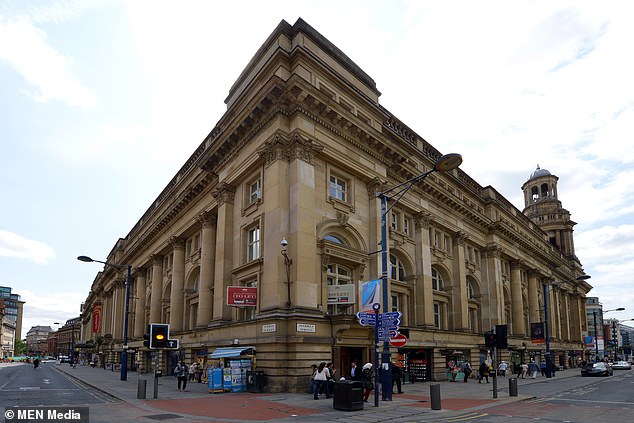 The Royal Exchange building, currently home to Manchester Coroner’s Court, where a jury found that Mr Thorley was unlawfully killed

Staff attended and found he was having a seizure. Following this, he became very agitated and a decision was made to call for the assistance of security.

The pair were later replaced by a single security guard who was deployed to carry out bed watch.

While the security guard did so, Mr Thorley began to stand at the window and shouted ‘help’ towards a passer-by on the glass.

The guard then restrained Mr Thorley to move him away from the window, despite a nurse telling him to leave the patient alone for fear that the physical altercation would make matters worse.

Mr Thorley was freed, but continued to stare out the window and bang on the glass.

The guard again used force to try and get him to sit down, but an altercation ensued and Mr Thorley was restrained onto the floor.

The security guard noticed that the patient was becoming exhausted, but continued to pin him down.

A nurse intervened after noticing that Mr Thorley was no longer moving and found that he was not breathing.

He suffered a cardio-respiratory arrest and was pronounced dead following lengthy resuscitation attempts.

The court heard that the hospital trust broke its own suspicious death investigation procedures by waiting five hours before staff referred the incident to the police.

The family were not informed until the following morning. 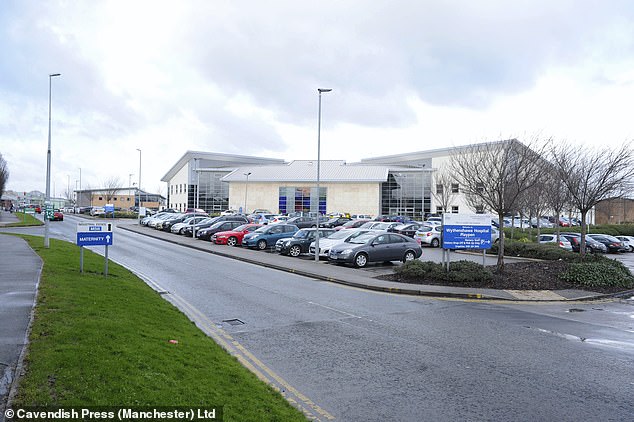 Inquiries revealed that guards on bed watch require a licence similar to a bounced at a nightclub would need, a Level 2 Door Supervisor Security Industry Authority (SIA) License.

However, the Trust specified no further training for guards to fulfil the role in a hospital setting. They also had no policy on dealing with the use of physical intervention or restraint.

Mr Thorley’s mother died in August last year following a long and hard fight for justice over her son’s death.

In a statement, the family said: ‘December 22, 2017 is a day etched in our memories forever.

‘It has been a long four years fighting for justice and for Michael’s voice to be heard, driven by our Dad. The only comfort we have is that Michael is now with our late mum.

‘We hope more than anything that things will change with restraint being undertaken by security guards on vulnerable patients in care settings.

‘Comprehensive training should and must be undertaken. The family would like to thank our legal team for all their help in getting the right conclusion of unlawful killing.

‘Michael is missed always and will never be forgotten. He was taken from us too soon.’

A spokesman for Manchester University NHS Foundation Trust, which manages Wythenshawe Hospital, said: ‘We wish to offer our deepest sympathies and condolences to the family of Michael Thorley.

‘This incident occurred four years ago and in the time since, we have taken considerable steps in response to this incident, and we will be considering the Coroner’s ruling carefully.’