Sir Paul McCartney has revealed one of his grandsons was mugged at knifepoint in London and said it is ‘scary’ how much knife crime there is at the moment.

The former Beatle, 77, did not identify which grandson had their phone stolen in the attack but advised not to react if a knife is pulled on you.

The grandfather of eight aged between seven and 20 said the episode reminded him of when he was attacked while growing up in Liverpool. 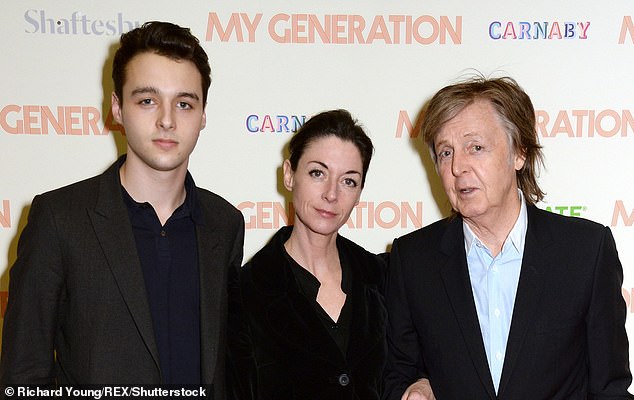 ‘He was saying the worst thing was that he should have just thumped the guy; he came back and felt a coward.

It comes amid a crime wave in London which has seen 92 murders this year as politicians and police struggle to deal with knife crime in what has been labelled ‘Wild West’ Britain.

The legendary singer-songwriter then recalled an incident from his youth when four men crowded around him and stole his watch. The singer, pictured with Mary (left) and Stella (right), each mothers to four of his grandchildren, said he found the current level of knife crime ‘scary’

McCartney, who has four grandchildren by daughter Mary and another four by daughter Stella, preached kindness and love and said each generation faces its own dangers.

Fashion designer Stella, 47, shared an adorable photo on Instagram of her and Mary squeezing inside a T-shirt together for her sister’s 50th birthday on Wednesday.

She said: ‘Celebrating this soulmate’s birth 50 years ago today. Mary, I love you more than you will ever know, more than I can even put into words. You’re with me every single day… A true stellar sister! x Stella.’ 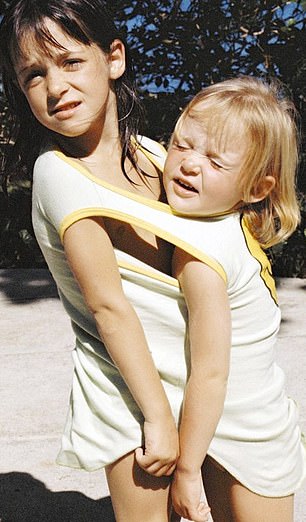