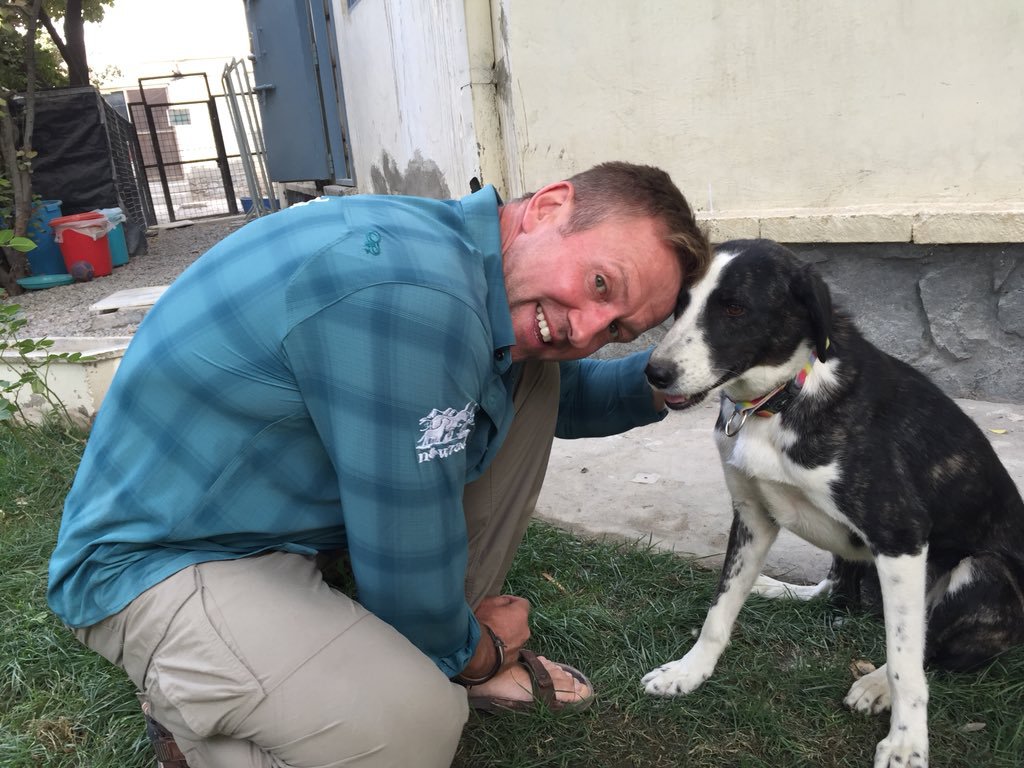 An animal charity boss stuck in Afghanistan with 200 cats and dogs and his staff says his mission to help them all escape the country has failed.

Ex-Royal Marine Pen Farthing, who runs the Nowzad animal shelter in Kabul, has been desperately attempting to get out of the country for several days.

But after the US changed its rules on who to allow inside the airfield, and the UK announced it is set to end its evacuation efforts within hours, it is feared time is running out for him to be able to get home – even alone.

Pen isn’t currently at the airport, but told The Sun this morning: ‘I am going to try again.’

He was forced to turn away from an evacuation flight yesterday when a gunman started firing at his car in the aftermath of the deadly explosions.

He was outside the airport in a car when the terror attack happened, which killed at least 72 people including 12 US troops.

He told the BBC last night: ‘We got inside that airfield and just before that horrendous attack… we were told that Joe Biden had changed the policy on who is allowed into the airfield.

‘And so my staff, even though they had been given approval by the British Government, the Taliban would not accept their paperwork because they had been told they could only allow people in with a physical passport with a visa in it.

‘The Taliban obviously control the outer part of the airfield, so there is nothing I can do.

‘My mission to get them out of Afghanistan has just ended because Joe Biden stopped it.

‘I can’t overrule the President of the United States, he has said what paperwork that they need to obviously be able to get into the airfield.’

He said his staff have told him to leave over fears for his safety under Taliban rule once Western forces have left.

‘They asked me if I can get as many of the dogs and cats out with me so yeah,’ he said.

‘I can’t take them with me because I can’t get them now past those Taliban checkpoints because of the regulation that has come down.’

Describing his group’s route to the airport, he said: ‘We had gone through hell to get there, we have had Taliban cock their weapons and point them at our faces, one of them had what we used to call in the marines an ND – a negligent discharge where they basically accidentally pull the trigger.

‘It was a miracle that he was an absolutely rubbish aim, otherwise one of us wouldn’t be here now.’

Defence secretary Ben Wallace denied on Twitter, before news of the terror attack emerged, that he had blocked a flight which was going to rescue the animals.

Senior officials in Kabul say the death toll from the terror attack could be as high as 90 Afghans, alongside the 12 US troops killed and 143 more people thought to be injured.

Jihadist splinter group ISIS-K is believed to be behind the blasts.