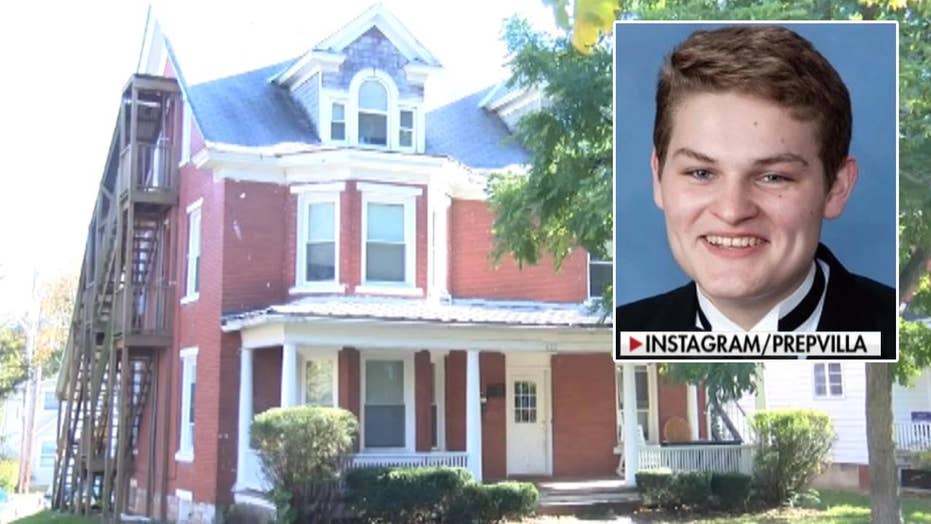 Penn State University has suspended a campus fraternity after a 17-year-old dies at a house party.

A fraternity at Penn State has been suspended after a 17-year-old high school student visiting the school's main campus was found dead at an off-campus house over the weekend, according to officials.

The State College Police Department said in a news release they were contacted around 9:27 p.m. Saturday to go to a home on West College Avenue for a "medical emergency" involving a 17-year-old who had "become unconscious and was experiencing shallow breathing." Police said that upon arrival, they found the teenager in full cardiac arrest.

"Resuscitation efforts were unsuccessful, and the victim was pronounced dead at the scene," police said.

The teenager, identified as John "Jack" Schoenig, had "no signs of trauma," according to police, who added that "several witnesses were present when the victim became unconscious." An autopsy is scheduled to be conducted by the Centre County Coroner’s Office.

Penn State officials said Tuesday the 17-year-old was at an off-campus house allegedly occupied by Chi Phi members, but the house was not the fraternity's official residence.

"Penn State offers deepest sympathies to the family and friends of this young man," the school said in a statement. "State College Police and the University’s Office of Student Conduct are investigating. However, Penn State has issued an interim suspension of the Alpha Delta Chapter of Chi Phi fraternity, a member of the Interfraternity Council, until more information is known." 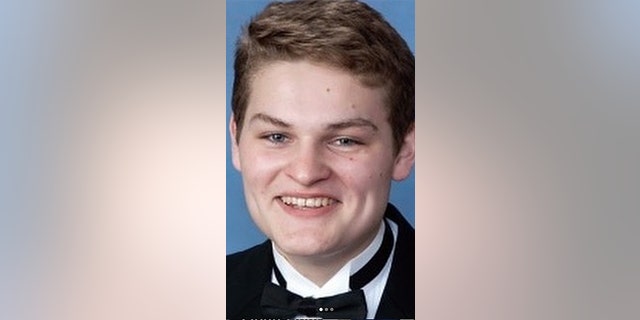 The fraternity's interim suspension means the group loses all privileges as a recognized student organization pending the outcome of the investigations.

"The organization may not participate, attend or organize any functions, activities or events, or participate in University-wide events as an organization," the school said.

Schoenig was a senior at Cathedral Preparatory School in Erie and a member of the school's hockey team. In a statement posted to Facebook, the school asked for people to please "pray for the Prep-Villa community.

"We ask that you please keep Jack’s family & friends in your prayers during this difficult time," the school said.

His hockey coach said Schoenig made a huge impact on and off the ice.

"Whatever he would do, he had the ability with one single play to be able to change the game because the players reacted to him, he had a personality that was very lively, very energetic, he was very emotional and passionate, the other guys fed off of him," Cathedral Prep Varsity Hockey Coach Alex Luddy told Erie News Now.

Penn State Vice President for Student Affairs Damon Sims told the Centre Daily Times the university does not know yet if hazing, drugs or alcohol are involved, and that the decision to issue the fraternity's interim suspension was made by the student conduct office in order to provide time for a “thorough and careful” investigation.

The teen's death comes less than three years after the 2017 hazing death of Penn State student Timothy Piazza. The 19-year-old died from injuries sustained after a night of hazing and drinking at the Beta Theta Pi fraternity. University officials permanently banned the organization from campus that same year, and 28 members of the organization faced charges.

After the recent death over the weekend, Penn State said it is providing support to students at Penn State who may be affected.

Anyone with information about the death is asked to contact the State College Police Department at 814-234-7150.