Paprika was used by people-smugglers to confuse sniffer dogs at Border security so they could bring Iraqi stowaways into the UK.

Akan Brayan and Dylan Shwani recruited drivers to bring 31 illegal migrants including children as young as one and a pregnant woman into the UK.

The two ‘evil’ men kept the Iraqi stowaways in ‘tiny, air-tight space’ as they transported them in a van alongside stacks of tyres, second-hand furniture and household goods.

Covering up the mostly male migrants was boxes of goods while paprika was found on the floor of one of the vans to confuse sniffer dogs from detecting the migrants’ scents.

The people smugglers, both 37, were found guilty of assisting unlawful immigration into the UK by a non-UK national. 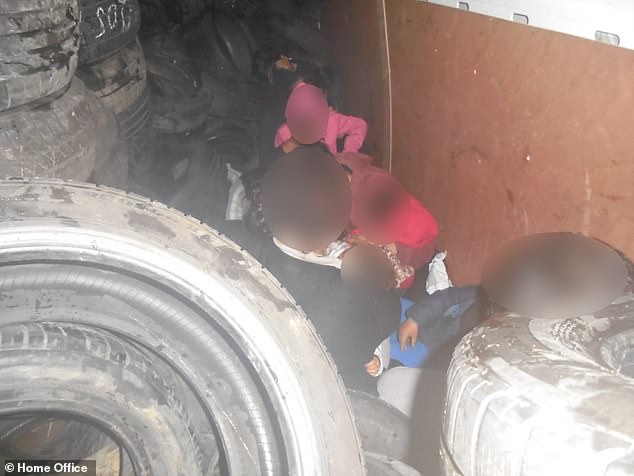 Photos show in one of the vans a woman cradling a small child, with other children sat around her in the tightly enclosed space 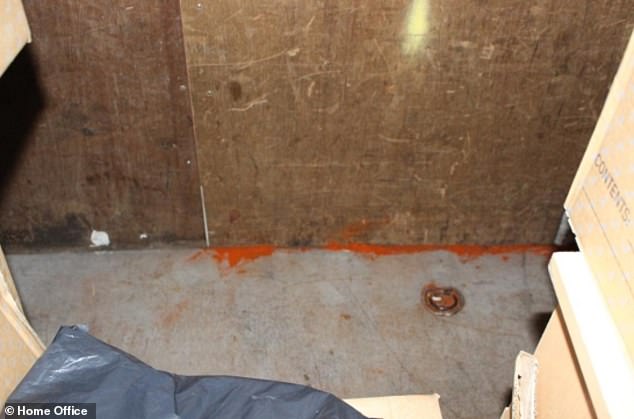 Between 2016 and 2018, Brayan of Nottingham and Shwani of Lincoln,, paid six drivers from the Nottinghamshire and Lincolnshire areas to bring 31 Iraqi migrants, including seven children, on six separate occasions, into the country.

They were then sentenced at Nottingham Crown Court following a five-year investigation by the Home Office’s Criminal and Financial Investigations (CFI) unit.

Their vans were intercepted by Border Force and French law enforcement officers in Coquelles, France and Dover.

Photos show in one of the vans a woman cradling a small child, with other children sat around her in the tightly enclosed space.

Minister for Justice and Tackling Illegal Migration, Tom Pursglove MP said: ‘These brazen attempts to smuggle illegal migrants, including very young children, into the UK in tiny, air-tight spaces with room to barely move, is despicable.

‘Our expertly trained officers continue to work round the clock to prevent this illegal activity, which puts lives in extreme danger. 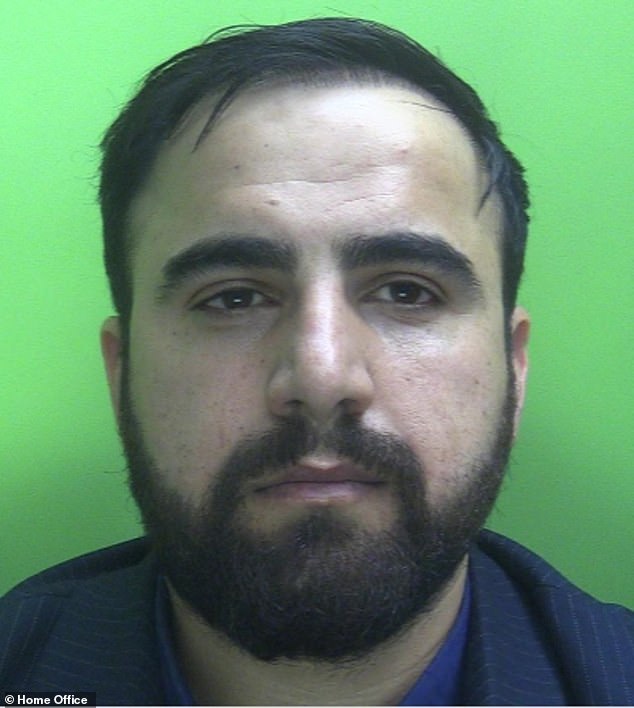 Akan Brayan, 37, of Nottingham, was convicted of assisting unlawful immigration into the UK by a non-UK national (contrary to Section 25 (1) of the Immigration Act) 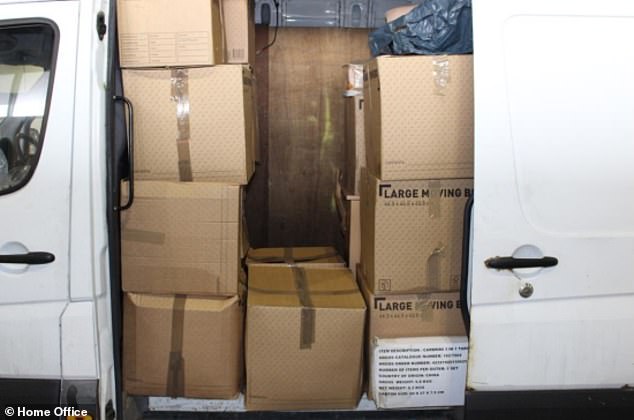 Goods are also shown in this van

‘My team work tirelessly to bring to justice anyone attempting to smuggle people unlawfully into the country.

‘These two evil men endangered the lives of people, including children, to line their pockets without a care in the world for their safety. I hope these sentencings sends a powerful message that breaking the law and putting individuals’ lives at risk will not go unpunished.’

Five van drivers have already been convicted for their roles in the smuggling operation.