Petrol prices soared to a new record price of 144.9p a litre today, while diesel costs hit an all-time high of 148.84p, according to government figures.

The surge in prices, revealed by the Department for Business, Energy and Industrial Strategy today, mean that it now costs petrol drivers 34p extra to fill up an average 55-litre family car than it did last week – from £79.03 to £79.69. 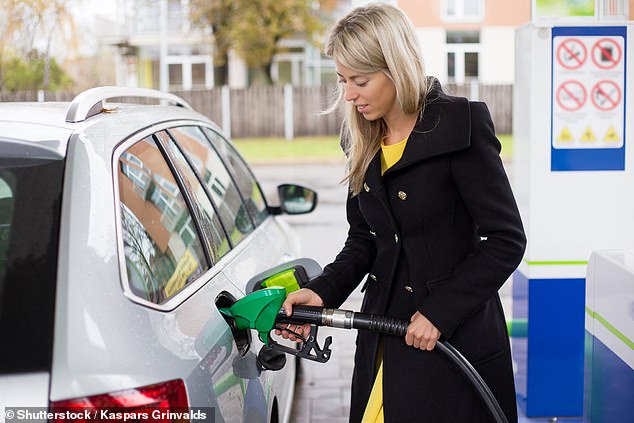 It comes as Britons are hit by soaring cost of living.

Supermarket price inflation has reached its highest level for more than a year, according to latest data compiled by Kantar.

Meanwhile,  results from Associated British Foods – which makes brands such as Ryvita and Twinings as well as owning fashion brand Primark – flagged up higher prices caused by higher energy, logistics and commodity costs.

Unilever, whose brands include Hellman’s mayonnaise and Marmite, has also recently warned of price hikes due to cost inflation.

At the same time, energy bills have been rising after a recent increase in the industry price cap.

The financial squeeze that Britons are facing this winter is thanks to inflation driven by labour shortages, rising energy costs and gaps in global supply chains as the coronavirus pandemic subsides.

Exclusive research for the Daily Mail by the Centre for Economics and Business Research (CEBR) reveals how inflation will cost the typical family of four an extra £1,800 by the end of this year, while a retired couple can expect to see living costs rise by more than £1,100, and a lower income couple could be stung by nearly £900.

Today’s dramatic fuel hike has been driven primarily by the oil price doubling from around £30 a barrel a year ago to around £63 now.

There are fears the cost of oil could soar even more by the end of the year. 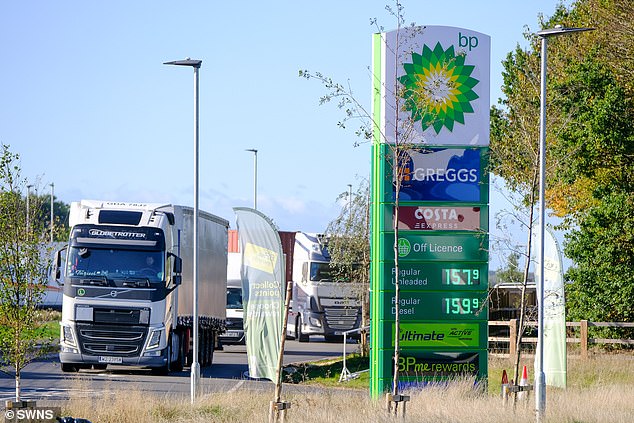 A BP petrol station at Rugby services just off the M6 at Junction 1. It is one of the most expensive in the UK

Last month, the RAC said the big four supermarkets were also to blame for the rises.

Sainsbury’s, however, offered the lowest price diesel at 144.37p, just slightly less than Asda which charged 144.57p at the end of October.

RAC fuel spokesman Simon Williams said: ‘October 2021 set records for all the wrong reasons and was a horrible month for drivers with both petrol and diesel prices hitting new heights.’