Pippa Middleton has made a rare public appearance to join her sister Kate and Meghan Markle in the Royal Box at Wimbledon today.

The trio looked joyful in each other’s company as they cheered on the women’s singles finalists Simona Halep and Serena Williams.

The event is the first time in seven years that Duchess Kate and Pippa have appeared in public together, the previous time being Wimbledon’s 2012 tournament. 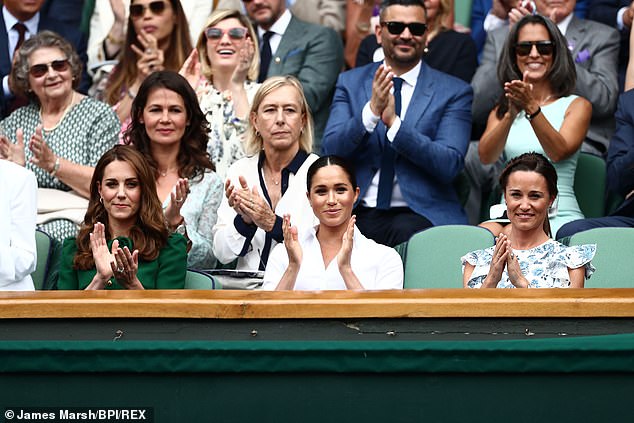 Royally good friends! Kate and Meghan were joined in the Royal Box by Pippa Middleton, to watch the Women’s Ladies Singles Final at Wimbledon 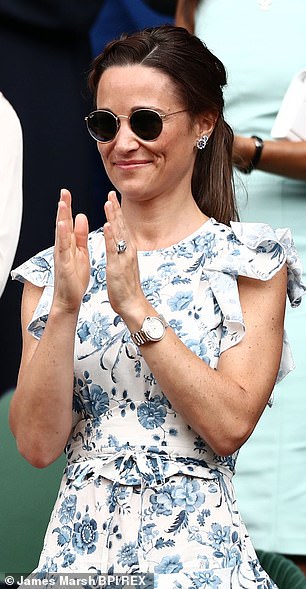 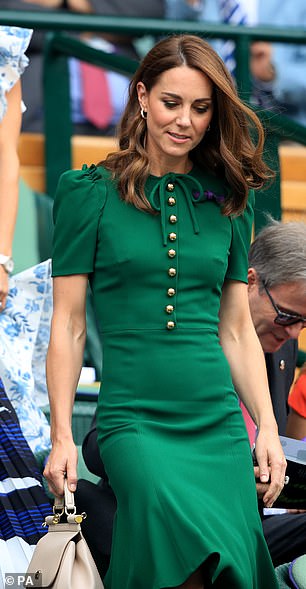 Fabulous in floral! Pippa Middleton looked chic in a blue and white patterned dress for her outing to the Ladies Singles Final, where she applauded from the Royal Box. Green goddess! Kate rewore a bespoke Dolce & Gabbana dress, that she first debuted during her royal visit to Canada in 2016

It is also the first public outing of all three ladies side-by-side.

Pippa arrived alongside her sister Kate, who is a patron of the All England Lawn Tennis and Croquet Club and spent the first part of the day carrying out royal duties.

Meghan was seen smiling and laughing as she arrived and sat between the two sisters.

Kate, 37, wore a dark green Dolce & Gabbana dress to the sporting event, which she had previously worn during a royal tour in Canada with husband Prince William in 2016. 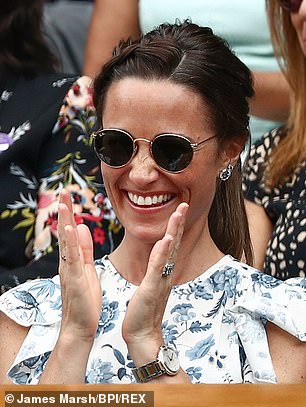 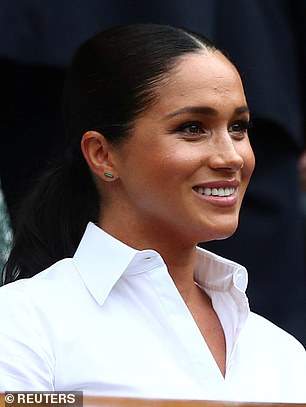 Keen tennis fan Pippa Middleton, who is a good friend of finalist Roger Federer, looked to be having the time of her life as she watched the action on Centre Court

Meanwhile Meghan, also 37, wore a crisp white button down shirt which she paired with a pleated white skirt with a blue design from Hugo Boss.

The cheerful appearance comes despite rumours of a royal rift between the Cambridges and Sussexes, though it is not known if the rumoured tension is between Meghan and Kate. 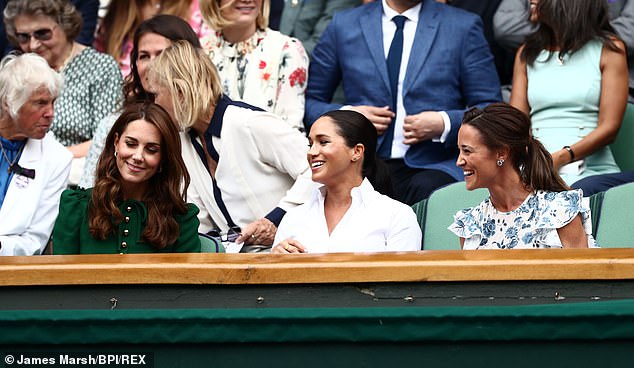 Ladies day out! Kate, Meghan and Pippa were all taking a break from parenting duties today to enjoy an afternoon of sporting action at Wimbledon