Authorities in Texas are searching desperately for a missing 3-year-old girl they believe to be in danger.

Lina’s mom was watching her play at a playground until she left for “a relatively short time” only to return and find the little girl missing, according to McManus.

A photo of 3 year old Lina Sadar Khil was posted by the San Antonio Police Department on their Facebook account. Her family reported her missing on Monday.

Lina’s family reported her disappearance at about 7:15 p.m. local time Monday. An Amber Alert is in effect. 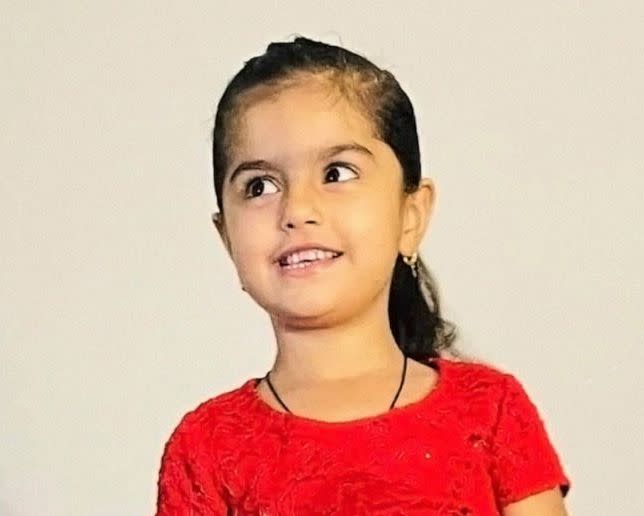 “We have been at this search since then,” said McManus, noting that police are using “every available asset,” and “a number of [FBI] agents” have been sent in to assist in the search.

McManus said Lina’s mother has been cooperative, and authorities have spoken with the Texas Depart of Public Safety.

The young girl’s parents’ “state is what you might expect of a parent whose child is missing and has been missing for some time,” said McManus, noting that, in addition to helicopter searches, police are “searching dumpsters, we’re searching everywhere that may be possible that we would find Lina.”

McManus mentioned “the suspicious nature of the disappearance” and said it is unclear whether there is any evidence Lina wandered off.

She might be in “grave, and immediate danger,” San Antonio Police told ABC News.

Anyone with information regarding her disappearance is asked to call 210-207-7660.