A POLICE officer was hit in the head by a heavy metal disc that knocked him to the ground during rioting in Minneapolis this week.

The attack played out amid widespread looting and vandalism Wednesday night sparked by false rumours of another cop shooting of a black man.

The video, which was broadcast on Facebook Live, shows the uniformed officer about to get into his marked car when a hefty metal disc, believed to be a trash can lid, flies through the air and cracks him in the head from behind.

The officer, who was wearing a helmet, can be heard groaning "oh" as he was knocked to the ground by the blow that hits close to his neck.

The crowd can then be heard cheering, as the injured officer radios for help.

The cop appears to have his gun drawn as he approaches the vehicle and as he lays writhing on the ground. 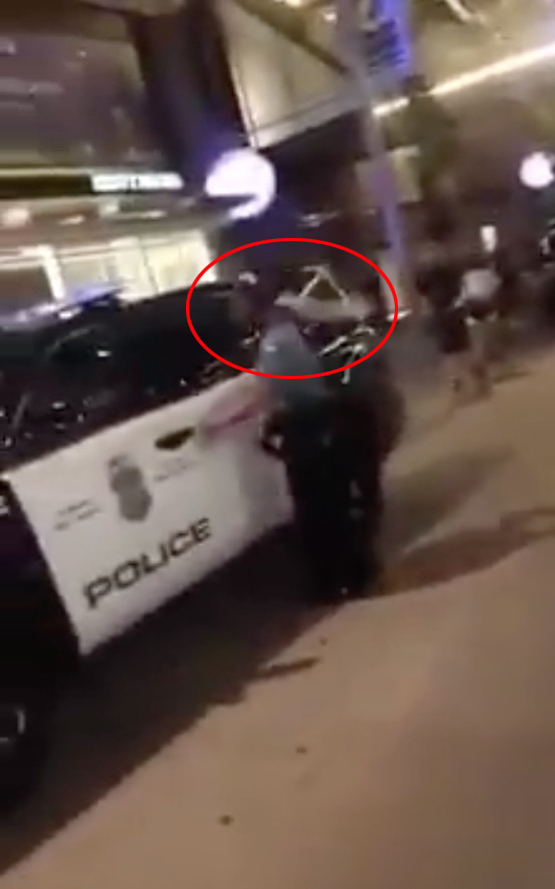 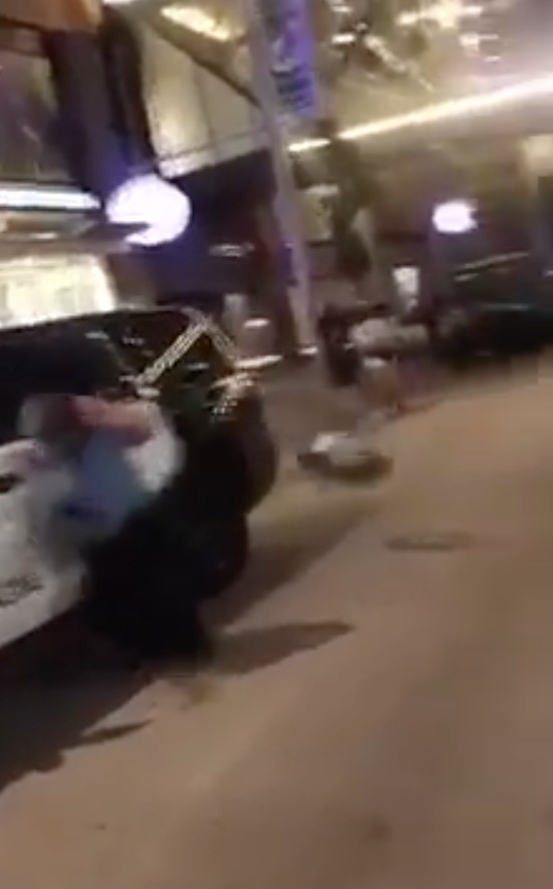 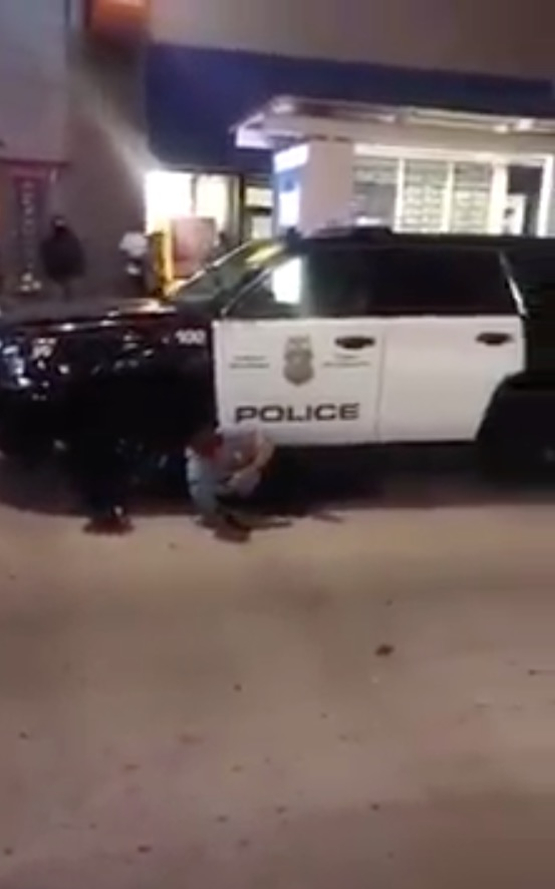 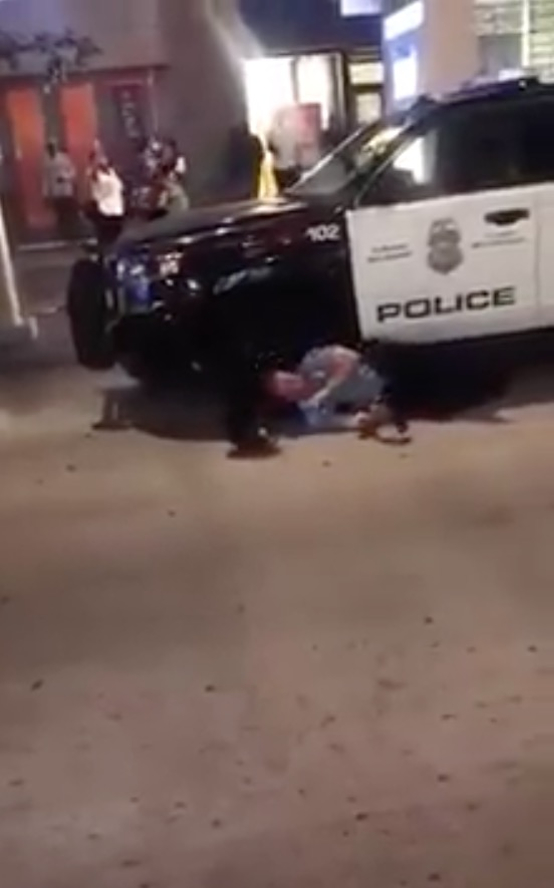 Police are on the scene within seconds and the person filming can be heard saying "not me, not me" repeatedly as people disperse.

The unrest was sparked by false rumors that a man wanted for a fatal shooting who killed himself at 6pm as police closed in had actually been shot by officers.

Protesters immediately marched downtown for what began as peaceful demonstrations that turned riotous.

One protester even used a megaphone to tell the crowd “the man killed himself,” according to The Star Tribune.

The suicide sparked riots on the Nicollet Mall downtown, with shops and businesses getting destroyed and looted.

The city of Minneapolis imposed a curfew and asked the National Guard to return to its streets after renewed rioting and looting Wednesday night.

At a late evening news conference, Mayor Jacob Frey and Police Chief Medaria Arradondo stressed that the man killed himself earlier in the day and that it was not an “officer-involved shooting.”

“This is a tragic incident for all involved,” said Frey.

“What the city needs now is healing, not more property destruction.”

Police quickly released video showing the suspect dying of a self-inflicted gunshot wound as officers closed in but had to delete the post the next day following backlash.

The Star Tribune reports that the video confirms the police account of what happened and shows the man glancing over his shoulder before pulling out the gun and firing, then collapsing to the ground as a half-dozen witnesses ran away with their hands in the air.

The officers, one of whom had his gun drawn, ordered a remaining wittness away and kicked the suspect’s gun away before trying to revive him with chest compressions.

Tenisons are still high in Minneapolis following the death of George Floyd on May 25.

There have been renewed protests in the city after Jacob Blake was shot in the back seven times by Kenosha, Wis., police. 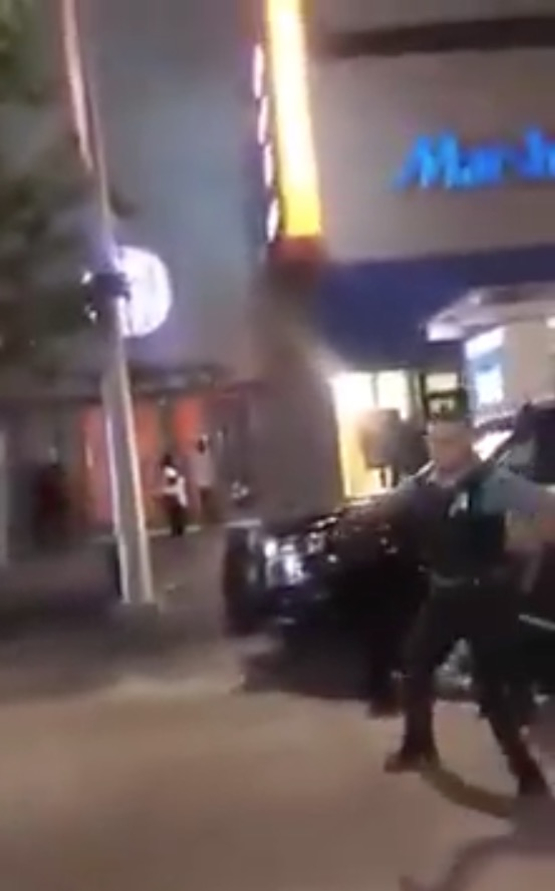 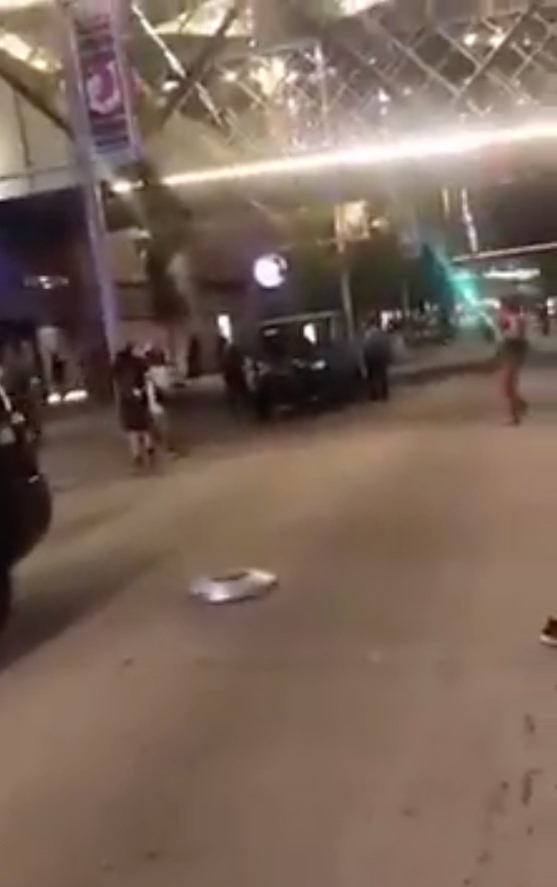 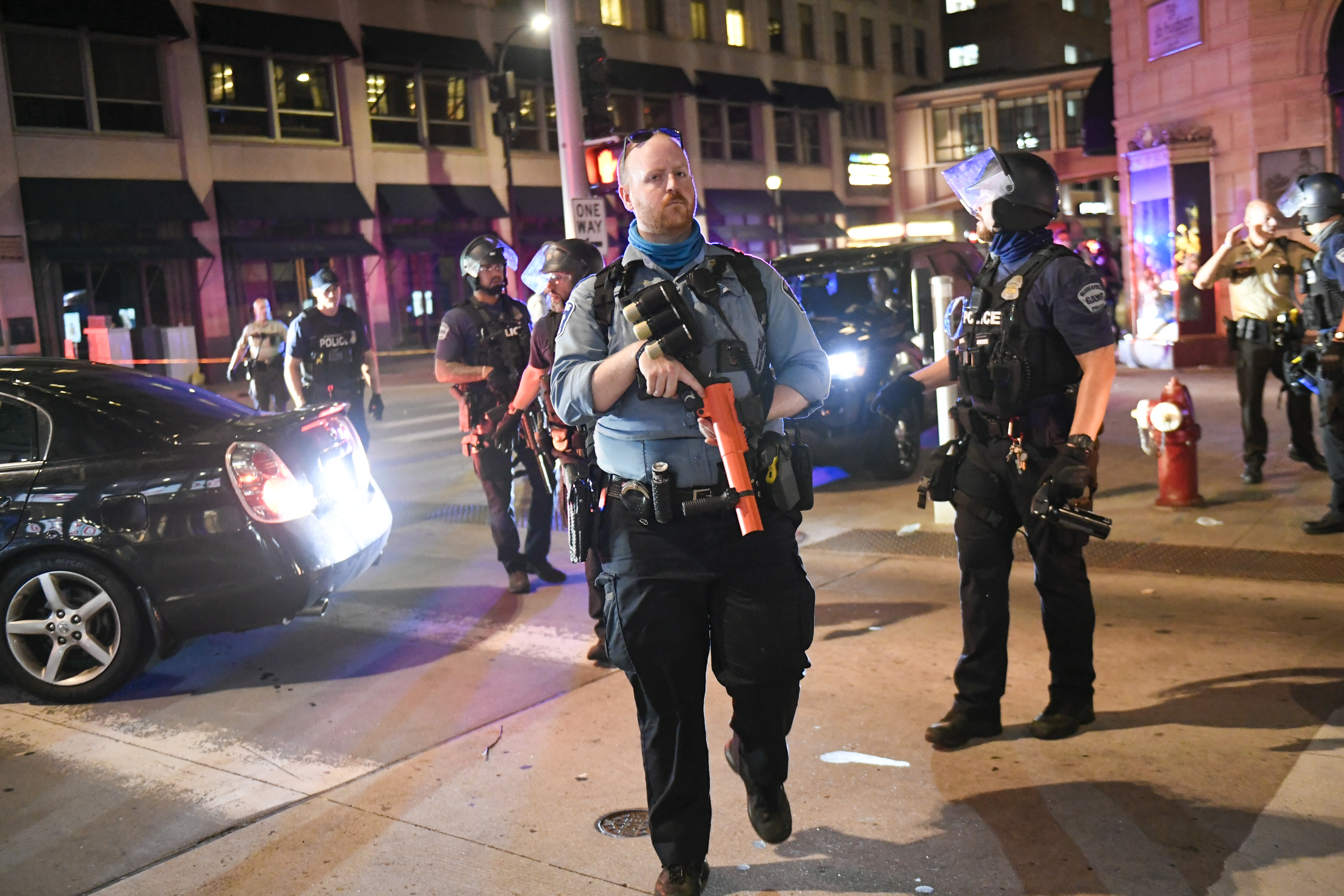 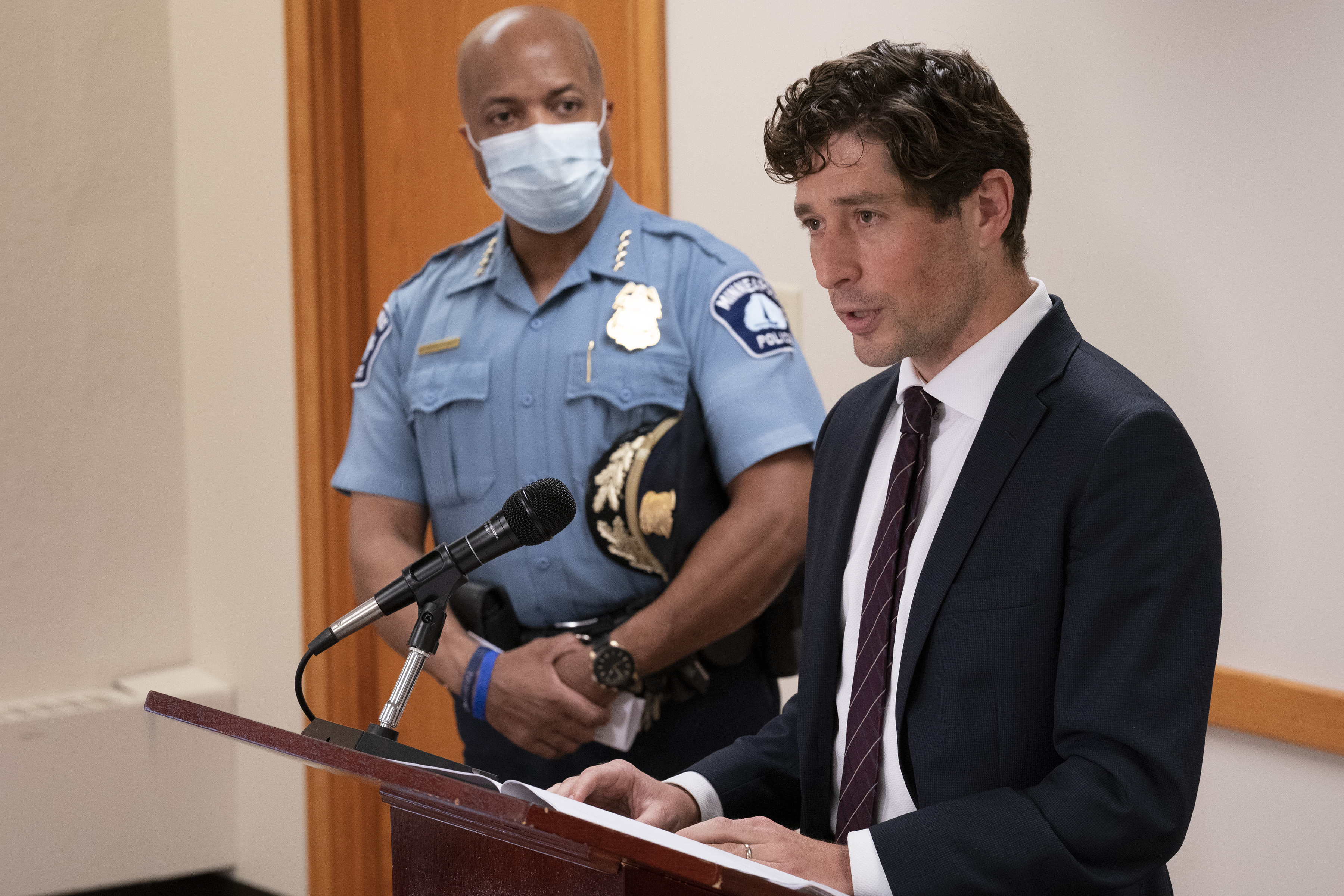