Woman, 55, shoved onto subway tracks in the Bronx

Police on Tuesday night released photos of a woman suspected of randomly shoving a Bronx commuter onto the subway tracks early Tuesday morning.

In the photos, the unidentified suspect is seen wearing distinctive yellow pants, white shoes and a dark top.

Police believe she shoved 54-year-old Rosa Galeas, who told The Post she was on her way to work when the woman pushed her onto the elevated tracks at the 174th Street station at about 7:50 a.m.

With the help of a good Samaritan, Galeas made it back up the platform before the next train pulled into the station.

Galeas suffered some cuts and bruises and was treated at St. Barnabas Hospital, before returning home later in the day.

“I always have that fear that someone can hurt me so I don’t walk near the train,” Galeas said. “I always walk away, but this person was a young woman and, I don’t know, she pushed me with such force. The second time, I fell.” 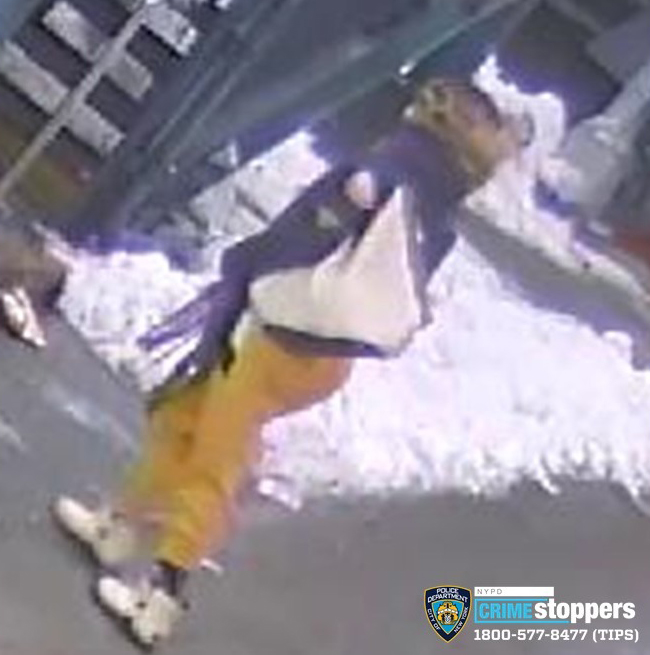 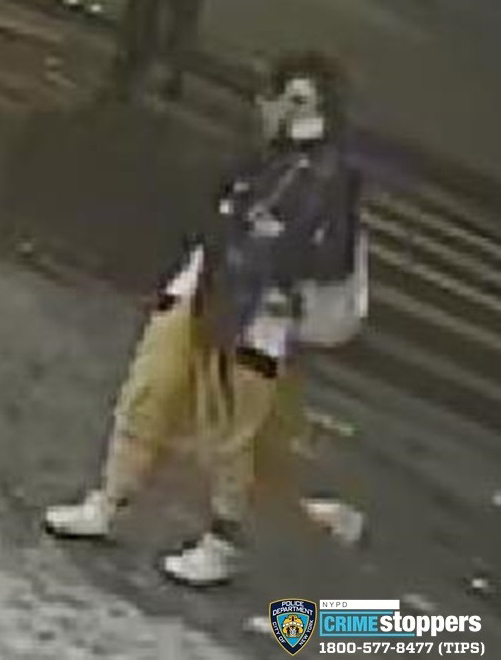 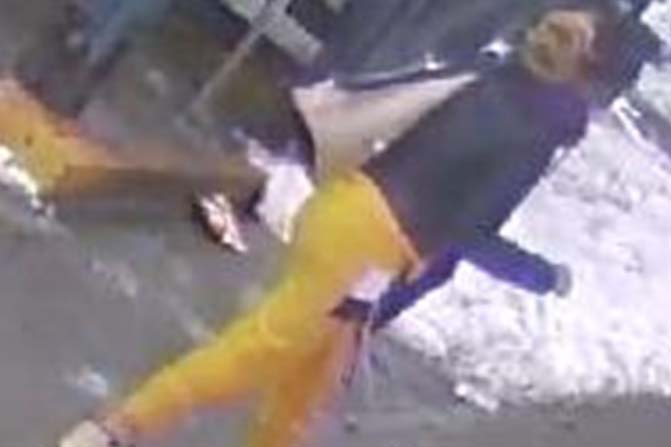