A parish councillor was visited at home by two police officers and told he faced arrest over a Facebook post he shared about trans rights.

Andrew Willgoss, 58, posted a photoshopped image of campaigners holding signs at an LGBT conference at Westminster in October with the wording on the placards altered.

In the original image, the two signs both had the message ‘trans rights are human rights’.

But in the photo Mr Willgoss shared to the Facebook group Surrey Heath Matters, the words had been changed to ‘trans rights are very, very boring’ and ‘TERFs were right about everything’. 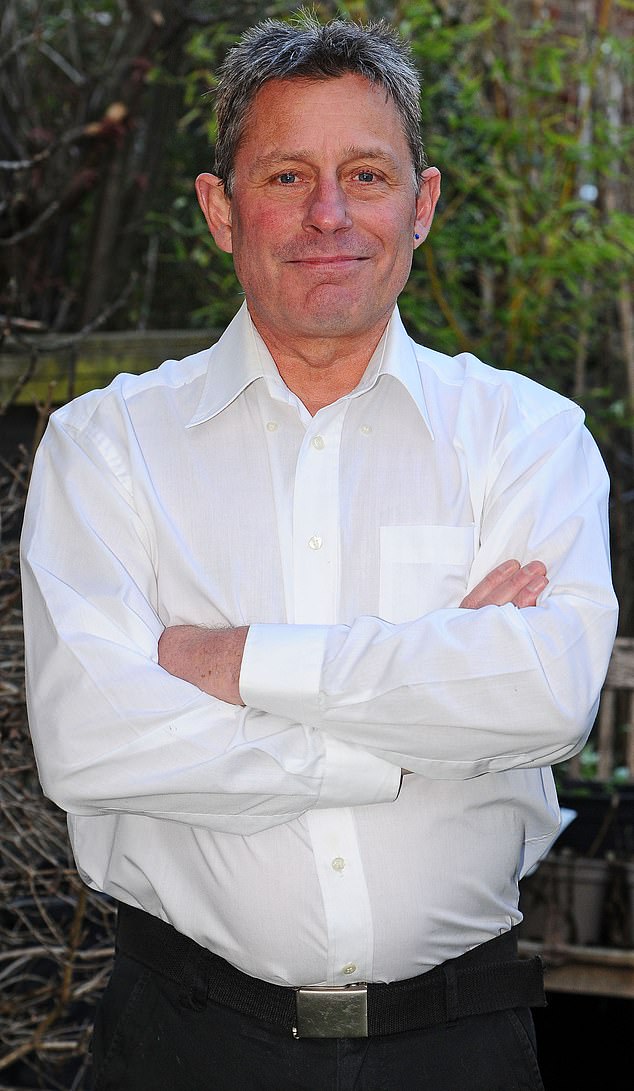 The acronym TERF refers to a ‘trans-exclusionary radical feminist’ – a term used by campaigners to criticise some feminist critics.

An enforcement officer for Surrey Heath Council is understood to have reported Mr Willgoss to the police, and officers knocked at the home he shares with his mother in Bagshot, Surrey, last Sunday.

Mr Willgoss, a parish councillor for Surrey Heath who also works in garden maintenance, said the officers told him he may have committed a public order offence and should attend an interview to explain his actions. He said he was told if he did not attend he may be arrested over the image.

He agreed to meet a more senior officer the following day but was then advised not to by former policeman Harry Miller – who won a legal challenge regarding alleged transphobic tweets he had made. 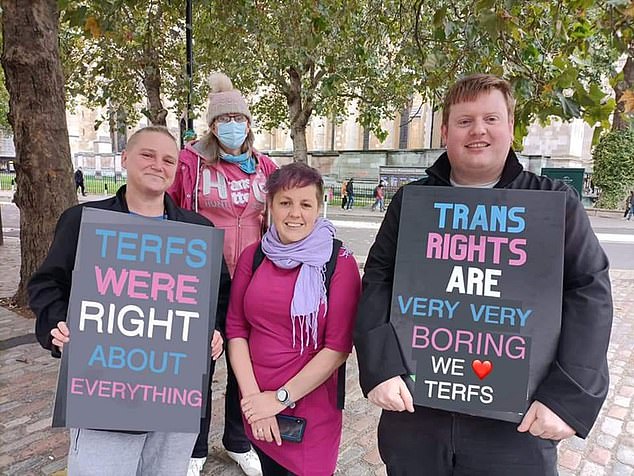 ‘It’s just thought policing – the police are supposed to be protecting us from harm, not bothering people at home over trivial things… They have no justification for harassing me at home and no jurisdiction over what I share on an online platform owned by a US corporation. Facebook don’t seem to think the post was against their guidelines, so what is the problem about expressing a view?

‘The officers said if I didn’t volunteer to come and discuss this with them they could potentially arrest me – how ridiculous.’ Under the Public Order Act 1986, a person is guilty of an offence if they use threatening, abusive or insulting words towards another person, or display any visible representation which is threatening, abusive or insulting. An individual guilty of such an offence could face up to six months in prison.

The council said: ‘We takes all complaints about the conduct of elected members seriously.’