Prince Andrew has failed to convince a judge to toss Virginia Giuffre’s suit accusing him of sexually abusing her when she was a teenager.

The British royal – the Queen’s second son – had claimed that he was shielded by a confidential 2009 settlement between Giuffre and Jeffrey Epstein. Andrew had argued that he was covered by a broad litigation release contained in that deal. 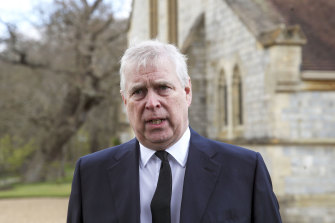 US District Judge Lewis Kaplan said Wednesday it was too early in the case to get into interpretations of the agreement.

“The parties have articulated at least two reasonable interpretations of the critical language,” Kaplan said in a 43-page opinion. “The agreement therefore is ambiguous. Accordingly, the determination of the meaning of the release language in the 2009 agreement must await further proceedings.”

Giuffre claims Andrew was one of several powerful men to whom Epstein “lent” her for sexual abuse as a teenager.

In her complaint, she described an alleged encounter in London during which Epstein, his then girlfriend Ghislaine Maxwell and Andrew forced an underage Giuffre to have sex.

Maxwell was in December convicted of luring teenage girls to be sexually abused by Epstein, a convicted sex offender.

Kaplan’s ruling means that Andrew will have to provide evidence demanded by Giuffre’s team if he continues to defend the case, a process that could take many months or even years.

Andrew has denied Giuffre’s accusations that he forced her to have sex more than two decades ago at Maxwell’s London home, and abused her at two other Epstein properties.

While the prince is not accused of criminal wrongdoing, his ties to Epstein have damaged his reputation and cost him his public role as a senior royal.

The prince stepped aside from representing the royal family publicly after a disastrous 2019 interview with the BBC in which he sought unsuccessfully to lay to rest suspicions tied to his friendship with Epstein and Maxwell.

The ruling is not a surprise, as Kaplan had expressed scepticism about Andrew’s arguments in a January 4 hearing. The judge had declined to delay the pretrial exchange of evidence, a sign he was thinking about allowing the suit to go forward.

Giuffre signed the $US500,000 settlement with Epstein in November 2009 after suing him earlier that year. The release covers Epstein, his lawyers, employees and “any other person or entity who could have been included as a potential defendant” in her suit.

In the hearing, Kaplan questioned how Epstein could have intended that the agreement, which was to remain secret, would be used by Andrew to protect himself.

The nine-page agreement, made public on January 3, includes a requirement that the settlement amount remain confidential. The parties also agreed that the deal “should not in any way be construed as an admission by Jeffrey Epstein” that he violated any federal or state laws.