Prince William took a break from playing uncle Wednesday to launch a new mental health initiative alongside the U.K.’s soccer governing body, in order to improve the national conversation around men’s well-being in conjunction with International Mental Health Awareness Week.

The Heads Up initiative sees William’s Heads Together charity partner up with the U.K.’s Football Association to “generate the biggest ever conversation around mental health.”

The prince started Heads Up three years ago with the Duchess of Cambridge and the Dukes and Duchess of Sussex. 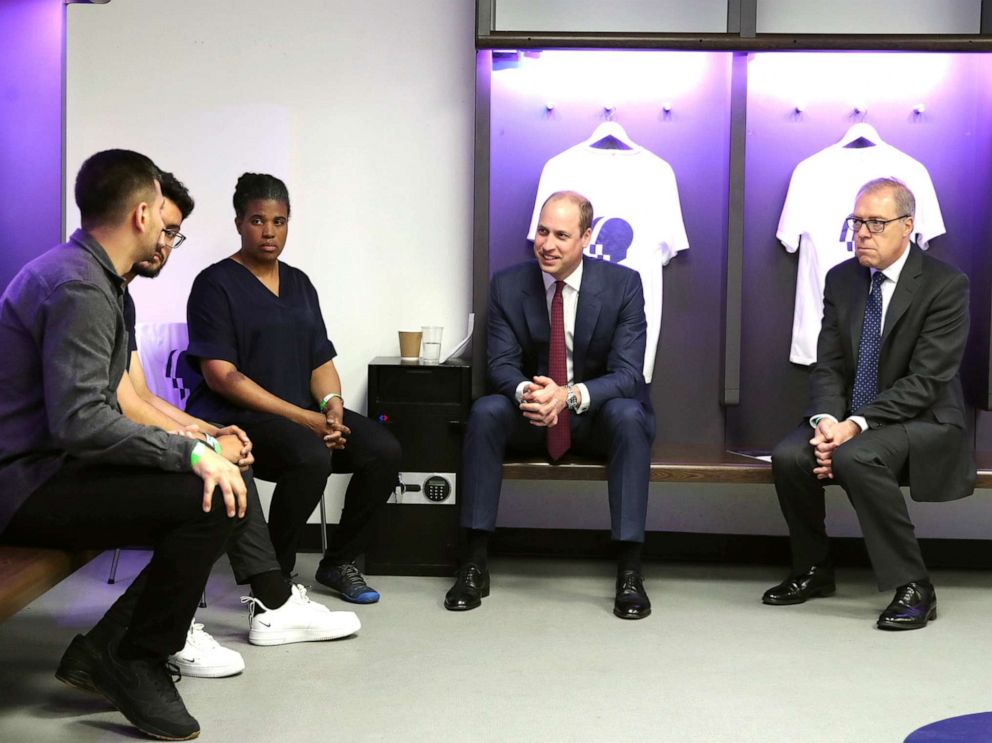 Addressing assembled journalists at London’s Wembley Stadium, William spoke passionately about the mental health crisis affecting the U.K. The fact that suicide is the biggest cause of death for men under the age of 45 is evidence of why things need to change, he said.

“When it comes to our mental health, we — and by we, I mean men in particular — often have nothing to say at all,” William told a packed newsroom. “And when we know we need help, we don’t even know where to start. Just like physical health, we all have mental health. The consequences of this silence, confusion, stigma, and even shame have reached a crisis point in the U.K.”

Tackling mental health was also necessary to help the next generation, he said, so that people can “play their full role as parents.”

The campaign will encourage soccer fans and players alike to talk openly about their mental health, sharing their strategies and experiences to help other people who are struggling. The aim of the Heads Up campaign is to remove the stigma around men talking about their feelings, and help “drive a national conversation,” William said. The charity will advertise extensively throughout the next soccer season in the U.K., which starts in August this year.

Meanwhile it’s back to business as usual for the royals, just a day after the Duke and Duchess of Cambridge visited the newest addition to the family, baby Archie, at Frogmore Cottage in Windsor.

“They stopped by Frogmore Cottage after Harry returned from a day of engagements in Oxford,” Murphy said. “It’s understood just the two of them went — so George, Charlotte and Louis haven’t met their cousin yet, but that will of course happen at some point. William and Kate previously said they were looking forward to seeing him so I’m sure that it was lovely for them all.”