The Queen has been holding secret talks with the Duke of York and senior members of the Royal Family about how they can help Prince Andrew rebuild his life ‘away from the public gaze’.

The Duke will tomorrow attend the annual Order of the Garter ceremony and a senior Palace source confirmed meetings are underway behind the scenes to find a new role for him away from the spotlight.

The Queen’s second son was stripped of his military titles and HRH status in January as he prepared to face sexual abuse allegations, which he has always vehemently denied, in a civil lawsuit. 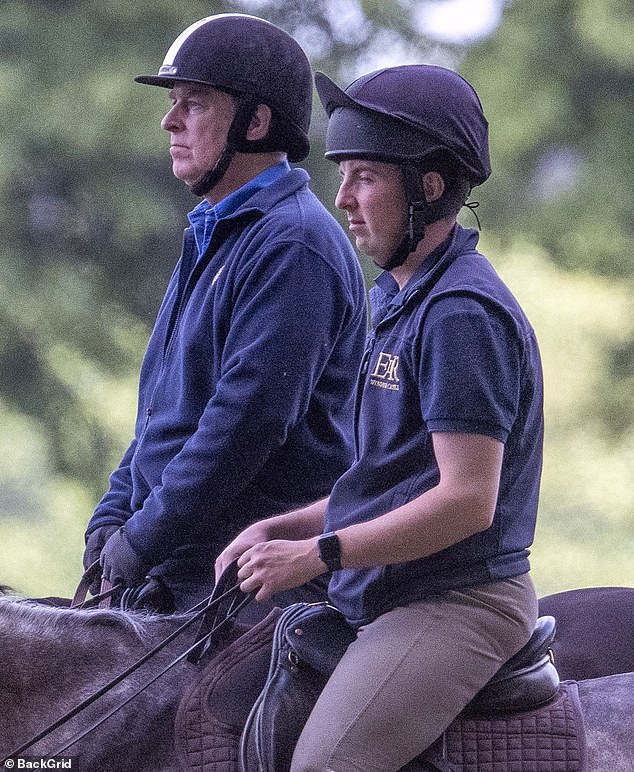 Prince Andrew, the Duke of York was stripped of his military titles and HRH status in January as he faced sexual abuse allegations Pictured: The Queen’s second son enjoying a horse ride in the sunshine in Windsor yesterday

He agreed to pay a sum reportedly up to £12 million to settle the case.

With the legal battle now over, the Queen has held family meetings at Windsor Castle to establish what role the Duke could fulfil that would be acceptable to the public.

‘Clearly at some point soon, thought will have to be given as to how to support the Duke as, away from the public gaze, he seeks slowly to rebuild his life in a different direction,’ said the senior Palace source.

While it is understood that Andrew – seen out horse-riding at Windsor yesterday – is determined to keep his Royal Lodge estate, one option could be for him to rebuild his life in Scotland.

The Palace source added: ‘There is, of course, a real awareness and sensitivity to public feelings. There is also recognition that the task of starting to support him as he begins to rebuild his life will be the first step on a long road and one that should not be played out every day in the glare of the public spotlight.’

The Duke – who was absent from the Queen’s Platinum Jubilee celebrations last weekend after contracting Covid – remains a member of the historic Order of the Garter and will attend its annual ceremony at Windsor. 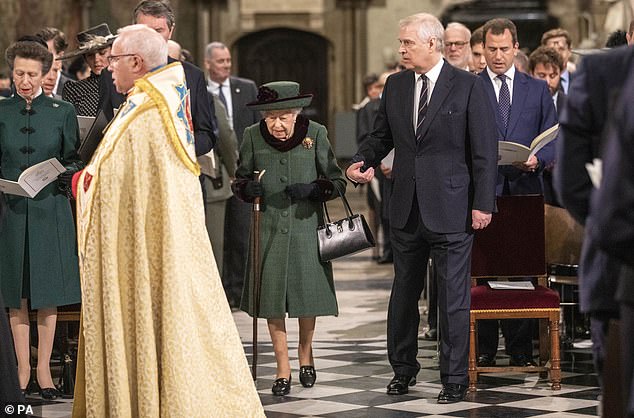 Pictured: Queen Elizabeth II and the Duke of York arrive at a Service of Thanksgiving for the life of the Duke of Edinburgh

The Mail on Sunday understands that concerns remain within the Palace that any return to public life would be badly received and that the Queen will not reverse her decision to ban Andrew from official duties.

At the time, a statement said: ‘With The Queen’s approval and agreement, The Duke of York’s military affiliations and Royal patronages have been returned to The Queen.’

News of the discussions on Andrew’s future comes as he was branded an ‘absolute fool’ for becoming embroiled in a fresh row over money.

French socialite Isabelle de Rouvre – who at one time was owed millions of pounds by Andrew after selling her ski chalet in the Swiss resort of Verbier to him – made the comment amid new claims that he is involved in a £1.6 million debt battle connected to the property.