Rail and beer industry workers are planning mass walkouts in the lead-up to and during the Bonfire Night weekend, putting revellers plans up in the air.

Network Rail employees, who are all members of the Rail and Maritime Union (RMT), will walk out on November 3, 5 and 7.

The striking workers are made up of signal and maintenance employees. Unlike with previous strikes, train drivers are not involved. Network Rail said it is yet to work out which rail routes will be affected.

In separate disputes, RMT members on London Overground and London Underground will also walk out on November 3.

Announcing the fresh wave of industrial action, the union accused Network Rail of attempting to impose ‘drastic changes’ in working practices on its staff and of writing directly to staff ‘undermining delicate talks’.

But Network Rail’s chief negotiator Tim Shoveller insisted that an 8 per cent pay deal had been offered said the RMT was ‘more intent on damaging strikes rather than giving members a vote on our offer.’

Guy Fawkes night itself is on the 5th, but thousands of Britons looking to travel to events around the country will likely have to make other plans to get to their destinations as train services are expected to be severely disrupted.

The misery for Britons is set to be compounded by walk-outs from 1,000 beer delivery drivers between October 31 and November 4. The workers are members of the Unite Union.

Affected firm GSX Logistics is responsible for 40 per cent of beer deliveries nationwide, meaning pubs and other venues could struggle to stay stocked up for both Bonfire Night and the World Cup, which starts on November 20.

A separate strike by GMB union workers at Budweiser Brewing Group’s factory in Preston, where Budweiser, Stella Artois, Becks, Boddingtons and Export Pale Ale are made, is taking place this week until Saturday – a move which will further impact pubs. 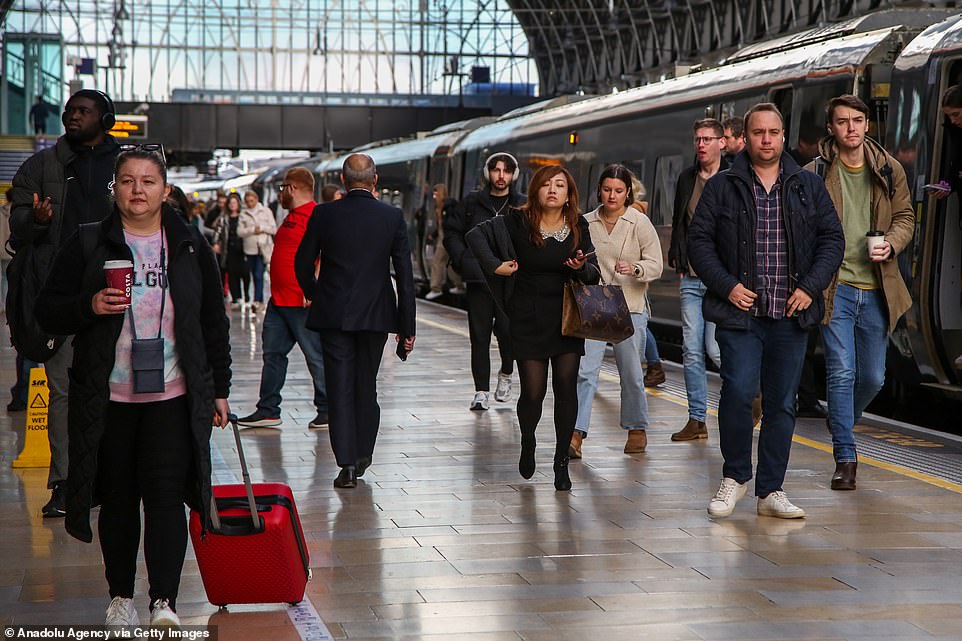 Rail and beer industry workers are planning mass walkouts in the lead-up to and during the Bonfire Night weekend, putting revellers plans up in the air 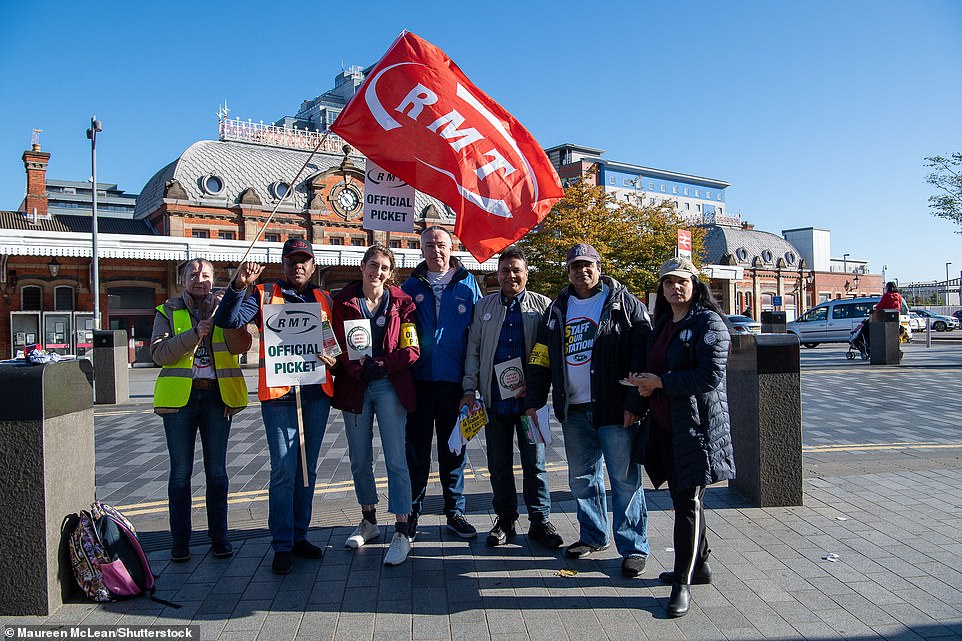 Network Rail employees, who are all members of the Rail and Maritime Union (RMT), will walk out on November 3, 5 and 7. Above: Striking workers outside Slough railway station earlier this month 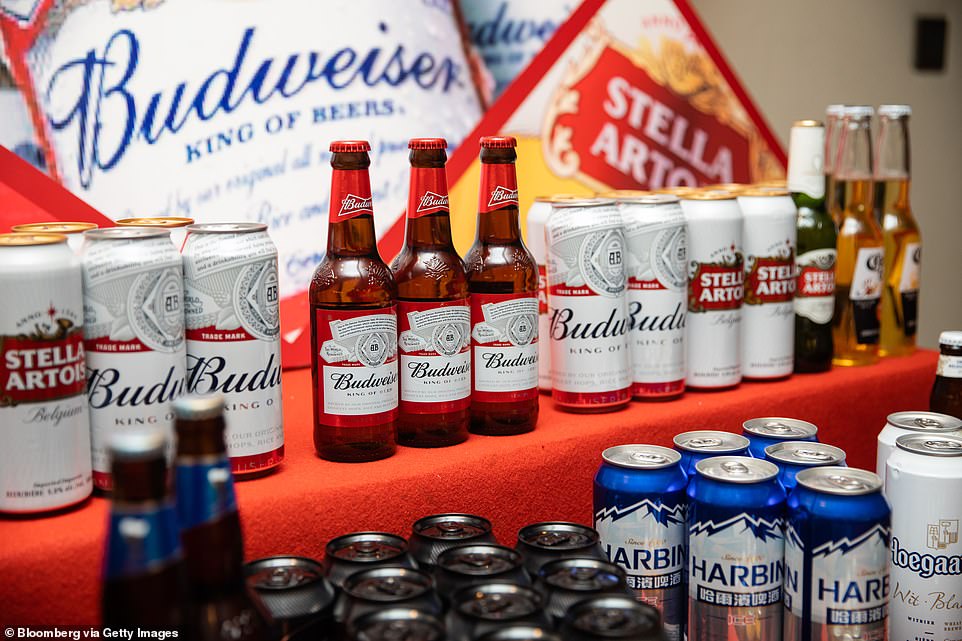 The misery for Britons is set to be compounded by walk-outs from 1,000 beer delivery 1,000 between October 31 and November 4. The workers are members of the Unite Union. A separate strike by GMB union workers at Budweiser Brewing Group’s factory in Preston, where Budweiser, Stella Artois, Becks, Boddingtons and Export Pale Ale are made, is taking place this week until Saturday

Bonfire night will go off without a bang in Manchester this year, after a council scrapped its annual firework display, blaming ‘escalating costs’.

Residents in the city had been hoping to enjoy their first public bonfire night display since 2019 – with previous shows having been cancelled due to Covid.

But council chiefs now say this year’s event, which was due to be held at the city’s Heaton Park, will not go ahead.

The authority has blamed a ‘combination of factors’ for the decision to cancel the event, with one being ‘increased pressure’ on the authority’s budget.

It comes after public displays were shelved in Hackney, in London, as well as in Dundee, Cardiff and Liverpool.

Manchester City Council says it is now looking at ‘reprioritising budgets’ to look at more community events through winter, focusing on ‘fun free activities for families and young people.’

But it means no free council-organised bonfire and fireworks displays will take place at council parks in Manchester this year.

Some residents took to social media to fume at the decision, with one person writing: ‘Council tax doesn’t really provide great value for money these days does it.’

‘On the one hand they were telling our negotiators that they were prepared to do a deal while planning to torpedo negotiations by imposing unacceptable changes to our members’ terms and conditions.

‘Our members are livid with these duplicitous tactics, and they will now respond in kind with sustained strike action.’

Reacting to the strike news, Transport Secretary Anne-Marie Trevelyan told MPs that the Government will introduce legislation on minimum service levels during industrial action so passengers can ‘continue to get about’.

Ms Trevelyan told the Transport Select Committee: ‘I will be disappointed if we continue to see that sort of industrial action.

‘Bringing in the MSL (minimum service levels) legislation will be a tool available if there is total inability to move forwards between the various parties, to ensure, as it says on the tin, minimum service levels, so that the passenger, the customer, can continue to get about.

‘It is not acceptable to stop children getting to education, people getting to work.

‘All of those areas, draining the economy of its potential because of the need for rail to move people around, is not acceptable.

‘So we need to find a compromise and balanced solution which everyone can live with so that we can get on with exactly the point on growing that revenue again.’

The aim of MSL laws is to ensure that transport services, including rail, London Underground and buses, cannot be completely shut down when workers go on strike.

The Government said it expects that legislation will come into force in 2023.

Unions have criticised the policy, with many believing it will be unworkable.

Tim Shoveller, Network Rail’s chief negotiator, said: ‘A two-year 8 per cent deal, with discounted travel and a new extended job guarantee to January 2025, is on the table ready to be put to our staff.

‘Unfortunately, the leadership of the RMT seem intent on more damaging strikes rather than giving their members a vote on our offer.

‘Me and my team remain available for serious talks and continue to negotiate in good faith.

‘Our sector has a £2 billion hole in its budget with many fewer passengers using our services.

‘That reality is not going to change anytime soon and a fair and affordable and improved deal is on the table, ready to be implemented if our people were only offered the opportunity.’ 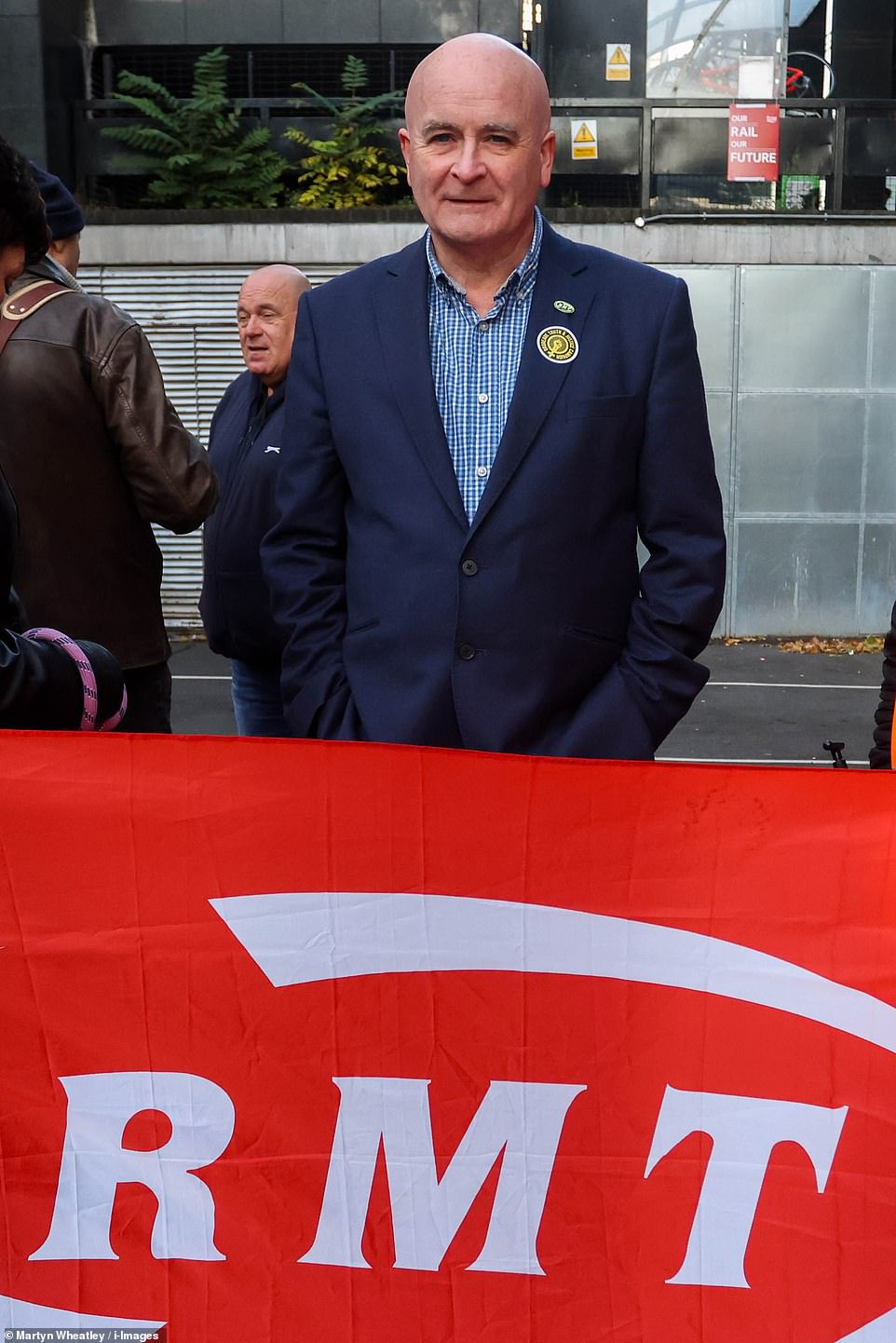 A Department for Transport spokesperson said: ‘This is incredibly disappointing. Through no fault of their own, millions of people will once again have their day-to-day lives disrupted and be unable to attend work, school or vital doctor’s appointments.

‘Our railway is in desperate need of modernisation but all more strikes will do is take it back to the dark ages and push passengers further away.

‘We urge union bosses to reconsider this divisive action and instead work with employers, not against them, to agree a new way forward.’

The disruption caused by beer delivery drivers is a result of the rejection of a pay offer made by GXO to employees, as well as a deduction in sick pay allowance.

Unite Union has said more strikes will follow if the dispute is not resolved.

Unite national officer for food, drink and agriculture, Joe Clarke, said: ‘GXO has left our members with no choice. This is a company making millions upon millions but asking its workers to take a pay cut during a cost of living crisis.

‘Any disruption to the UK’s beer supplies is entirely the result of GXO’s greed. It must return to the negotiating table with an offer our members can accept.’

Unite general secretary Sharon Graham said: ‘Once again, a company that is making hundreds of millions in profits is asking workers to take a pay cut. And GXO goes even further. They want to cut sick pay too. This is a shocking way to treat your workforce.

‘GXO can easily afford to pay fairly and Unite is determined to see that they do. Our members have the union’s absolute support in taking strike action for a fair pay rise.’

The GMB Union said 250 workers at Budweiser’s factory will be off until 7am on Saturday. The strike has been called after bosses only agreed to a £250 pay rise for 2023.

Stephen Boden, GMB Organiser, accused Budweiser of not having any ‘real desire’ to revolve the dispute.

‘The work force is losing confidence in the management team,’ he added.

‘Workers are now on strike until Saturday. This industrial action will impact all departments and shifts across the site and carries the risk of a Christmas beer drought. 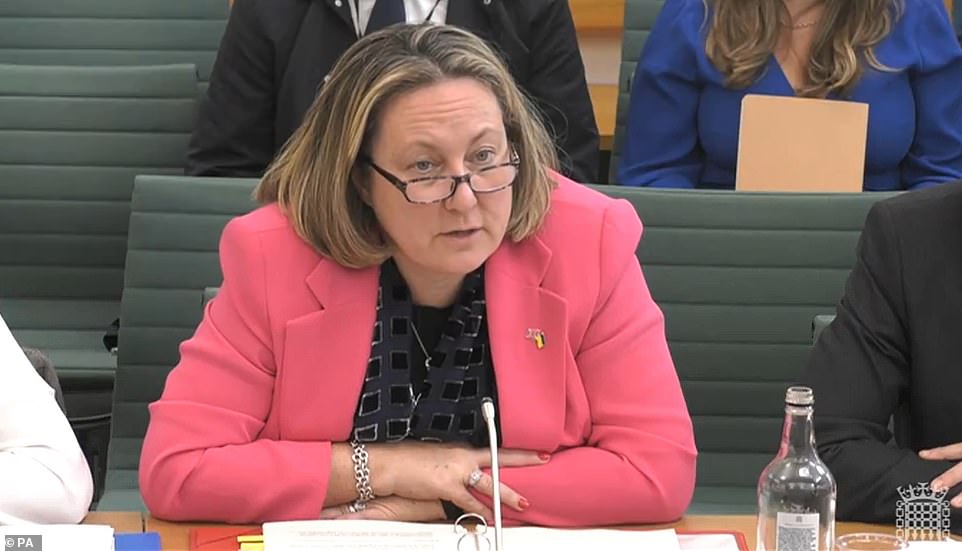 Reacting to the strike news, Transport Secretary Anne-Marie Trevelyan told MPs that the Government will introduce legislation on minimum service levels during industrial action so passengers can ‘continue to get about’

‘Budweiser continues to ignore workers and put profit before people with this derisory pay offer. Workers are rightly angry.

‘But it’s not too late for management to listen to workers and get back round the table with us to work out a fair deal.’

‘We are disappointed that the ACAS conciliation process has not been successful, and continue to work towards a solution.’

It comes after it emerged this week that two million workers are set to strike for better pay this winter as expenses surge amid the cost-of-living crisis and soaring inflation.

A motion calling for the Trades Union Congress (TUC) to co-ordinate industrial action between unions set to strike is expected to pass on Wednesday at the organisation’s annual meeting in Brighton.

Essential public sector workers – including teachers, nurses and junior doctors – are among those likely to take industrial action in the coming months.

The TUC has placed the blame for large-scale strikes on the Govermnent and Prime Minister Liz Truss, alleging they have introduced ‘new laws to make it harder for workers to protect their pay and conditions.’

The group claims the Government is ‘picking a fight with unions and working people’ when it should be ‘working with unions’ to deal with the cost-of-living crisis.

Last week, postal workers staged a fresh strike in a long-running dispute over pay and conditions.

The Communication Workers Union (CWU) described the action as the largest strike in a year that has seen industrial unrest across several industries, including rail.

Some 115,000 members across the UK took action, with picket lines mounted outside Royal Mail offices on what was the sixth strike day in recent months.

A series of 19 further walkouts are planned for the coming weeks.