Safety Eric Weddle is coming out of retirement to help his old team during the playoffs.

Weddle's agent announced on Wednesday that the Los Angeles Rams have signed the six-time Pro Bowler, who originally retired in Feb. 2020 after a 13-year career.

My brother forreal❕ let’s get it EDub 😈 pic.twitter.com/Y1CSwxRTbg

The Rams are desperately in need of a safety right now. Jordan Fuller, the Rams' defensive signal-caller, suffered a season-ending ankle injury during L.A.'s Week 18 game against the San Francisco 49ers. Safety Taylor Rapp is in concussion protocol and may not clear it in time for Monday night's wild-card matchup against the Arizona Cardinals.

Weddle, who was a Rams team captain and defensive signal-caller in 2019, had 29 interceptions, five defensive touchdowns, eight forced fumbles and 1,179 tackles over his career.

Is it weird for a 37-year-old who retired 23 months ago to suddenly un-retire and join a playoff team? Absolutely. But with Nick Scott available (despite his broken thumb), Weddle isn't likely to immediately step into a starting role. He'll add a veteran presence to an injured safety crew and provide much-needed depth if there are even more injuries. 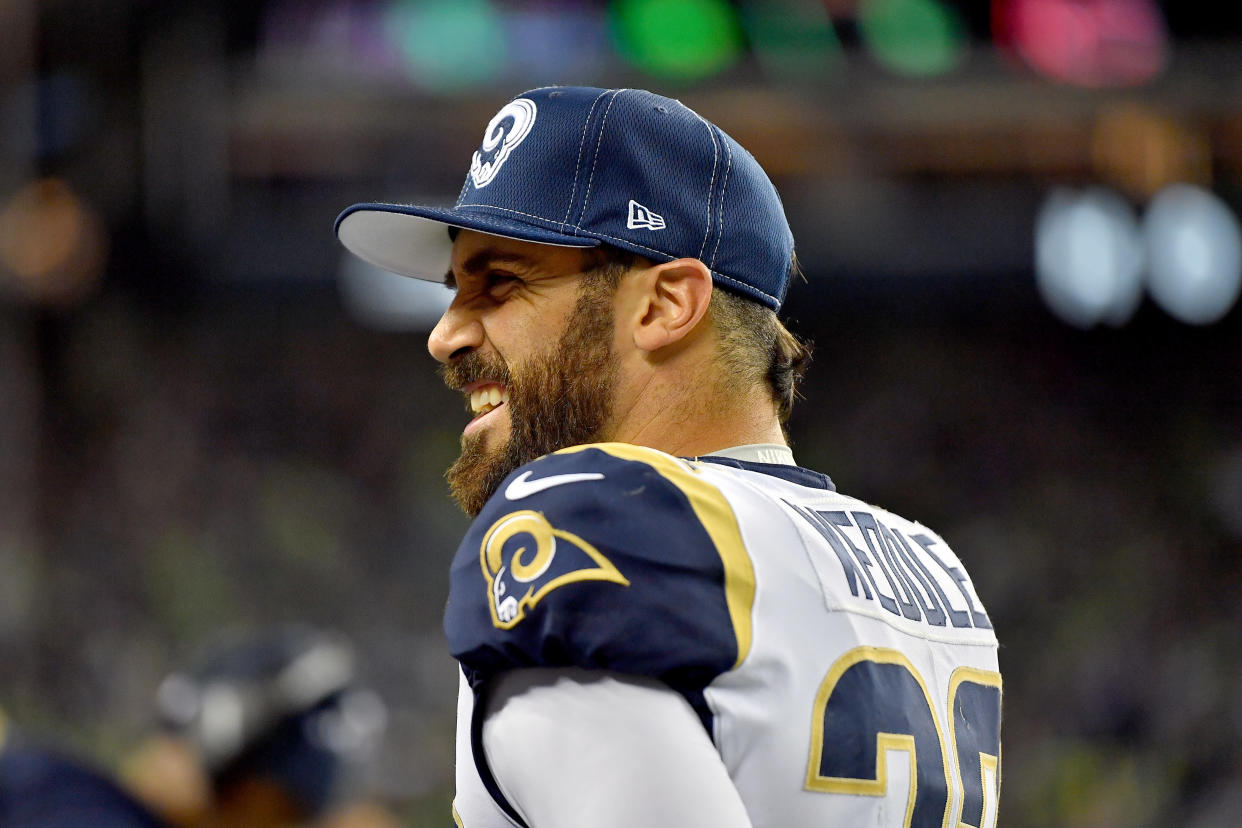