Rikki Neave’s abusive mother finally sees killer face justice: ‘Wholly unfit’ parent who used her son as a ‘punch bag’ and owned books on the occult begged police to find real culprit after she was cleared of his murder

Today’s guilty verdict for the killer of schoolboy Rikki Neave will come as a relief to his abusive, drug-peddling mother, who has complained of being ‘treated like a murderer’ ever since his tragic death.

Ruth Neave brutally mistreated her son in the miserable years leading up to the six-year-old’s slaying in 1994, but was cleared of murdering him after a jury trial two years later.

Today, 40-year-old James Watson, who was 13 when Rikki disappeared, was convicted at the Old Bailey of his murder – seven years after new evidence was found in a ‘cold case review’.

Watson was arrested after sophisticated technology that was not available in the original investigation found a ‘definitive match’ between his DNA profile and samples taken from Rikki’s clothing.

A constant theme in his trial was Ruth Neave’s appalling maltreatment of her son, along with the shocking circumstances of abuse and neglect that he grew up in.

Neave, who is now believed to be living with her new husband, Gary Rodgers, in a flat in Cambridgeshire, complained in 2019 of ‘living under a cloud’ since her son’s death, as she begged police to ‘find the real killer’. 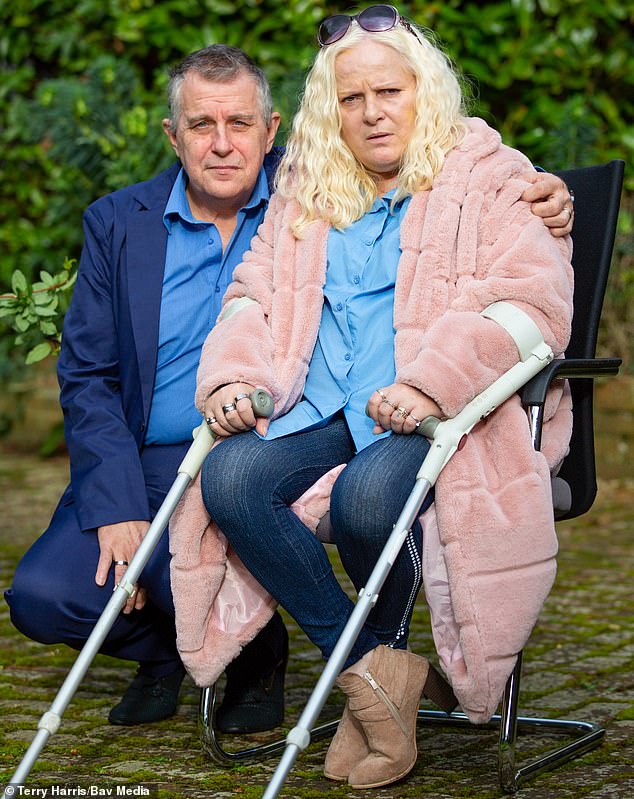 Ruth Neave – seen with her husband, Gary Rodgers – brutally mistreated her son in the miserable years leading up to the six-year-old’s slaying in 1994, but was cleared of murdering him after a jury trial two years later 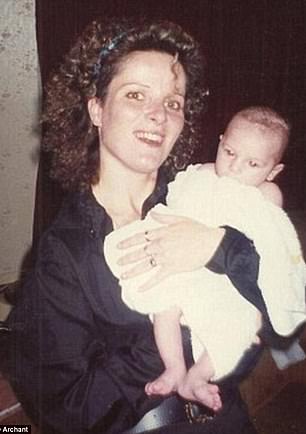 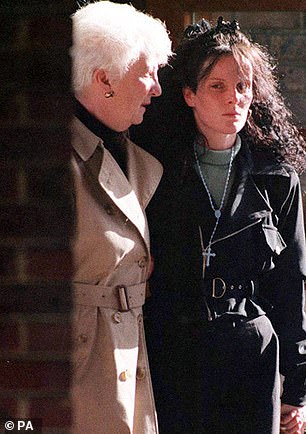 When Neave (pictured left with her son in the late 1980s and right at his funeral) was found not guilty of her son’s murder in 1996, the question of who did kill Rikki would remain unanswered for more than 25 years

Although she was found not guilty of murder, Neave – described in Watson’s trial as a ‘wholly unfit mother’ who used Rikki as a drug runner and ‘punch bag’ – had admitted to child cruelty was sentenced to seven years in prison.

She was eventually released from Holloway in 2000.

On one occasion, she allegedly left Neave screaming after locking him out of the house in his pyjamas.

In another incident, she held her son upside down on a bridge as he screamed, the jury heard. 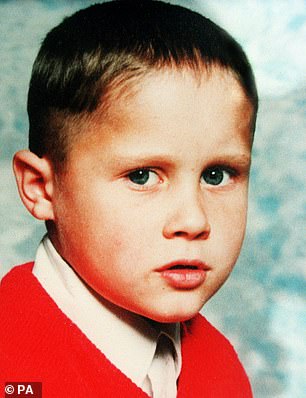 Neave complained in 2019 of ‘living under a cloud’ since her son’s death, as she begged police to ‘find the real killer’

She had also grabbed the child around his throat, pushed him against a wall and lifted him up ‘to the point his feet were about a foot above the ground’.

Neave’s ex, Trevor Harvey, had ended their relationship when Rikki was three.

The family were well known to local social services, the court in Watson’s trial heard, and Rikki in particular was on the at-risk register around the time of his death.

In the hope that his killer would be found, Neave had made a series of emotional television appeals that were later claimed in her trial to be an act.

She came under suspicion after it emerged that she was writing a book about a serial killer. Murder squad detectives had discovered how a killer in the book boasted: ‘I am a danger to myself – I am a threat to everyone.’

The mother-of-four had described her book as ‘a first person account of the perfect murder – about a fellow who strangles and mutilates a girl’.

On January 19, 1995, Neave was arrested and questioned over her son’s murder. Four days later, she was charged with offences against the child and was accused of assaulting, mistreating and neglecting her son. 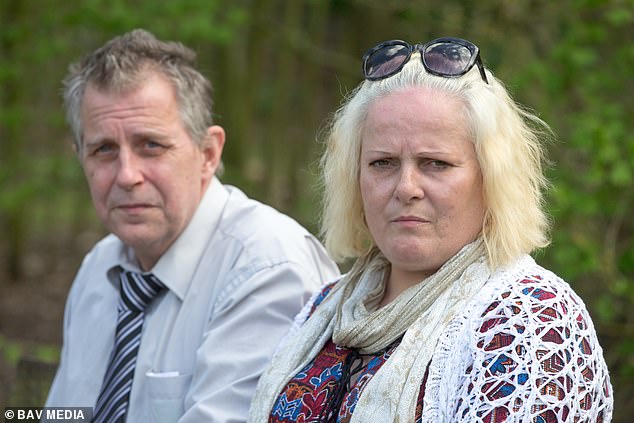 Neave was alleged to have treated all her children in a ‘savage’ manner. She is pictured above in 2016 with her husband Gary Rogers 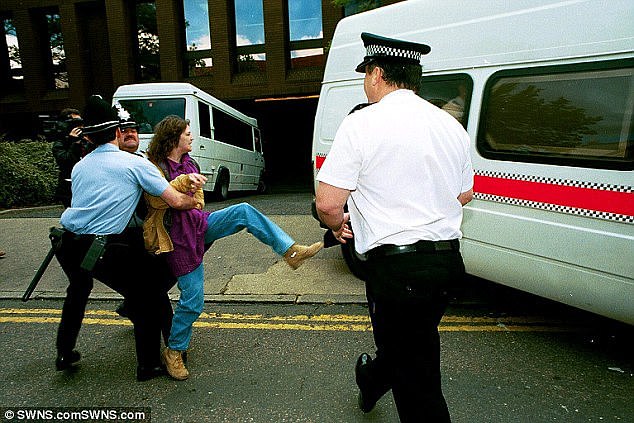 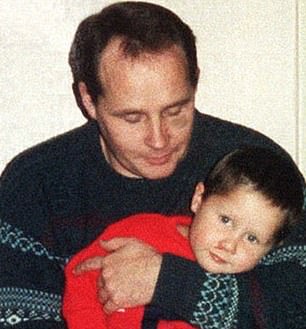 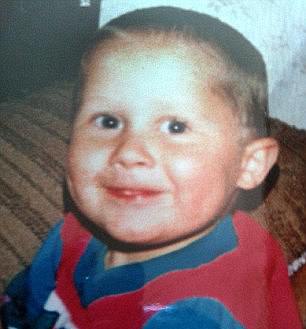 Rikki is pictured left with his father Trevor Harvey. Harvey ended his relationship with Rikki’s mother when his son was aged three. Right: A beaming Rikki during his short life

At her trial, it emerged that officers had found a picture of Leonardo Da Vinci’s famous Vitruvian Man inside a book that was in her home.

The picture depicted a figure in the cruciform position – the exact shape that Rikki had been found in.

The book spoke of sacrifice and the need to ‘choose a victim such as a male child of perfect innocence and high intelligence’, Neave’s trial heard.

The prosecution alleged that Neave had strangled her son by grabbing him by his anorak, lifting him up and twisting its cloth. It was said to be a method she had previously used to punish him. 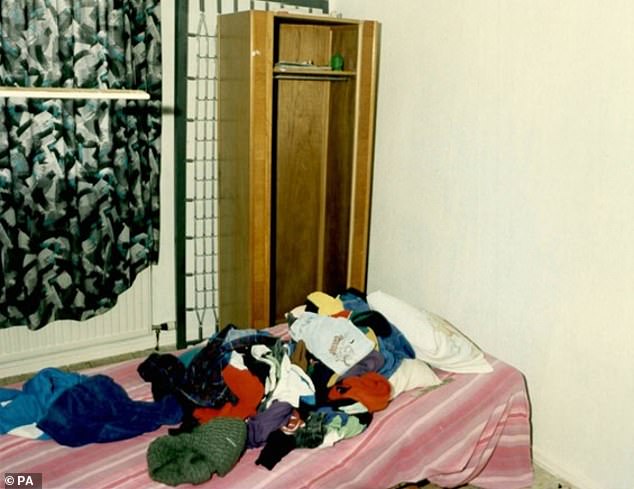 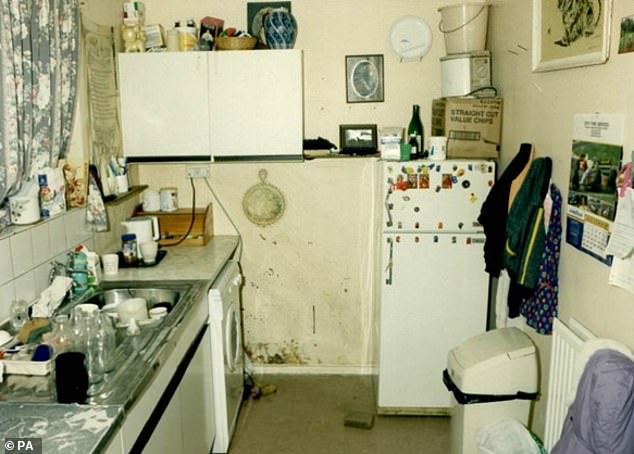 The filthy kitchen of a house Rikki lived in with his mother, Ruth, on Redmile Walk in Peterborough

Jurors also heard how, ten days before Rikki’s death, Neave told Cambridgeshire social services that she would kill her son if he was not taken into care.

But after 16 days of proceedings, she was found not guilty of Rikki’s murder and instead began a seven-year sentence for inflicting horrific and repeated cruelty on her son.

The case had hinged on the evidence of policeman PC Robert McNeil, who, on the night Rikki disappeared, did not find the child’s body when he searched the woods in which he was later found.

Whilst the prosecution had claimed the officer missed it in the dark, jurors acquitted Neave after being told she would not have had time to move his body after that time because police were with her. 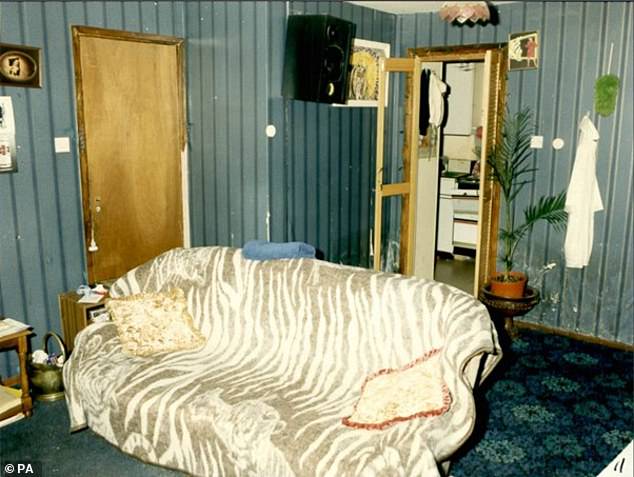 Jurors also heard how, ten days before Rikki’s death, Neave told Cambridgeshire social services that she would kill her son if he was not taken into care. Pic: The living room of the home where Rikki lived

The instances of abuse recounted in her trial included one occasion where she squirted washing up liquid into Rikki’s mouth. In another, she had kept him away from school because she had ‘knocked him black and blue’.

If Rikki annoyed his mother, she would ‘hit him so hard that she would knock him to the floor,’ original prosecutor Christopher Metcalfe had said in her trial.

Neave often locked Rikki’s sisters naked in their bedrooms, and she was said to have spent up to half of the money she received in benefits on drugs.

After Neave was released from prison in 2000 following her child cruelty conviction, she campaigned to have the inquiry into Rikki’s murder reopened. Today sees her long battle finally reach its conclusion.