She touched down at 6.55pm… Kittyhawk had flown her last: ROBERT HARDMAN watches as Queen’s casket is flown from Scotland to London before cortege brings traffic to a standstill on drive into capital

Kittyhawk has flown her last. At 6.55 last night, the most travelled monarch in history touched down for the final time — on this Earth at least.

The Queen’s RAF C-17 landed at RAF Northolt dwarfing everything around it — a vast plane to carry such a tiny coffin. Has it ever carried a more precious load?

Like every flight bearing the Queen, this one bore the call sign Kittyhawk. Air traffic control will hear that stirring signal no more.

As ever, the Princess Royal — the great royal heroine of recent days — was at her mother’s side. 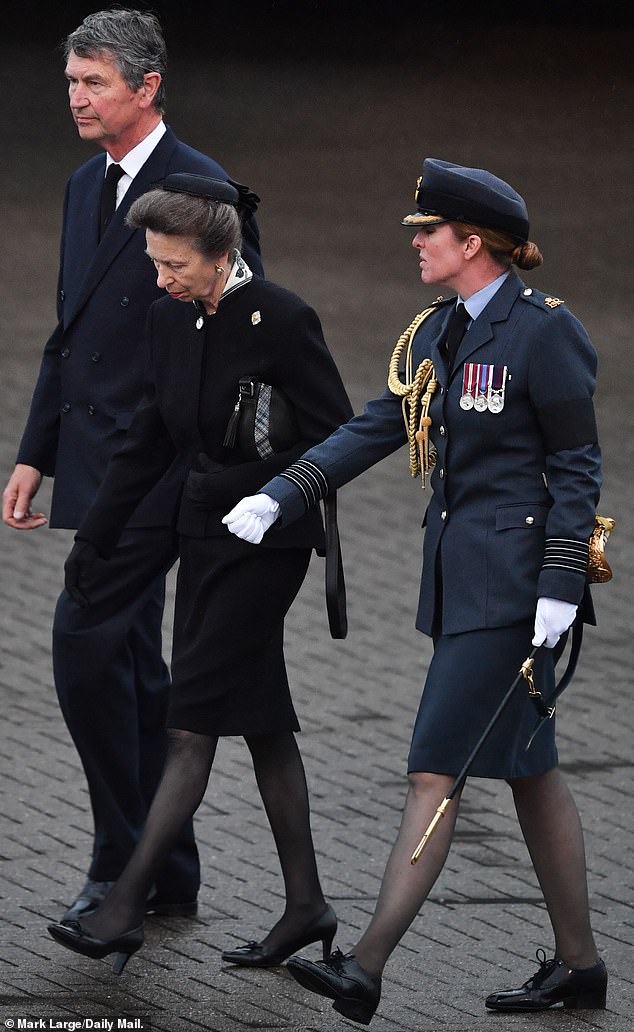 After leaving her beloved Scotland — East Lothian positively glowing in the late afternoon sun — the Queen arrived in London to find that evening drizzle had done nothing to deter the colossal crowds which continue to be a source of great comfort to her family (if not the authorities).

Last night, she was at rest at Buckingham Palace. Even after all the events of recent days, it was still extraordinary to think that this was her last night in the building which shaped her entire life.

You can chart her 96 years simply in terms of appearances on that balcony — from little girl, wartime subaltern, dazzling bride and Coronation Queen, right up to this summer.

She had entertained pretty much every significant figure in post-war history in those richly decorated rooms. 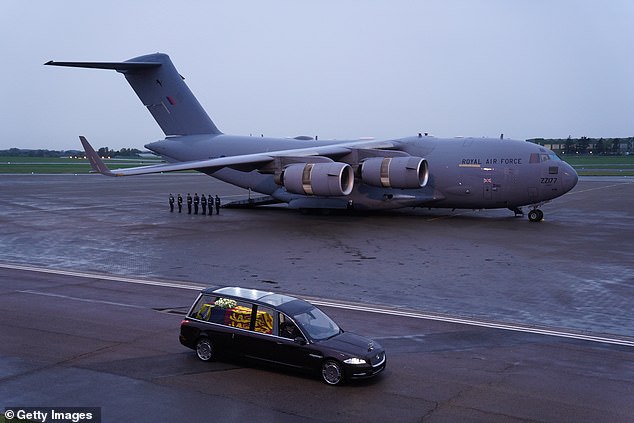 Robert Hardman: After leaving her beloved Scotland – East Lothian positively glowing in the late afternoon sun – the Queen arrived in London to find that evening drizzle had done nothing to deter the colossal crowds which continue to be a source of great comfort to her family

Yet there can never have been an evening as loaded with history and poignancy as the one she spent there yesterday, surrounded by just a tiny coterie of those who knew and loved her most.

It was a night wreathed with a sense of finality, of course, but it was also a first of sorts.

It is safe to say that the Queen had never before spent a night in the Palace’s Bow Room, the handsome centre of the ‘semi-state apartments’ overlooking the garden.

It is there that her coffin will continue to stay ‘at rest’ this morning as all the Palace staff have the chance to say their personal goodbyes to a boss universally admired and, indeed, adored.

This afternoon, the Queen will leave royal HQ for the final time when her coffin travels with all the majesty the nation can muster, her family and friends following behind. Then the full obsequies of state commence and ceremonial machinery rooted in a thousand years of history takes over.

Last night was, officially, an ‘operational’ return from Edinburgh to London. It was not even meant to be a major occasion. Yet it was as emotionally charged — and dramatic — as any of the greatest state arrivals of the reign. 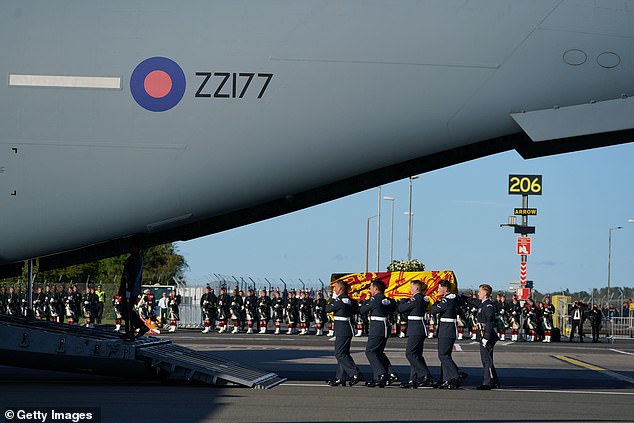 All the way from RAF Northolt to the Palace they bowed, sobbed, clapped and tossed the occasional rose into her path.

The westbound traffic on the A40 simply ground to a halt as commuters abandoned their cars to climb the central reservation and salute.Who could ever have imagined crowds ten deep outside Ealing’s drive-thru KFC? The nearer she came, the bigger the crowds, the louder the cheers. Past Paddington Station — now that is a name we have heard a lot of late — the pavements were at saturation point.

The route became grander as she turned down Park Lane and past the site of her childhood home on Piccadilly (she loved it there, and hated the move across to Buckingham Palace).

As the hearse reached the Palace, we did not just hear clapping and cheering, but even whistles of appreciation.

It is fascinating that there is still no settled mode of honouring Her Late Majesty. Mourn her, celebrate her — it is up to the individual.

But now her great journey across her kingdom is at an end. Let the full majesty of the greatest send-off of all times now begin in earnest.