RUDY Giuliani threatened a "trial by combat" in Congress as he said Mike Pence can reject Joe Biden's state wins.

Giuliani made the comments during a "Stop The Steal" rally on Wednesday morning, as Americans await the results of the Georgia Senate race.

Read our US Politics live blog for the Georgia runoff results, Electoral College updates, and latest on the 'Stop the Steal' protests 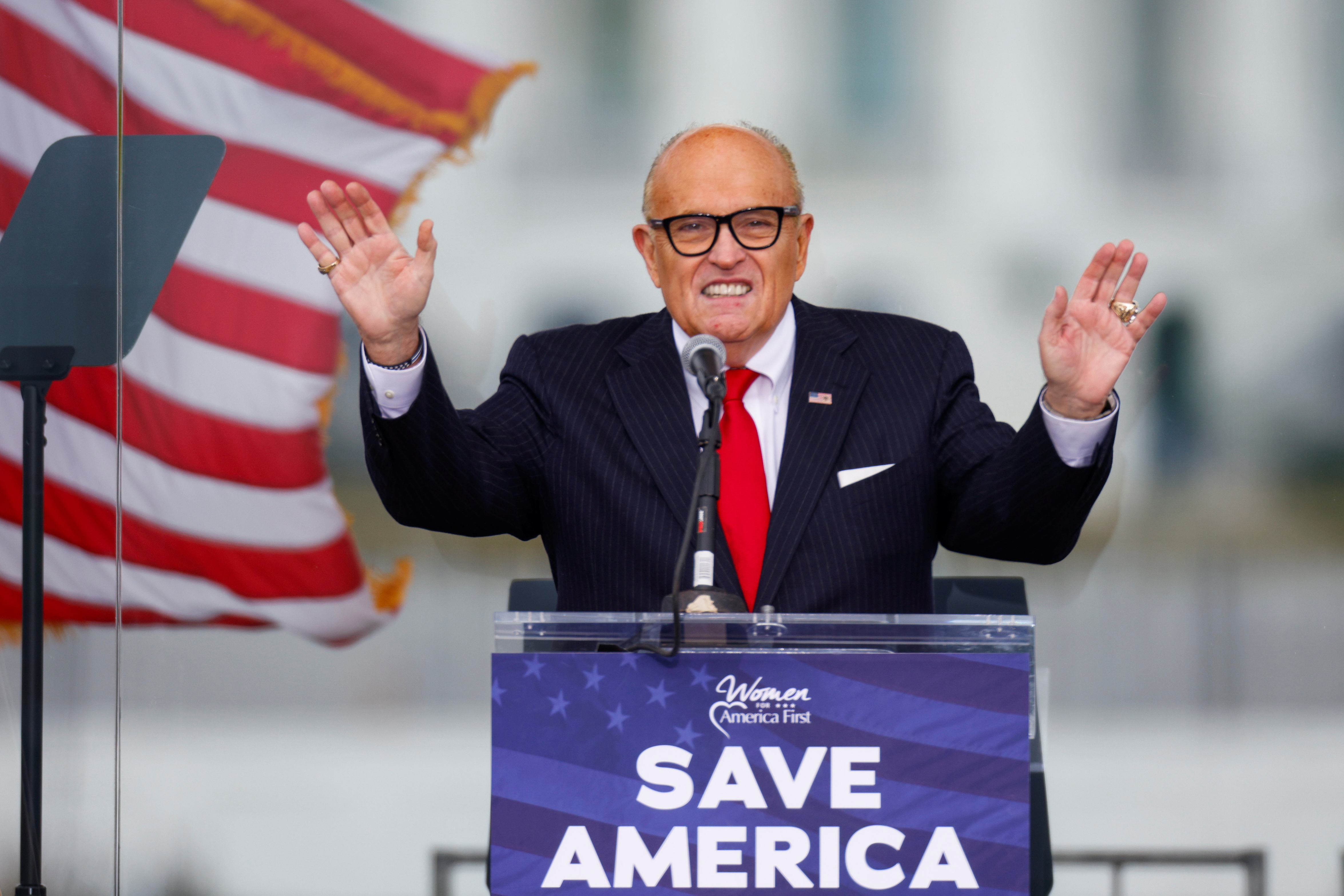 The attorney insisted that everything is "planned," "appropriate" and "perfectly legal."

He went on to insist that Vice President Mike Pence could reject the states' Electoral College results.

"Let's have trial by combat," he told supporters.

However, according to the 12th amendment of the Constitution, Pence will not be able to overturn the vote.

The law states that the vice president cannot judge who won a state's electoral votes.

Trump has pressed Republican lawmakers to formally object at a joint session of Congress on Wednesday that is set to confirm Biden's victory in the Electoral College.

The outgoing president's attempts to overturn the election has split the Republican Party, with some backing him and others turning against him.

Pence, who is under pressure to tip the results for Trump, will be closely watched as he presides in a ceremonial role over Wednesday’s joint session.

"I promise you this: On Wednesday, we’ll have our day in Congress," Pence said while himself campaigning in Georgia ahead of Tuesday’s runoff elections that will determine control of the Senate.

Trump brought up Pence's vote during a rally in Dalton, Georgia, on Monday night.

After starting his speech saying the presidential election was "rigged" and "there's no way we lost," he also turned to Pence as being a beacon of hope that would overturn his election loss.

"Of course, if he doesn't come through, I won't like him quite as much," he joked.

Trump continued to hammer home his requests for Pence to "come through" on Wednesday morning, asking him to send votes "back to the States," saying "do it Mike, this is a time for extreme courage!"

However, Pence's role is mostly ceremonial and has no bearing on the actual certification of the election results.