RUSSIA claims to have intercepted a US spy plane as tensions mount on the Ukraine border amid the threat of "full-scale combat operations".

Footage appears to show a MiG-31 fighter jet intercepting a US RC-135 reconnaissance aircraft off the coast of Russia. 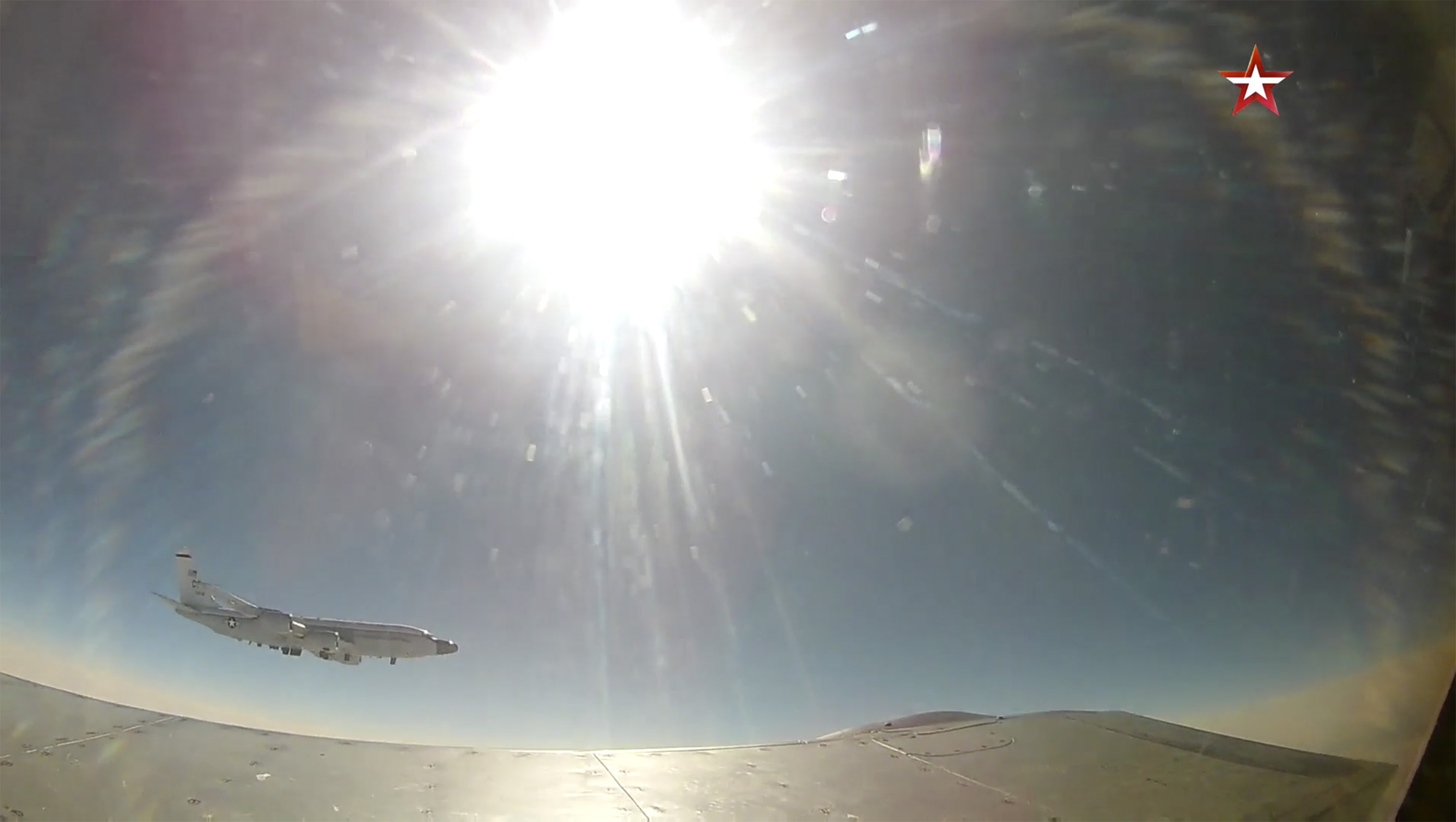 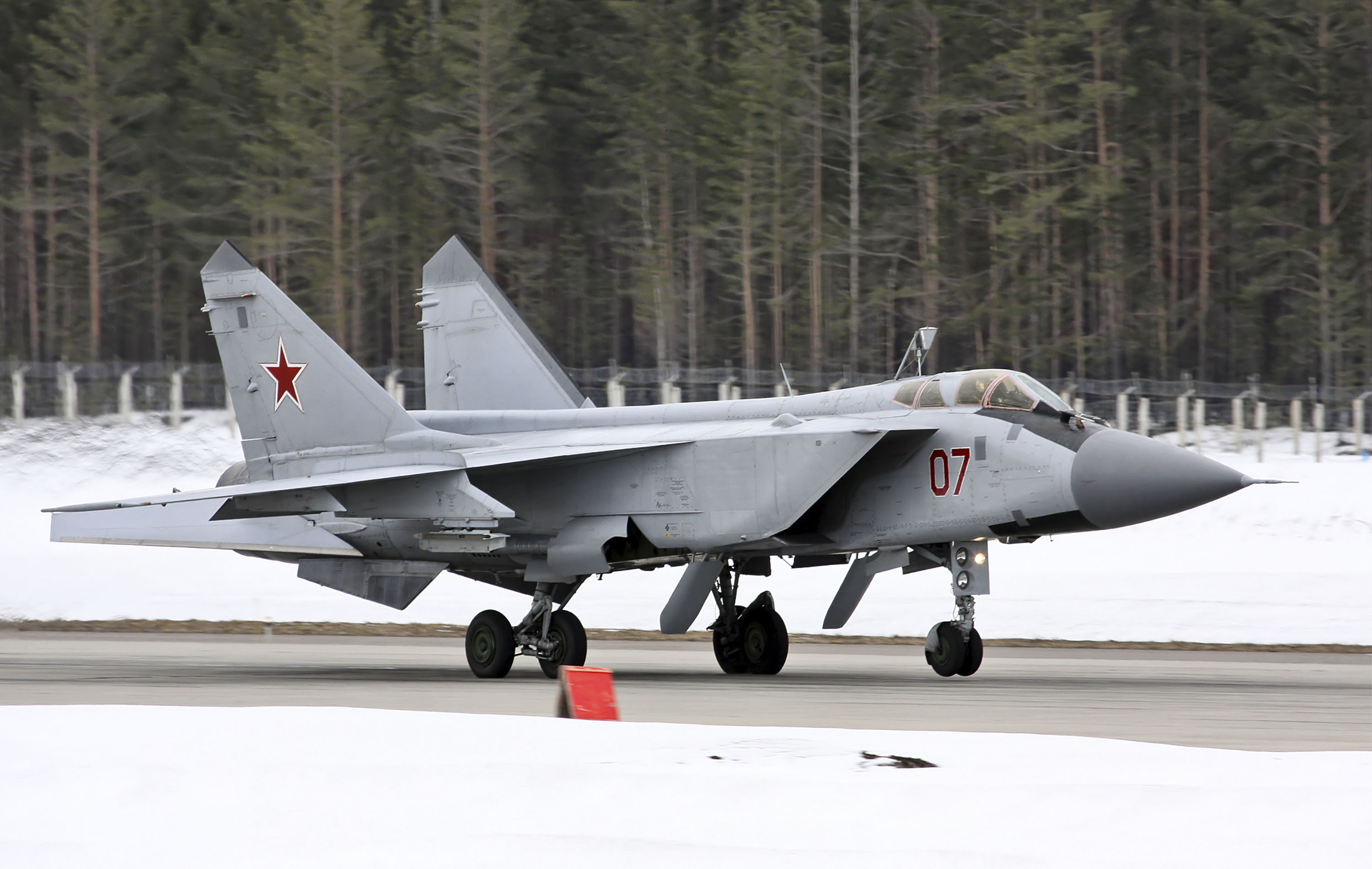 The incident comes as Russian President Vladimir Putin masses tens of thousands of troops and heavy military equipment close to the Russian border with Ukraine amid fears of "all-out-war".

The American plane is seen from the cockpit of the Russian warplane off the coast of the Kamchatka peninsula, according to reports.

"To identify the air target and prevent violation of the Russian state border, a MiG-31 fighter from the air defence forces of the Eastern Military District was scrambled," the Russian National Defence Control Centre said.

"The crew of the Russian fighter identified the air target as a strategic reconnaissance aircraft RC-135 of the US Air Forceand escorted it over the Pacific Ocean."

The statement said the Russians acted "in strict accordance with international rules for the use of airspace".

"Violations of the state border were averted," it said.

In recent months, Russia has claimed NATO has intensified its air operations near the Russian border with such flights posing the "risk of an accidental escalation". 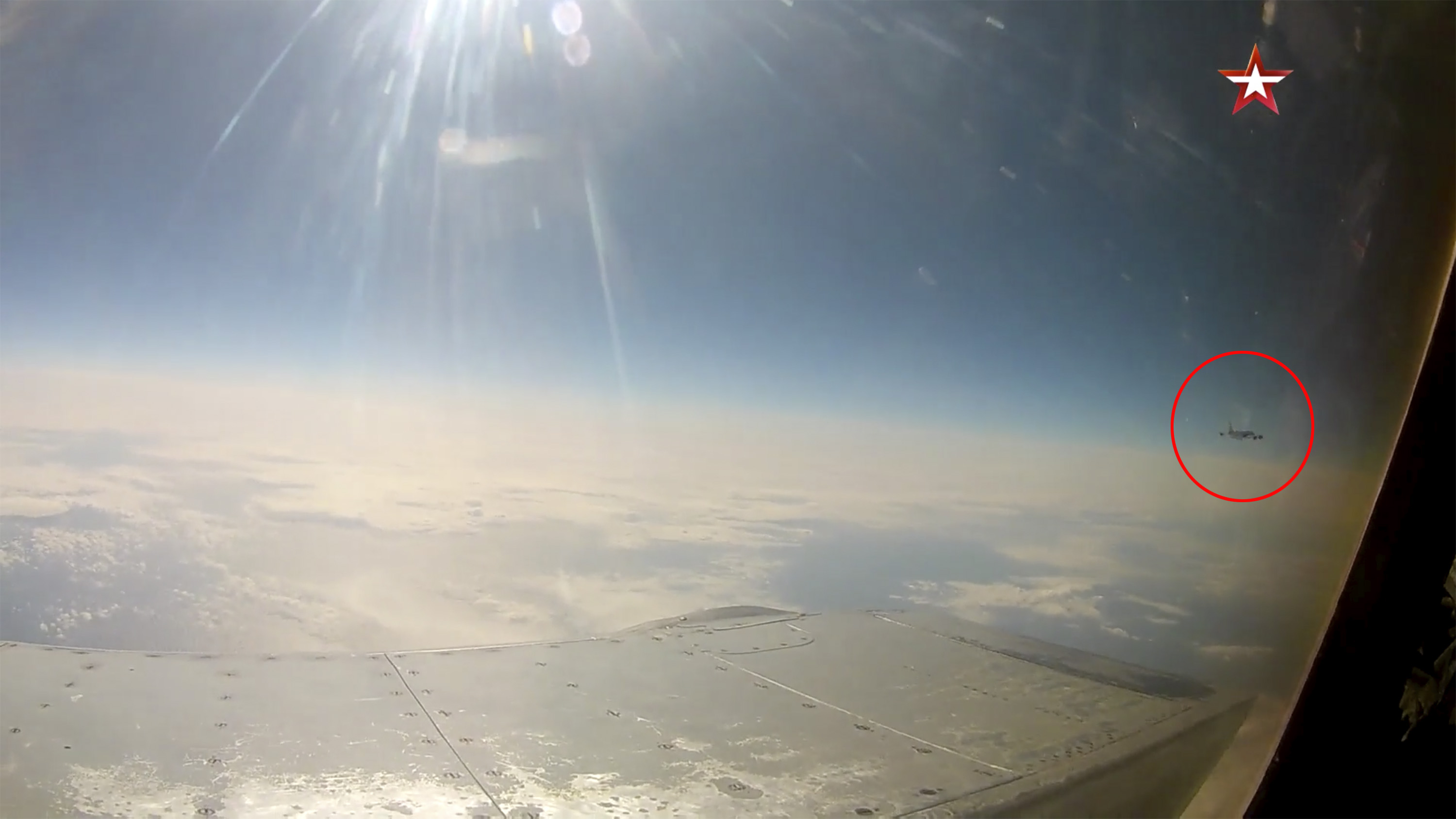 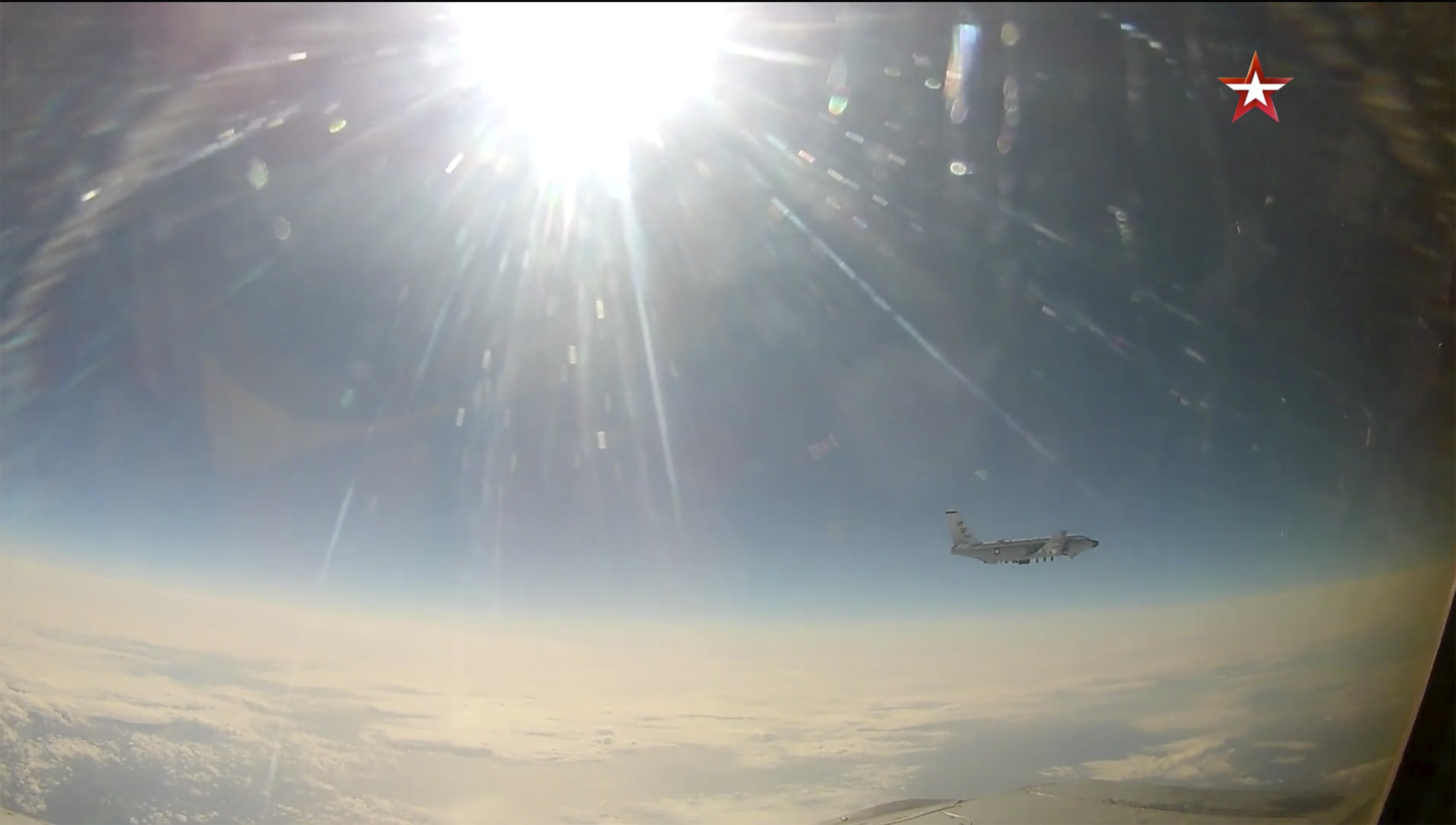 It comes amid fears the Russia-Ukraine crisis could "erupt into all-out war" within days after the Kremlin threatened to "end" Kiev as military tensions were pushed to breaking point.

The US is sending two warships through the Bosphorus to the Black Sea, while Russia is also boosting naval deployments in the area.

Turkey's foreign ministry said: "A notice was sent to us 15 days ago via diplomatic channels that two US warships would pass to the Black Sea, in line with the Montreux Convention. The ships will remain in the Black Sea until May 4."

Western and Ukrainian officials have raised concerns in recent weeks about the Russian troop build-up along the border with Ukraine.

The concerns intensifed on Friday as US Secretary of State Antony Blinken spoke to his French and German counterparts.

Putin, during a telephone conversation with Turkey's President Tayyip Erdogan on Friday, accused Ukraine of "dangerous provocative actions" in the Donbass region.

And Russian Deputy Foreign Minister Alexander Grushko raised concerns over what he claimed was increasing Black Sea activity by powers that did not have a coast line in the region – an apparent reference to the US.

"The number of visits by NATO countries and the length of the stay of (their) warships have increased," he was quoted as saying by the Interfax news agency.